An investigation found that Myanmar’s military have begun a mass torture campaign against its citizens since February.

The Associated Press conducted several of interviews with women and children as well as previously detained citizens and ex-military officials. Using written and photographic evidence, the investigation looked into a “highly secretive detention system that has held more than 9,000 people” in Myanmar. The military has killed over 1,200 people since February, according to the AP.

The outlet found various interrogation and detention centers throughout Myanmar. Prisoners and detainees came from different countries and ethnic groups, varying from 16-year-olds to old monks. Reasons for detention ranged from protesting against the military and other arrests for “no discernible reason”.

“The soldiers in rural Myanmar twisted the young man’s skin with pliers and kicked him in the chest until he couldn’t breathe. Then they taunted him about his family until his heart ached, too: ‘Your mom,’ they jeered, ‘cannot save you anymore,'” the report included.

“After receiving detailed requests for comment, military officials responded with a one-line email that said: ‘We have no plans to answer these nonsense questions,'” according to the AP. (RELATED: Myanmar Blocks Facebook Access After Coup) 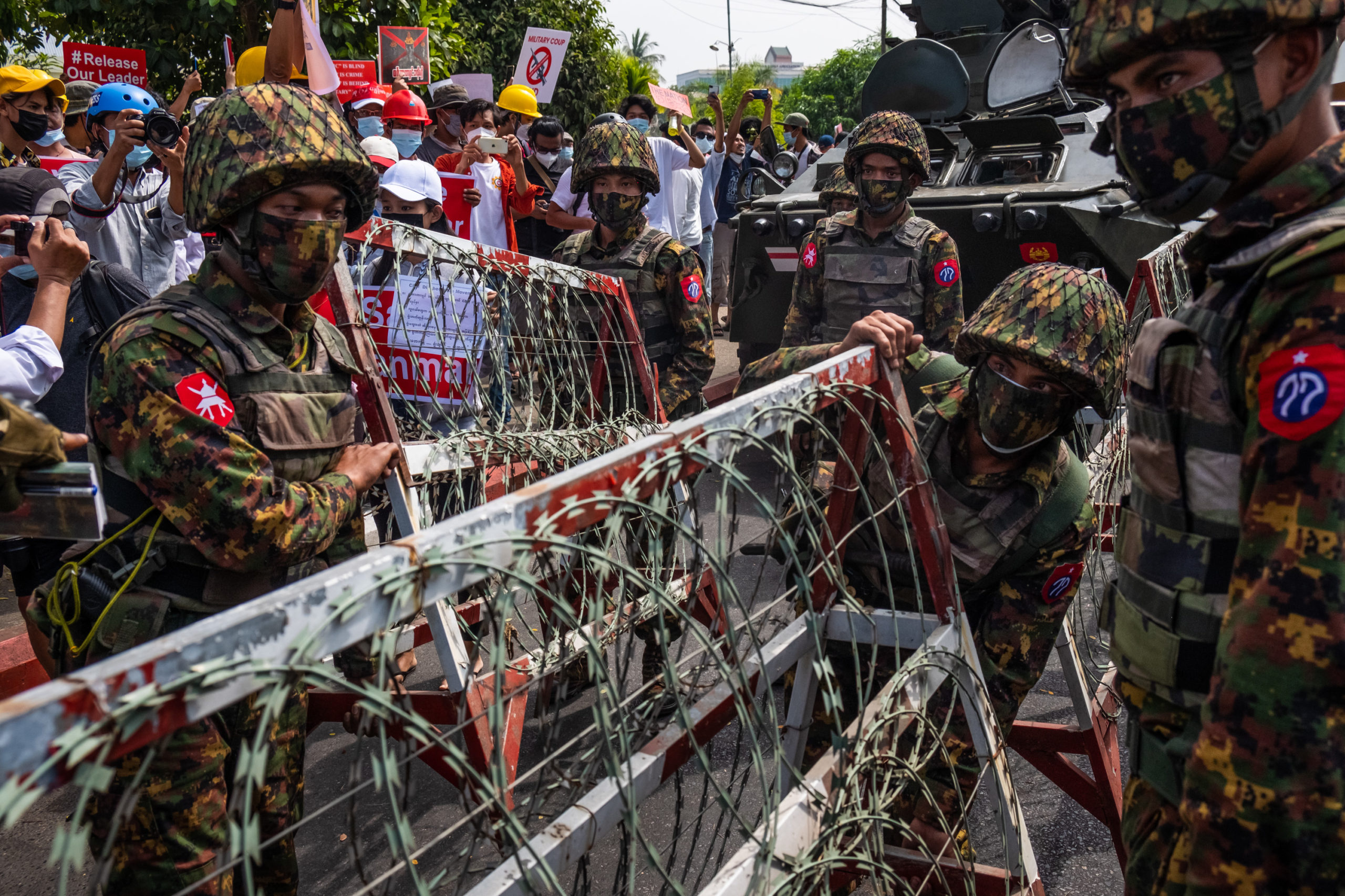 Photos seen in the report show torture victims beat with sticks, rods or other equipment. “You look at some of those injuries where they’re just black and blue from one end to the other,” forensic pathologist Dr. Lindsey Thomas told the AP. “This was not just a swat. This has the appearance of something that was very systematic and forceful.”

The investigation found that the military actively attempted to hide proof of torture by forcing detainees sign a document swearing no torture happened. Doctors were coerced to falsify a prisoner’s death record to note their death was due to previous underlying health issues.

The The Armed Conflict Location & Event Data Project recently found that Myanmar is “currently the deadliest country for demonstrators in the world.”

#Myanmar is currently the deadliest country for demonstrators in the world.https://t.co/ZO7lGEoDGy

The military in Myanmar took power in February and declared a state of emergency after it detained leaders and officials of the Democratic government.