We’ve all heard the story about the panicked mom summoning superhuman strength to lift a car off her trapped child. I’m not sure if it’s ever really happened, but I am sure that any politician who interferes with a mother’s ability to raise her children with the values she sees fit is playing with fire. The Democrats are holding the matches. Of all the radical ideas they’ve been trying to foist on America, messing with parents on K-12 education may be the one that does them in.

Democratic politicians have repeatedly failed to stand up to the “woke” crowd, the activist radical left wing of their own party. Remember the open borders question in the 2019 Democratic presidential primary debates? The moderators asked all the candidates to raise their hand if they wanted to decriminalize illegal border crossings. Almost every Democratic candidate raised a hand. Joe Biden was elected and took apart the Trump-era border policies that were working, and we now have record high levels of illegal border crossings and record low levels of arrests. Polls now show that opening the southern border isn’t actually popular with regular Americans, and now it looks as if the Biden administration may be walking back its radical open-border position. Most prominently, the White House has announced plans to begin reinstating Trump’s successful “Remain in Mexico” policy. (RELATED: Over 1.7 Million Migrants Apprehended In Fiscal Year 2021: REPORT) 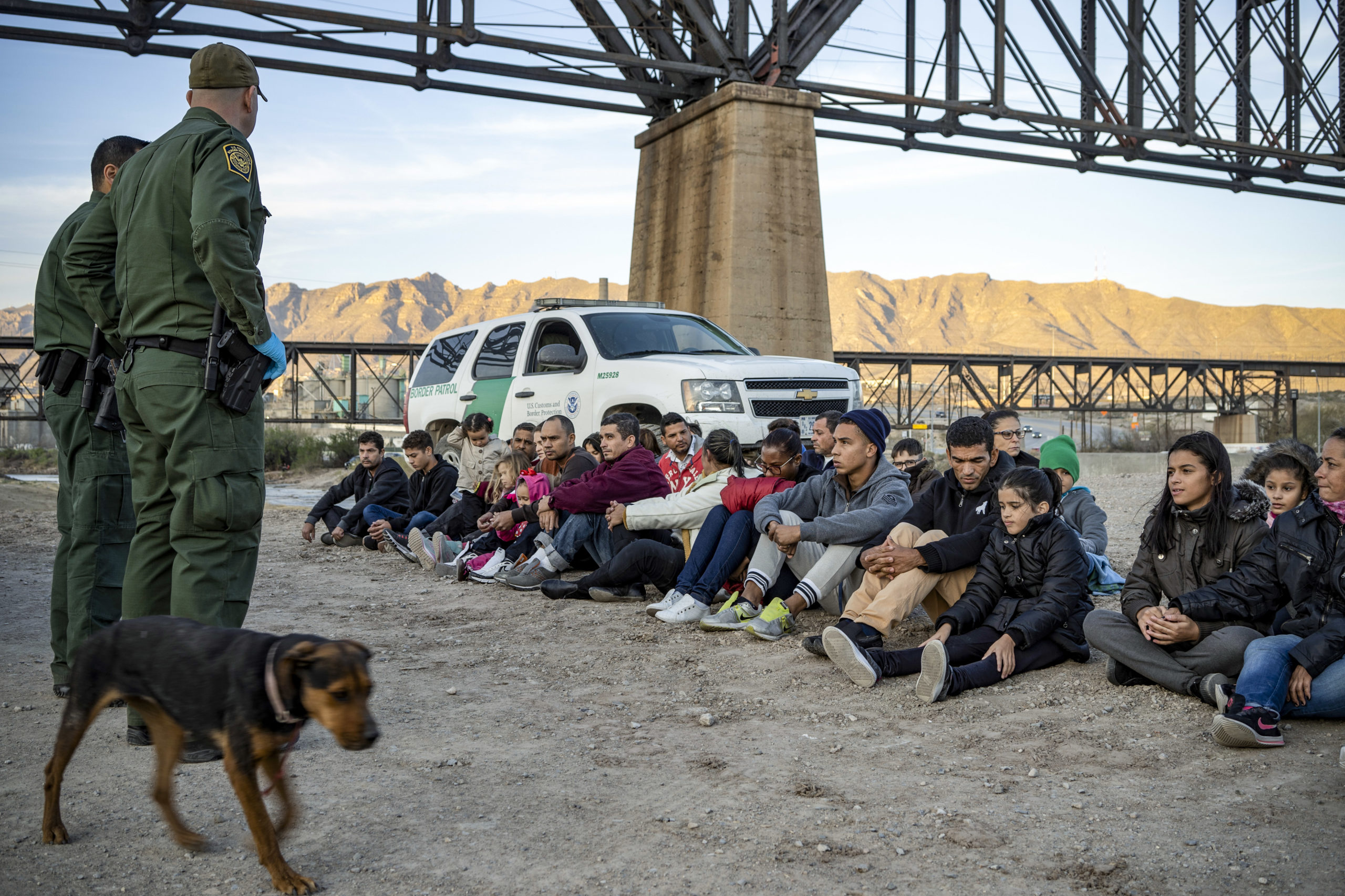 TOPSHOT – A group of about 30 Brazilian migrants, who had just crossed the border, sit on the ground near US Border Patrol agents, on the property of Jeff Allen, who used to run a brick factory near Mt. Christo Rey on the US-Mexico border in Sunland Park, New Mexico on March 20, 2019. (Photo by Paul Ratje / AFP) (Photo credit should read PAUL RATJE/AFP via Getty Images)

Democratic politicians around the country got caught up in the “defund the police” movement as well. It’s hard to find something crazier than open borders, but getting rid of police is a new level. Are there police abuses? Do we need police reform? The answer is, of course, yes. But only a crazy person thinks getting rid of the police is a real answer. Now that crime is going up, Democratic politicians across the country are starting to reverse course.

These are clearly wacky ideas. It’s hard to imagine the thought process that caused leading Democrats to promote them. Regardless, Democratic politicians’ unwillingness to stand up to the insanity in their own party has clearly hurt them in the polls. Hispanic voters, independents and even suburban moms are getting turned off by the ideological, radical strain driving the agenda. It seems that even after scalding their hands on the hot stove, Democrats are coming back for more punishment. This time, they are helping the radicals screw around with children’s education.

The things happening in American schools are truly scary. Despite the left’s desire to keep it quiet and the liberal media’s desire to whitewash it, parents are catching on — and they are not happy.

Meanwhile, a teacher in New York City made headlines when he complained about students and teachers being broken up by race for “anti-racism” training, wherein they were taught that “objectivity” and “individualism” were white attributes. A school in Cupertino, California, asked third graders to “deconstruct their racial identities, then rank themselves according to their ‘power and privilege,’” according to City Journal. And, finally, if critical race theorists aren’t trying to indoctrinate children, why is the country’s leading critical race theory guru hocking an “Antiracist Baby” picture book for infants?

There are countless examples. Kids may not be learning the “advanced legal theory” graduate schools offer, but it is clear to anyone who has not had a significant psychological break from reality that these concepts are downstream from that theory, and schools are adopting them.

Contrary to the views espoused by Martin Luther King Jr., these concepts are teaching students that race defines us. They are teaching kids to judge others based on race. As usual with the left, this insanity is packaged to sound nonthreatening. They call it “critical race theory.” You shouldn’t. Just call it racism. That’s all it is. 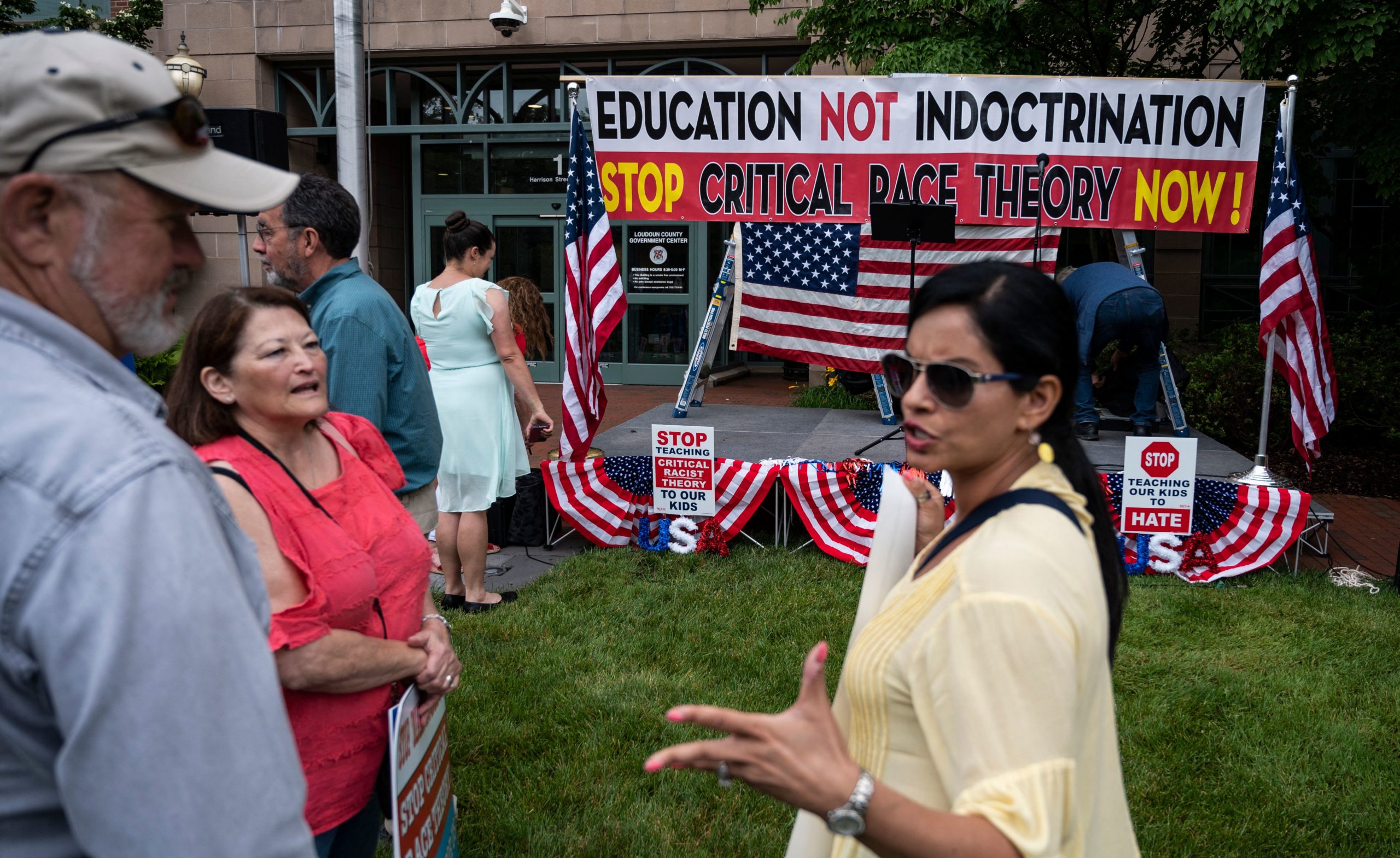 People talk before the start of a rally against “critical race theory” (CRT) being taught in schools at the Loudoun County Government center in Leesburg, Virginia on June 12, 2021.(Photo by ANDREW CABALLERO-REYNOLDS/AFP via Getty Images)

Former Secretary of State Condoleezza Rice, a product of the segregated South, most eloquently pushed back on the insanity this week: “One of the worries that I have about the way that we’re talking about race is that it either seems so big that somehow white people now have to feel guilty for everything that happened in the past — I don’t think that’s very productive — or black people have to feel disempowered by race. I would like black kids to be completely empowered, to know that they are beautiful in their blackness, but in order to do that I don’t have to make white kids feel bad for being white.” (RELATED: Condoleezza Rice Sparks Explosive Debate On Critical Race Theory)

That’s all there is to it. That’s America. Outside of the radical left and a few crazy racists on the fringe, most Americans share Rice’s vision. Parents should certainly have the right to instill these American ideals in their children. I wouldn’t want to be the one getting in their way.

The second area of radicalization in our schools concerns the LGBTQ agenda. Two recent headlines highlight the insanity in our schools going on in the name of tolerance. First, in Loudoun County, Virginia, a young girl was allegedly sexually assaulted by a male student with a skirt on in a female bathroom. The school district allegedly attempted to cover up the assault and instead arrested the young girl’s father when his complaints were viewed as endangering the school’s bathroom policies. Second, teachers in Broward County, Florida, brought elementary school kids to a gay bar for a field trip. There are so many things wrong with this. Who takes elementary school kids to any bar for a field trip? Who thinks teaching kids that young any of this in school makes sense in the first place? It’s literally insane.

Democrats may have made mistakes on the border and with policing, but there’s a good chance that the school issues dwarf even those within the electorate. Parents have the right to teach their children their own values. That’s a concept almost everyone agrees with. Yet, to date, the Biden administration’s only response to parents’ growing concerns was a Justice Department memorandum that equated concerned parents with domestic terrorists. That’s a decision they are very likely going to regret.