Tallink Grupp, the European company that operates the ships, confirmed Friday that the first of the ships to arrive would be powered by fossil fuels since there aren’t onshore power capabilities at the port where it will be docked during the conference, the Independent reported. It is unclear if the second ship, which has yet to arrive, will also be powered by fossil fuels, but it would be forced to do so if it is docked at the same port.

The first ship, the Silja Europa, will house 3,000 conference participants in its 1,119 accommodations, according to a press release from Landry & Kling Global Cruise Services which contracted to provide the cruise liners for the conference. The second ship, the Tallink Romantika, will house roughly half as many officials in its 685 rooms.

Officials will take shuttle busses from the dock to conference meetings, the BBC reported. It is unclear if the shuttles will be electric vehicles. (RELATED: UN Climate Conference Sponsor Unilever Is Among World’s Biggest Plastics Polluters: REPORT)

“These things are all just total hypocrisy,” Myron Ebell, the director of the Center for Energy and Environment at the Competitive Enterprise Institute, told the Daily Caller News Foundation in an interview.

“None of this would be possible if there weren’t just sheer hypocrisy involved because of the amount of energy and resources used to produce a conference with 20-30,000 people,” he continued. 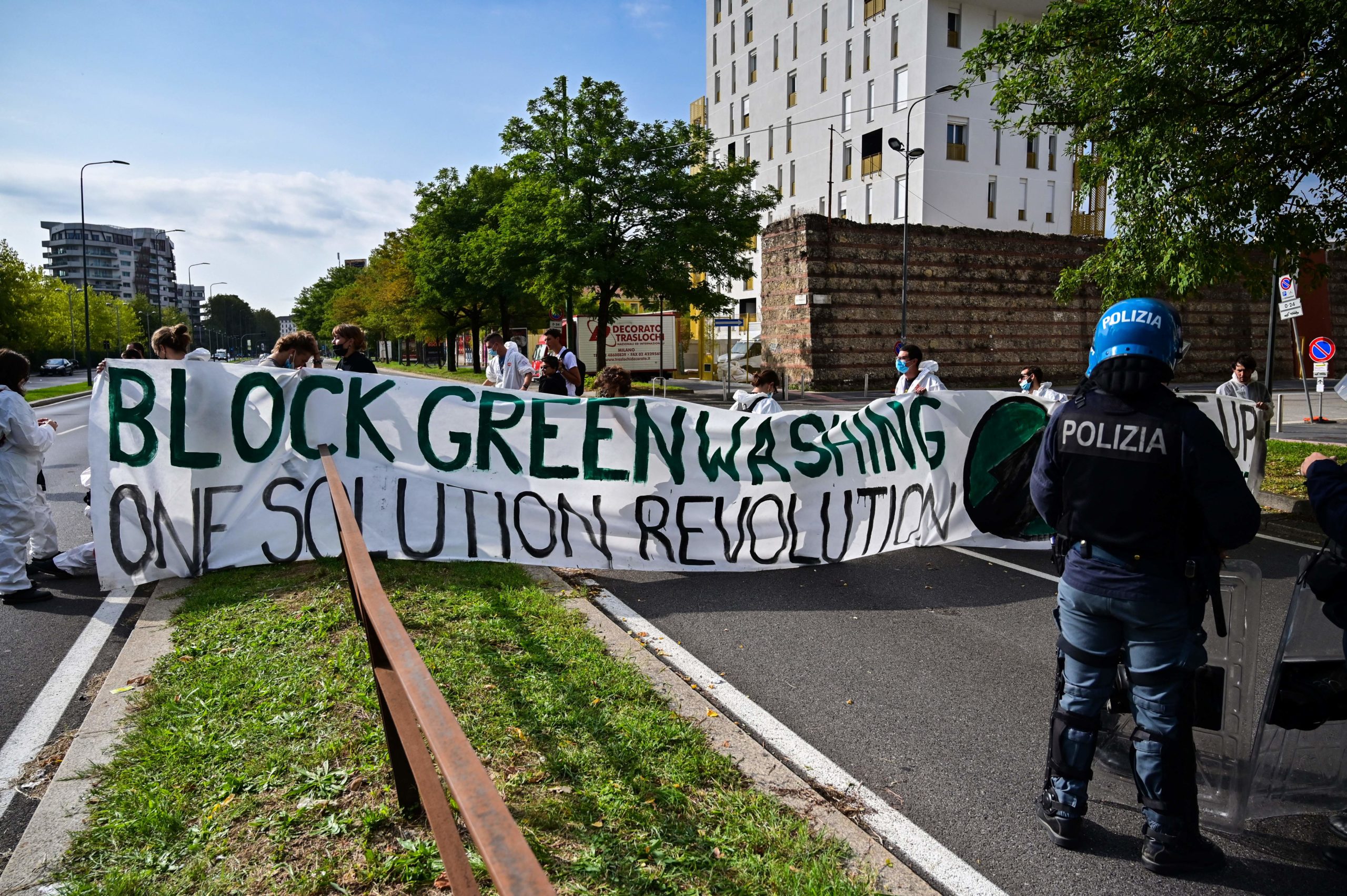 Activists of the Climate Justice Platform attempt to slow down traffic during the Pre-COP 26 summit in Milan, Italy on Sept. 30. (Miguel Medina/AFP via Getty Images)

Tallink, meanwhile, has spent roughly $4.9 million to upgrade its cruise liner fleet to be able to use onshore energy sources when parked at docks, according to the Independent. Since the U.K. dock where the ships will be docked doesn’t have that capability, the Tallink liners will instead use auxiliary engine power.

The European company previously estimated that relying on onshore power reduces each ship’s carbon dioxide emissions by up to 100 metric tons per month, the Independent reported.

Overall, about 25,000 government officials representing hundreds of nations, journalists, business leaders and activists are expected to attend the conference between Oct. 31 and Nov. 12, according to the BBC. About 120 heads of state, including President Joe Biden, will also participate in the talks.

Leaders hope to make additional climate commitments to significantly reduce global emissions during the conference. The most recent round of climate talks at this scale occurred at the 2015 UN conference in Paris, France.