The U.S. announced it will provide an additional $144 million in aid to Afghanistan as part of efforts to help citizens in the country in a statement by Secretary of State Antony Blinken on Thursday.

The assistance brings the total amount of aid to Afghanistan to $474 million in 2021, making the U.S. the top aid donor to the country out of any nation, the statement wrote.

His statement emphasized the aid would benefit the “people of Afghanistan,” not the Taliban, and he said the U.S. would hold the country’s new rulers “accountable for the commitments they have made.”

Aid to Afghanistan during the latest crisis has been made more complicated by the Taliban’s takeover of the country. The Biden administration froze $9.4 billion in assets from accounts held in Afghanistan’s central bank after the country fell.

“Strict adherence to humanitarian principles is the best way to set expectations that aid will be based on needs and independently targeted to those who need it most,” a State Department spokesperson said in a statement to the Daily Caller News Foundation. “As we convey to the Taliban our expectation that they allow aid to flow in a principled manner, we are underscoring the fact that, as a donor, we will not tolerate diversion or interference in aid operations.” 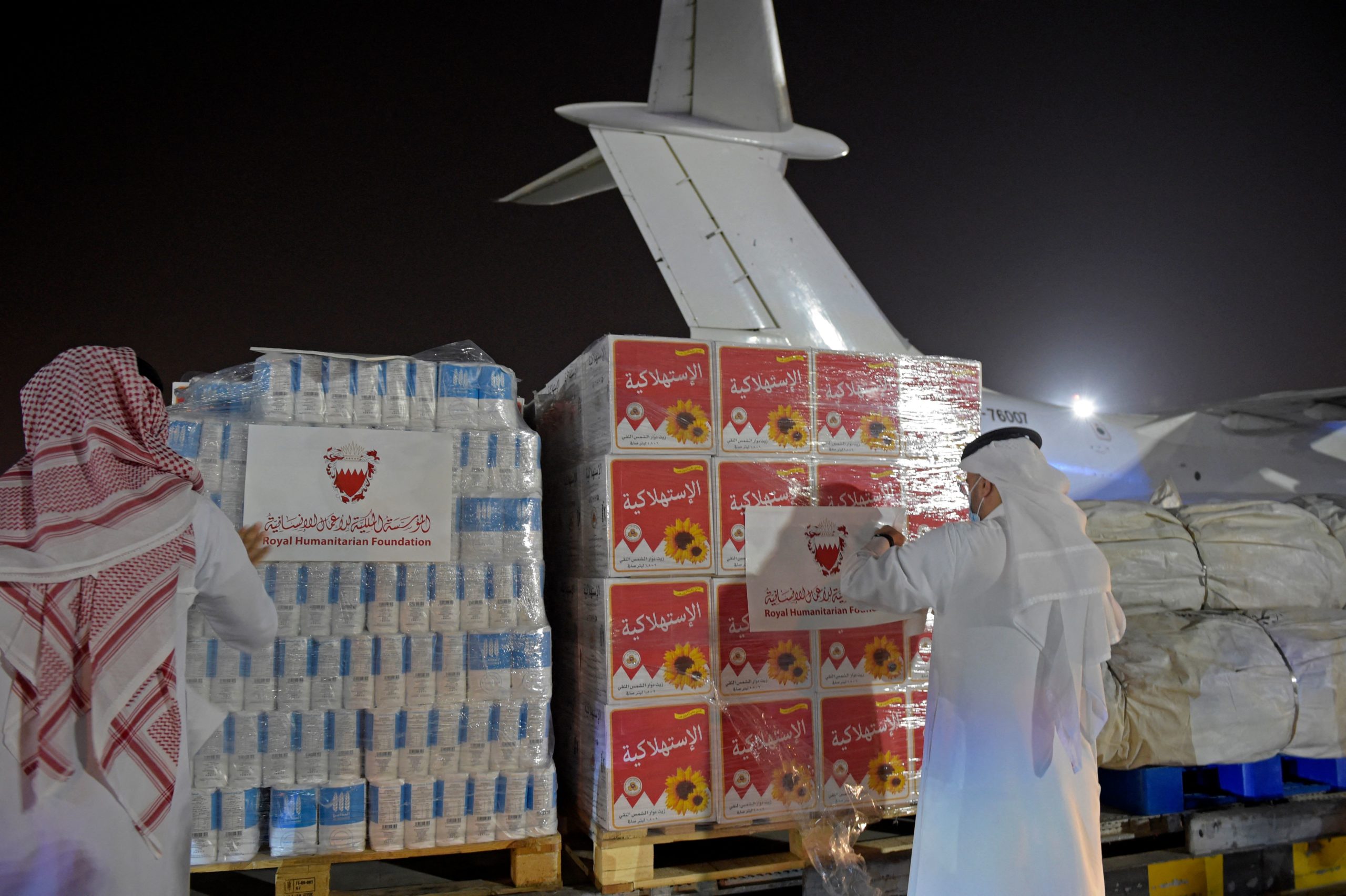 Volunteers label a shipment of humanitarian aid to be sent to Afghanistan at Bahrain International Airport on Muharraq Island, near the capital Manama, on September 4, 2021. (Photo by MAZEN MAHDI/AFP via Getty Images)

All USAID-funded development assistance activities have been suspended in Afghanistan, according to a report by the Special Investigator General for Afghanistan Reconstruction (SIGAR). The International Monetary Fund has also suspended Afghanistan’s access to its resources, while the World Bank halted its aid a week later due to concerns about the “development prospects, especially for women,” the BBC reported.

UN Secretary General Antonio Guterres previously said the international community needed to “inject cash” into Afghanistan in order to prevent its economy from collapsing. “The crisis is affecting at least 18 million people, half of the country’s population,” he said. (RELATED: ‘Get Out Before They Get You’: Lieutenant General In Charge Of Iraq Withdrawal Says US Didn’t Prepare For ‘Worst Case Scenario’ In Afghanistan)

The UN Development Programme estimates poverty levels in Afghanistan could increase by up to 25 percentage points by mid-2022, compared to 2020, and warns the country could face “universal poverty” with approximately 97% of citizens living below the poverty line.

“Right now, with assets frozen and development aid paused, the economy is breaking down,” Guterres added. “Banks are closing and essential services such as health care have been suspended in many places. We need to find ways to make the economy breathe again.”