At least 10 people died and 25 were wounded after a Houthi rebel missile hit a religious facility in the province of Marib, Yemen, country officials said Monday, the Associated Press reported.

Women and children died in the attack targeting the Dar al-Hadith religious academy and mosque in Sanaa’s al-Aumd neighborhood Sunday night, according to the AP. The missiles also damaged several homes in the area, according to officials who spoke on the condition of anonymity since they weren’t authorized to speak on the matter.

Around 1,200 students attended the school but many of them left after the Houthis increased attacks around Marib last month, the AP reported. The Houthis have not commented on the attack and Yemen’s Information Minister Moammar al-Iryani said several women and children were injured.

“This horrific massacre comes after a series of systematic killings of civilians that the terrorist Houthi militia committed in the past few days,” al-Iryani said, the AP reported. 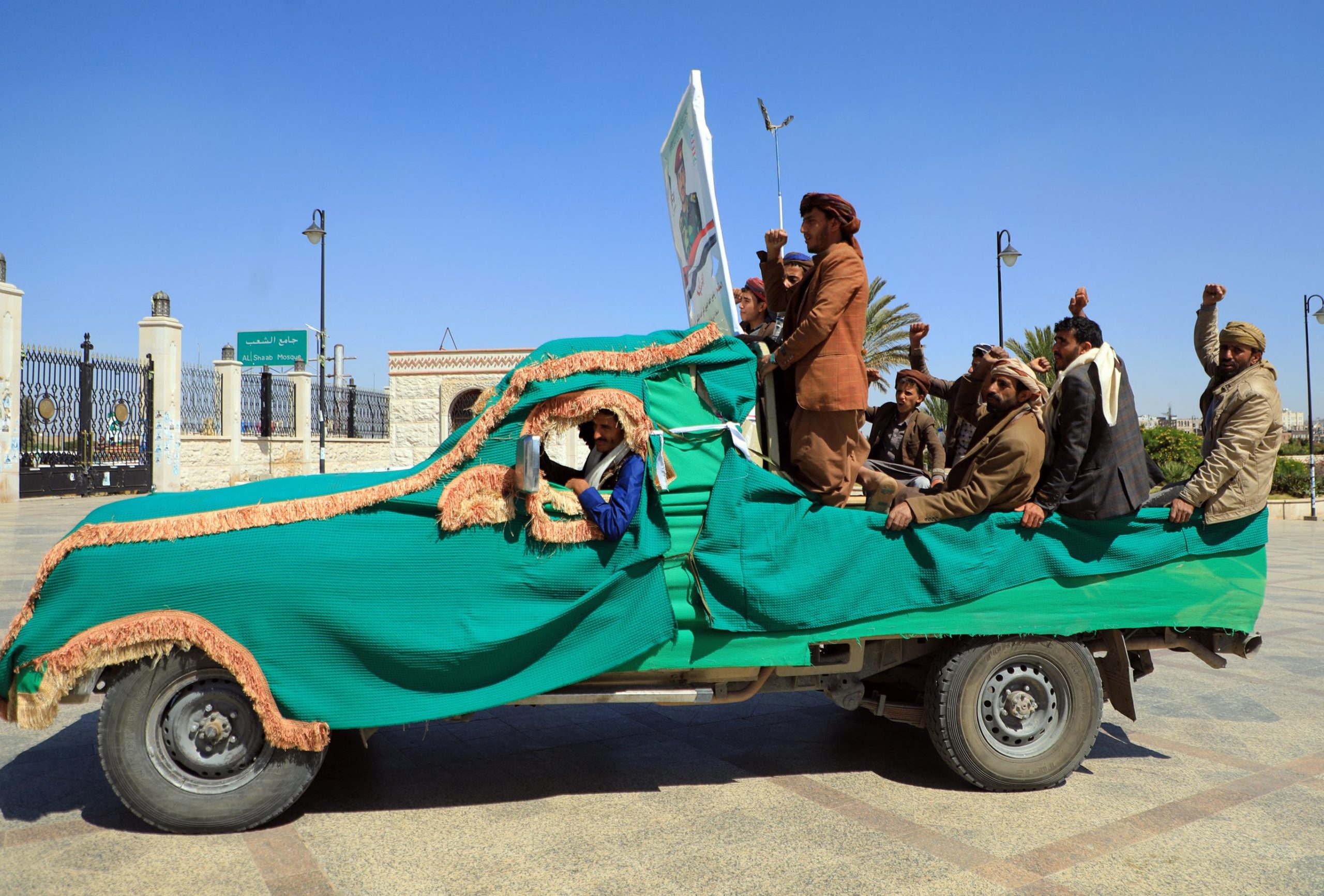 Yemenis attend the mass funeral of Huthi rebel fighters killed in battles with Saudi-backed government troops in the Marib region, at the capital Sanaa’s al-Saleh Mosque on October 28, 2021. (Photo by MOHAMMED HUWAIS/AFP via Getty Images)

Al-Iryani asked the U.S. and U.N. Security Council to put pressure on the rebels and prosecute those involved in the attacks as “war criminals,” according to the AP.

A Houthi missile killed at least 11 people and injured 16 others in an attack on a tribal leader’s home in al-Aumd on Thursday, the AP reported. At least three children were killed in a separate Houthi attack on a neighborhood near Taiz on Saturday. (RELATED: Yemeni PM Says Airport Attack A Ploy By Iran-Backed Rebels To ‘Eliminate’ Government)

The Houthi rebels are a Shiite group of militants that started a war against Yemen’s majority Sunni government in 2004, according to the Wilson Center. The group has been connected to Iran and the Hezbollah terror group, though leaders have denied the affiliation.