India, the world’s third-largest emitter of carbon dioxide after China and the U.S., pledged to achieve carbon neutrality by 2070, two decades later than the goal being promoted at the United Nations Conference on Climate Change (COP26), BBC News reported.

A key goal of the summit is for all countries to commit to carbon neutrality by 2050, BBC News reported. India had yet to declare a net zero target year before the summit began, unlike other major polluters.

The country made the announcement as part of five major promises made at the summit, India Today reported. Prime Minister Narendra Modi committed additionally to increase India’s non-fossil energy capacity to 500 GW, fulfill 50% of its energy requirements from renewable sources, reduce its total projected carbon emissions by 1 billion tons and reduce the carbon intensity of its economy to 45% all by 2030.

“Today the entire world acknowledges that India is the only big economy in the world that has delivered in letter and spirit to its Paris commitments,” Modi said at the summit, BBC News reported. 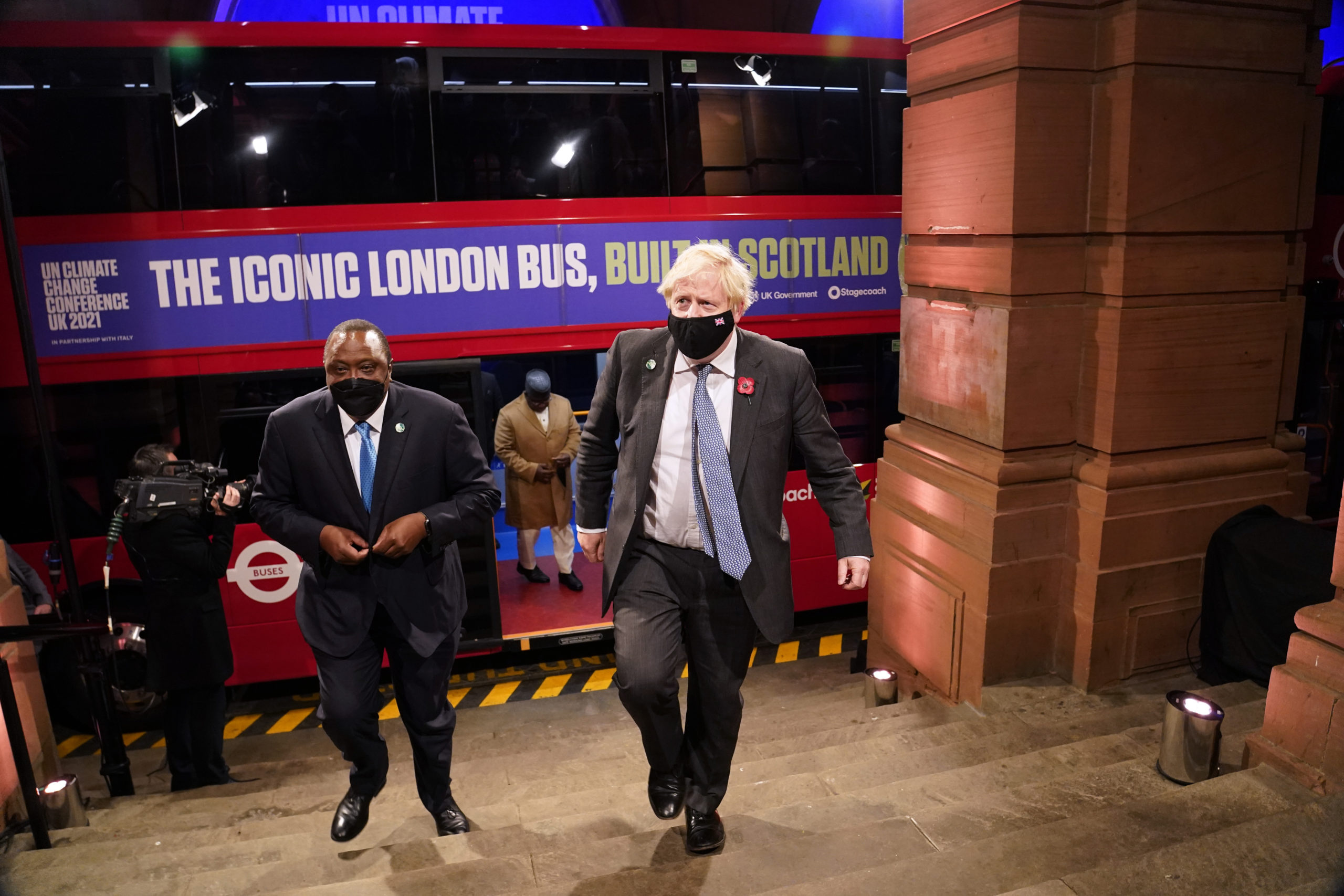 British Prime Minister Boris Johnson arrives on an electric bus with other leaders and attendees including Kenya’s President Uhuru Kenyatta for an evening reception to mark the opening day of the Cop26 summit at the Scottish Event Campus (SEC) on November 1, 2021 in Glasgow, United Kingdom. (Photo by Alberto Pezzali – Pool / Getty Images)

India is the third biggest emitter of carbon dioxide — the fourth biggest, if the European Union is included — after China and the U.S., according to BBC News. In 2019, India emitted 2,597 megatons of carbon dioxide, equaling 1.9 tons per capita. (RELATED: Russia, China Leaders Total No-Shows At UN Climate Conference)

The 2050 target was set by United Kingdom Prime Minister Boris Johnson, who spoke at the summit, BBC News reported. Johnson made an analogy comparing the state of the world to the end of a James Bond film, when the hero is “strapped to a doomsday device, while a red digital clock ticks down remorselessly to a destination that will end human life as we know it,” Yahoo News reported.

“We are in roughly the same position, my fellow world leaders, as James Bond today, except this is not a movie, and the doomsday device is real,” Johnson warned. “The clock is ticking to the furious rhythm of hundreds of billions of engines and furnaces and turbines that are enveloping the Earth in an invisible and suffocating blanket of CO2.”

Johnson’s spokesperson defended the prime minister’s decision to travel back from the summit on a private jet, instead of by train, arguing he has “significant time constraints,” BBC News reported. The spokesperson added the jet uses a mix of “sustainable” aviation fuel and is one of the most carbon-efficient aircraft of its size.