The leaders of Russia and China plan to give the United Nations climate conference the cold shoulder despite being among the biggest emitters of greenhouse gases in the world.

Russia and China, which account for about 35% of global greenhouse gas emissions, have largely backed out of the 2021 United Nations Climate Change Conference (COP26) in the U.K. where leaders hope to produce an ambitious agreement on fighting climate change. Russian President Vladimir Putin plans to deliver a recorded video message to the summit while Chinese President Xi Jinping opted to give a written statement.

“The disappointment relates to the fact that Russia and — and — and including not only Russia, but China, basically didn’t show up in terms of any commitments to deal with climate change,” President Joe Biden said during a Sunday press conference. “And there’s a reason why people should be disappointed in that. I found it disappointing myself.”

Biden’s remarks followed the G20 Summit in Rome, Italy, where the Russian and Chinese delegations were headed by foreign ministers instead of Putin and Xi. Russian foreign minister Sergey Lavrov said he spoke with Biden over dinner on Saturday. (RELATED: Gas-Guzzling Cruise Ships To House Thousands Of Climate Diplomats During Two Week UN Conference) 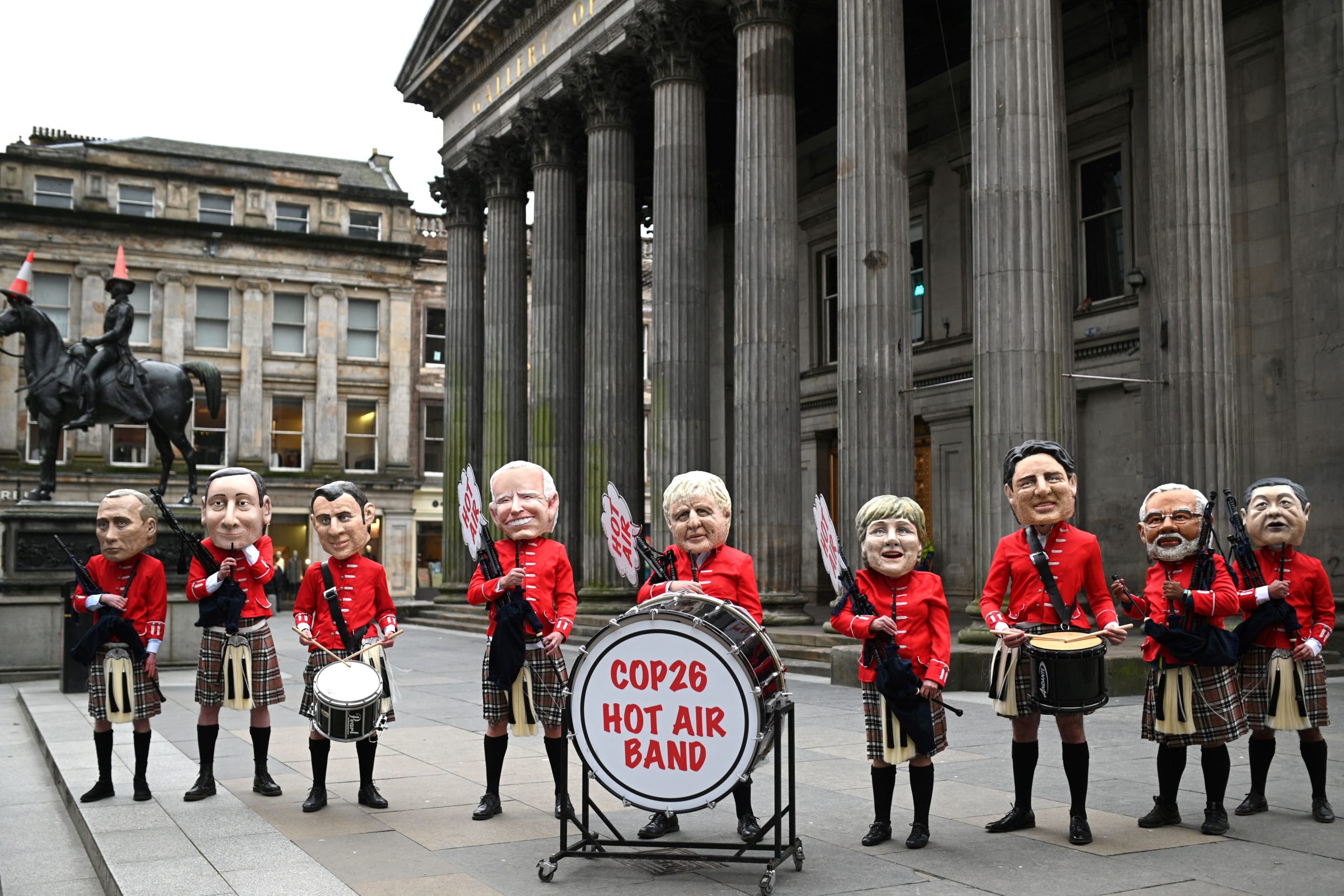 Activists dressed as a Scottish pipe band stage a protest at COP26 on Monday. (Oli Scarff/AFP via Getty Images)

Russia and China, meanwhile, have made little strides on climate change policy, instead choosing to work against global commitments by doubling down on fossil fuel production. Russia has boosted natural gas exports, which Europe is reliant on, while China has ramped up domestic coal production to full capacity.

The Climate Action Tracker, a group that analyzes global climate commitments, rated Russia’s policies as “critically insufficient” and China’s as “highly insufficient.” China and Russia both failed to outline climate proposals prior to COP26 as many other top emitters did, The Guardian reported.

The world must “balance environmental protection and economic development, address climate change and safeguard people’s livelihood,” Xi said in remarks to the G20 over the weekend, according to the Guardian.