Americans across the country head to the polls Tuesday to vote not only in high-profile races for governor and state offices, but to cast ballots for mayoral and local candidates and different propositions.

Tuesday’s election is headlined by a deadlocked Virginia gubernatorial race, where Republican candidate Glenn Youngkin has all but erased former Democratic Gov. Terry McAuliffe’s lead. Virginia voters are also casting ballots for the state’s House of Delegates, where Republicans are hoping to wipe out Democrats’ 55-45 majority.

New Jersey is the only other state where voters will cast a ballot for governor and the state legislature, and incumbent Democratic Gov. Phil Murphy remains the favorite to win re-election.

But those two states are far from the only ones holding elections Tuesday. Two special elections in Ohio will fill vacant congressional seats in Cleveland and outside of Columbus, while voters in New York City will elect their next mayor, who is likely to be former police officer Eric Adams. (RELATED: Eric Adams Outran Prominent Progressives In Their Own Congressional Districts) 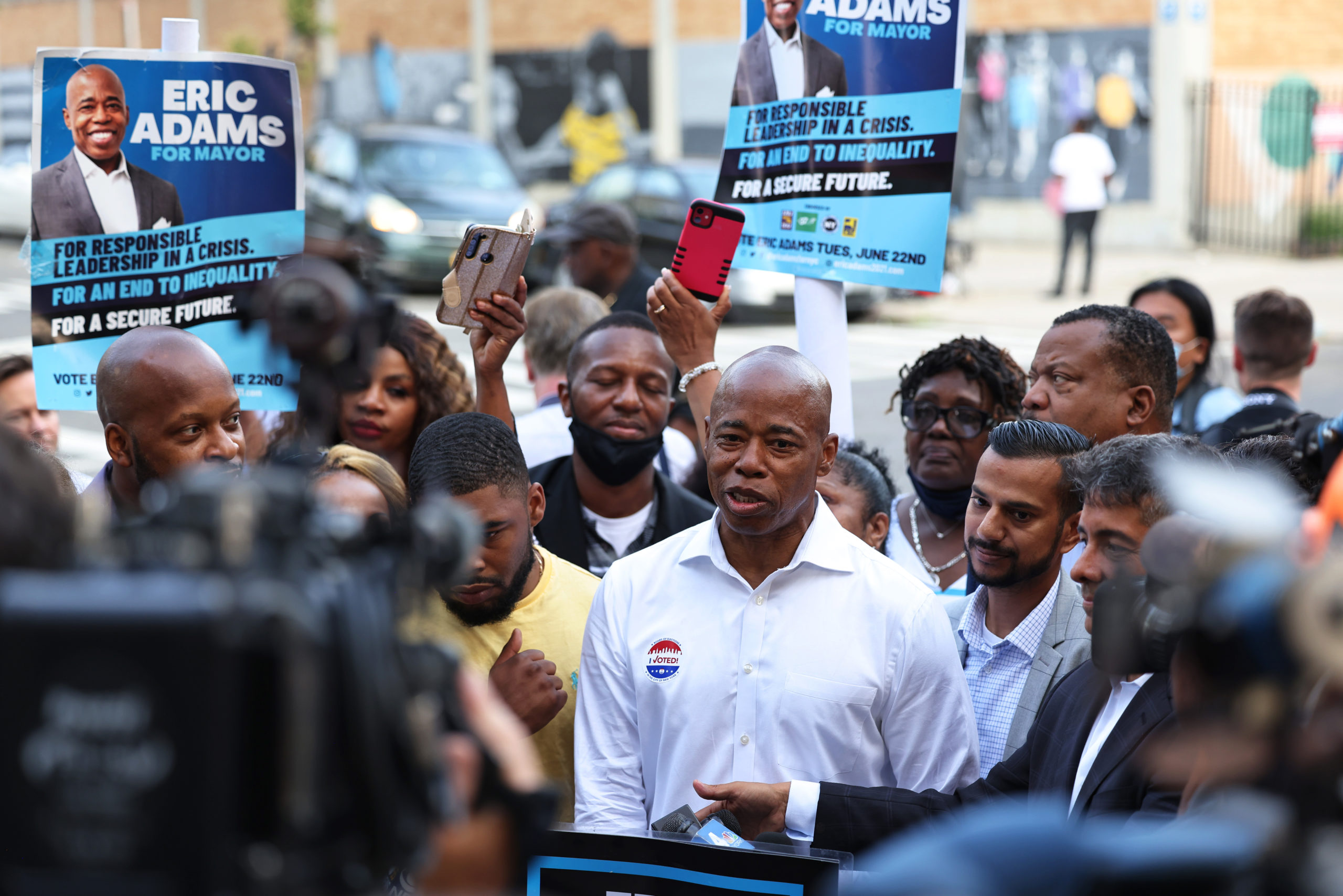 Voters in parts of Maine, Colorado and Arizona will decide on measures including a higher minimum wage, housing and environmental rights, while voters in Pennsylvania will vote on a Republican-held seat on the state Supreme Court.

In Minneapolis, voters will decide whether to adopt a proposal that effectively ends the city’s police department, replacing it with a City Council-controlled Department of Public Safety.

There are also dozens of mayoral races in major cities across the country, including Miami, where GOP incumbent Francis Suarez is seeking re-election, Boston, Atlanta, Minneapolis, Buffalo, Pittsburgh, Cleveland, Cincinnati and Seattle.

Tuesday is also the first Election Day to occur since Republican legislatures in several states, including Georgia, Florida and Texas passed laws limiting mail-in voting and tightening voter identification requirements. Republicans have said that these changes were necessary to restore voters’ faith in elections, and their adoption comes as former President Donald Trump continues to make false claims that the 2020 election was rife with widespread fraud.