“I’m pleased to announce that an agreement has been reached to lower prescription drug prices for seniors and families in the Build Back Better legislation,” Schumer told reporters after a Democratic caucus meeting Tuesday afternoon. “Fixing prescription drug pricing has consistently been a top issue for Americans, year after year, including the vast majority of both Democrats and Republicans.”

“I’ve been working night and day with Senate and House Dems and the White House to make progress on lowering prescription drug costs,” Schumer later added. “And now we can announce that with this deal — Build Back Better will finally lower the costs of prescription drugs for seniors, families, & more.”

Though the plan’s full details were not immediately available, it was endorsed by Arizona Sen. Kyrsten Sinema, a centrist Democrat who had previously held out on efforts to lower prices.

“[Sinema] welcomes a new agreement on a historic, transformative Medicare drug negotiation plan,” said communications director John LaBombard in a statement, who added that it would “reduce out-of-pocket costs for seniors — ensuring drug prices cannot rise faster than inflation — save taxpayer dollars, and protect innovation.” (RELATED: In Bid To Lower Drug Costs, Dems Prepare To Battle Big Pharma — And Some Of Their Own) 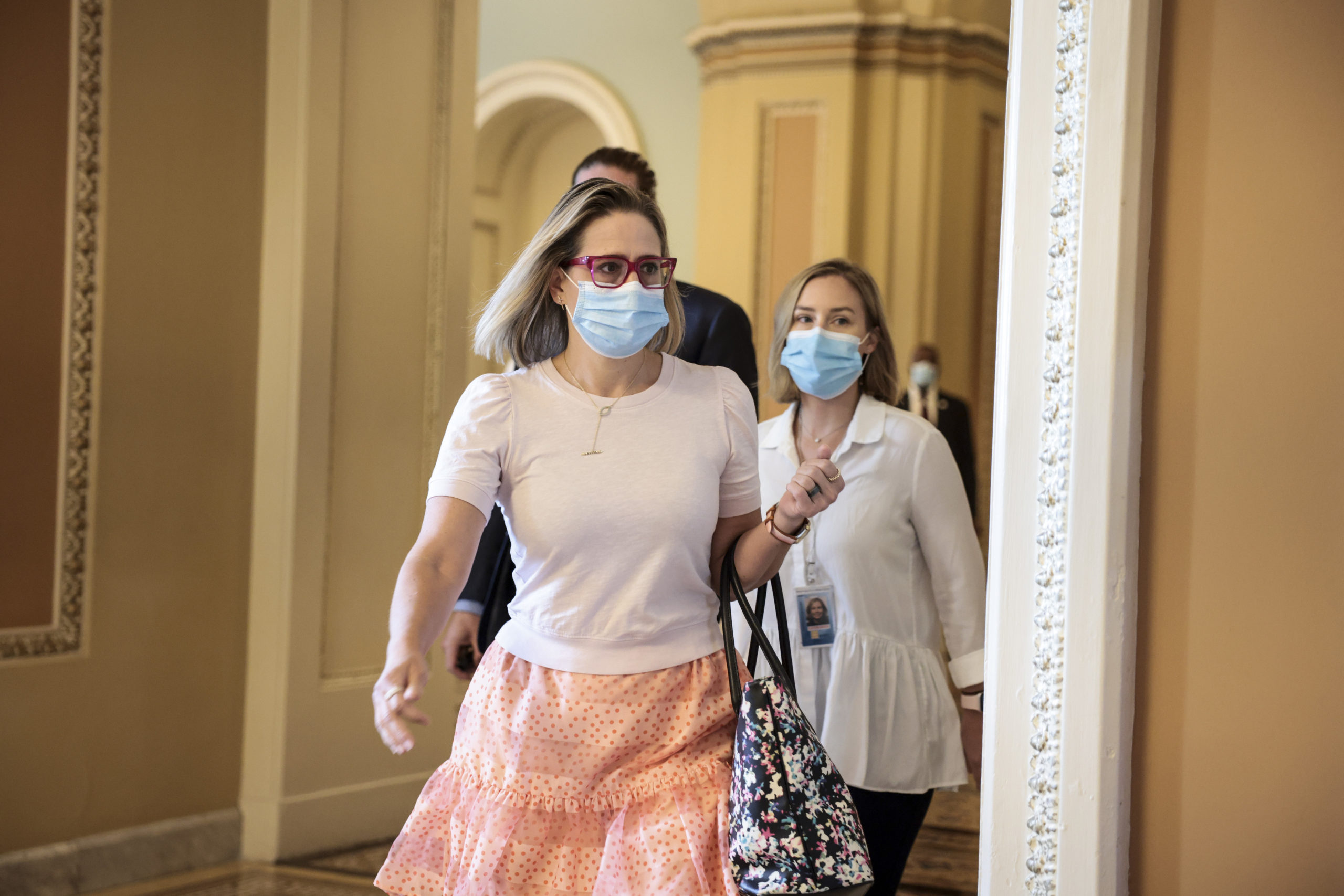 Other Democrats also praised the agreement. Connecticut Sen. Chris Murphy called it “a really good deal for patients” and that it “cuts drug costs, ends price gouging, and finally, finally allows Medicare to negotiate directly with the drug industry.”

Speaker Nancy Pelosi called the compromise “transformational” in a statement Tuesday, noting that Democrats have tried to lower drug prices for decades. “In the Build Back Better Act, Democrats will deliver strong drug price negotiations to lower prices for our seniors and halt Big Pharma’s outrageous price hikes above inflation, not just for seniors but for all Americans,” she said.

“We are now finishing the drafting of the legislative text to reflect this important agreement. I am pleased with the compromise reached by House Members and Senator Sinema.”

The agreement comes as top Democratic leaders have said that a compromise on the overall bill could happen “by the end of the day” Tuesday. An agreement could mark the end of months of public disagreements between the Democratic Party’s moderate and left wings, and could clear a path for the House to vote on the bipartisan infrastructure bill this week, a top priority for moderates including Sinema and West Virginia Sen. Joe Manchin, who has also objected to much of the original proposed spending package.