“In a cycle like this, no Democrat is safe,” NRCC Chairman Tom Emmer, a Republican from Minnesota, said in a statement. “Voters are rejecting Democrat policies that have caused massive price increases, opened our borders, and spurred a nationwide crime wave.” (RELATED: Glenn Youngkin Hands Terry McAuliffe Stunning Defeat, Will Be Virginia’s Next Governor) 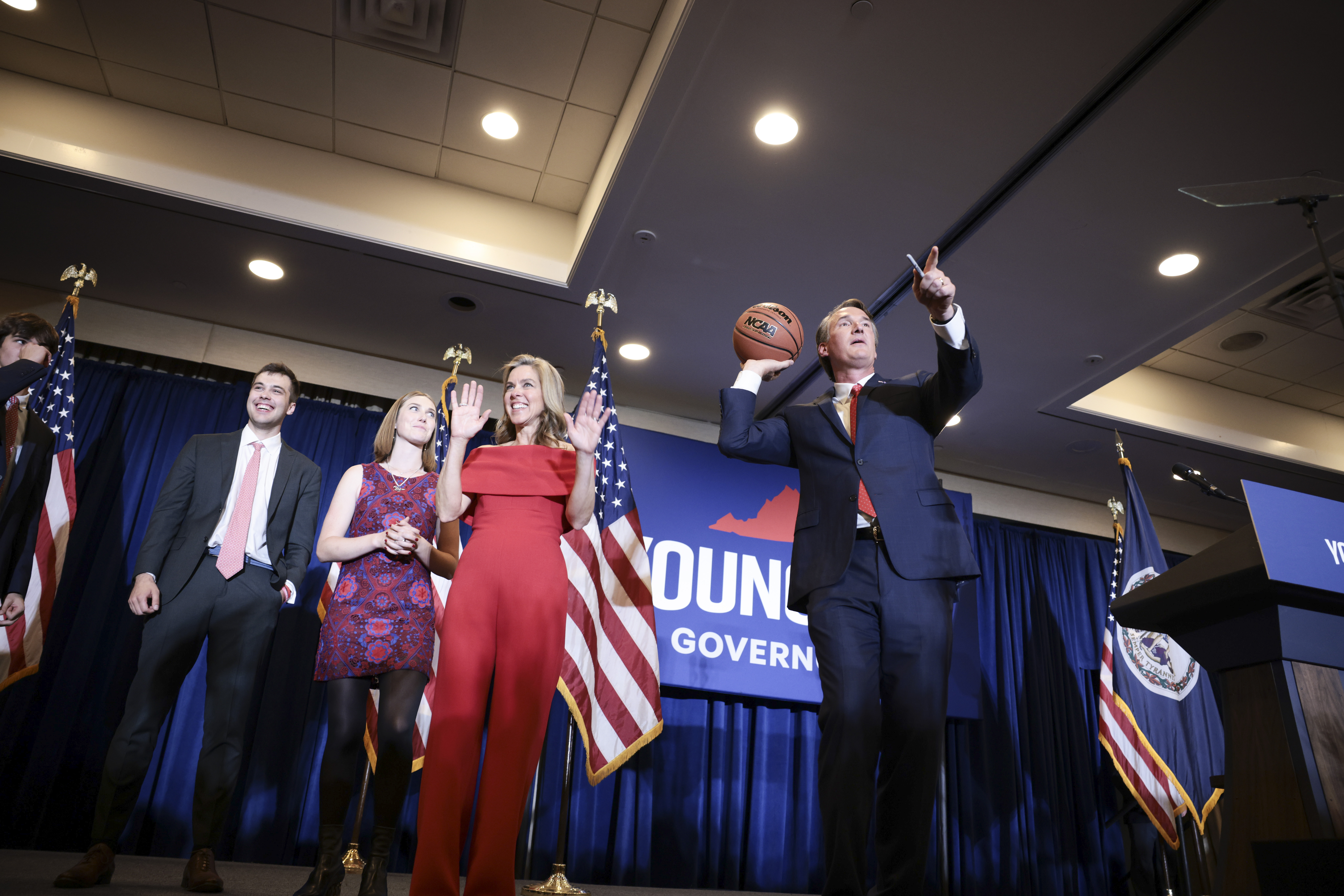 Glenn Youngkin passes an autographed basketball into the crowd with his family at his election night rally. (Anna Moneymaker/Getty Images)

The targets come just hours after Republicans in Virginia won the races for governor and lieutenant governor and as they closed in on flipping the attorney general post. Youngkin led McAuliffe by nearly two points when the race was called, while Republicans managed to flip six seats in the Virginia House of Delegates, giving them a 51-49 majority. (RELATED: House Republicans Campaign Arm Clears $100M Raised For 2021)

In New Jersey, Democratic Gov. Phil Murphy trails his Republican challenger, Jack Ciattarelli, by fewer than 200 votes out of over 2.4 million votes cast, and the race remains too close to call. President Joe Biden won New Jersey by 16 points a year ago, and Biden went on to win Virginia by just over 10.