Top Senate Republicans unveiled what they said was a comprehensive strategy to promote U.S. energy independence and innovation while maintaining the nation’s competitive edge.

The proposal would ultimately create jobs across the energy sector and wouldn’t favor renewable jobs over those in the oil and gas industry, according to an outline of the plan obtained by the Daily Caller News Foundation. The proposals are a stark contrast to the energy and climate policies that have been forwarded by the Biden administration which experts say make the U.S. less energy independent and hurt American consumers.

Subcommittee on Climate Change Ranking Member Dan Sullivan of Alaska, Wyoming Sen. Cynthia Lummis — the top Republican on the Subcommittee on Fisheries, Water and Wildlife — and North Dakota Sen. Kevin Cramer led the effort to lay out a conservative vision for “innovative clean energy and climate strategy.” They were joined by Sens. Ted Cruz, John Kennedy and Rob Portman during a press conference Wednesday unveiling the plan. (RELATED: Environmentalists Are Making Putin Stronger Than Ever)

“America stands at a strategic crossroads,” Sullivan, Lummis and Cramer said in a joint statement. “We can empower American ingenuity and workers to unleash our nation’s abundant energy resources and innovative technology, expand good-paying jobs for hard working Americans, maintain reliable and affordable energy for consumers, boost our economic and national security, and reduce greenhouse gas emissions at home and abroad.”

“Or, we can pursue policies that will shut down whole industries, provide pink slips to millions of American workers with no alternatives in the near term, drastically raise prices on American families, undermine economic growth, decrease energy reliability, diminish U.S. national security, and do little or nothing to reduce global emissions,” the statement continued. 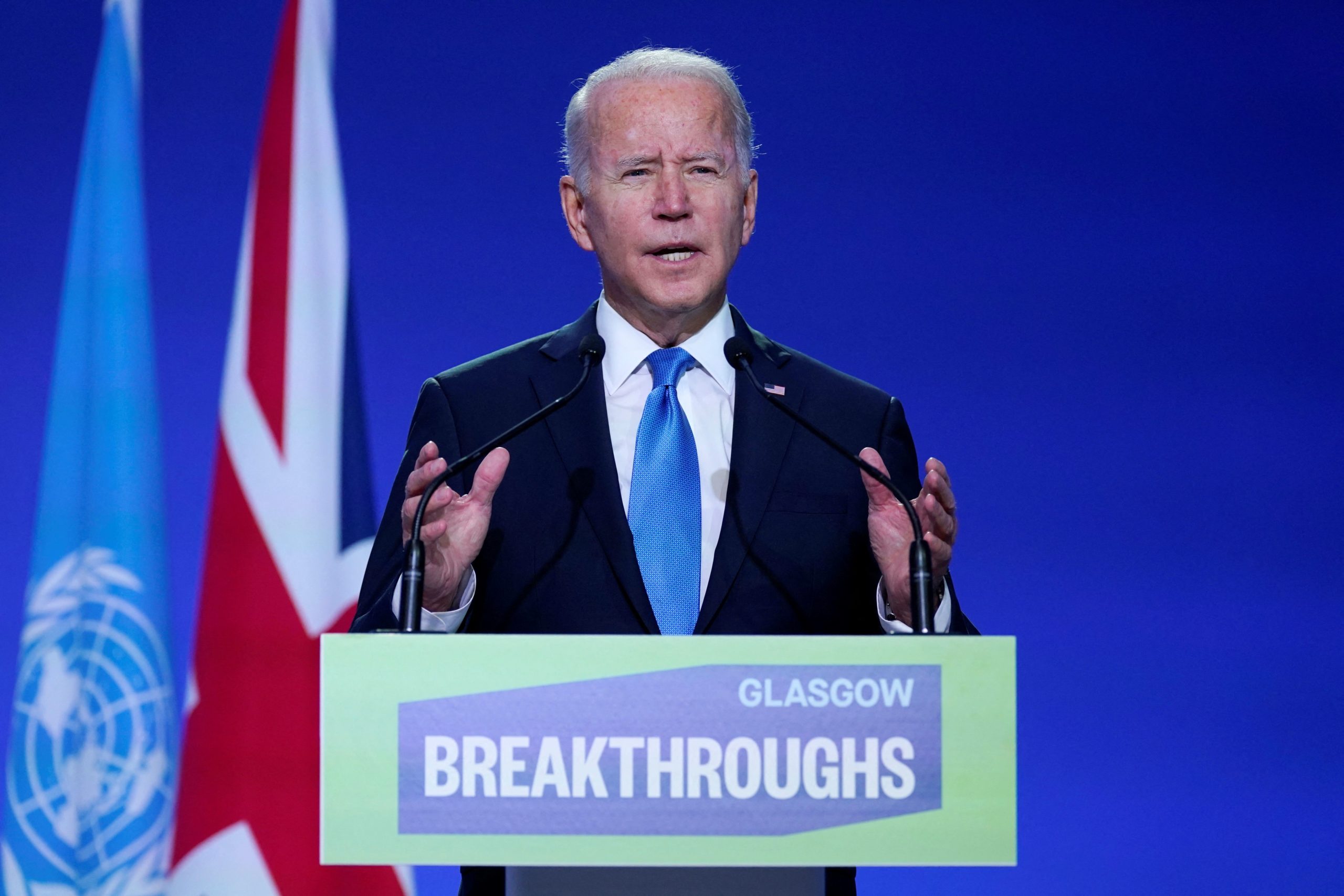 The U.S. should continue to produce fossil fuels with high environmental standards since the world will continue to rely on oil and natural gas for energy for decades, according to the plan. The senators noted that the U.S. has led the world in reducing greenhouse gas emissions.

The plan called for a complete overhaul to the current federal permitting process for all energy projects, including oil and gas, wind, solar, hydropower, nuclear and rare earth mineral mining.

Sullivan, Lummis and Cramer said their plan wouldn’t include “mandates, regulations and taxes,” but would be worker-oriented and achieve emissions reductions through “innovation, domestic resources and the free market.” They said it would reduce emissions 40% by 2050 and have 3.5 times more reductions than the multi-trillion-dollar Green New Deal would achieve.

President Joe Biden, whose administration refers to climate change as a “crisis,” has set goals of achieving a carbon-free electric grid by 2035 and net-zero emissions by 2050. The White House has vigorously opposed fossil fuel projects while asking Middle Eastern and Russian energy producers to amp up their oil and gas supplies. (RELATED: ‘We’re Off Track’: Here’s How Republicans Plan To Move The Needle On Climate Change)

“This is the decade that will determine the answer. This decade. The science is clear: We only have a brief window left before us to raise our ambitions and to raise — to meet the task that’s rapidly narrowing,” Biden remarked during a speech Monday at the ongoing United Nations climate conference in Glasgow, Scotland.