Treasury Secretary Janet Yellen estimated that the world would need to devote $100-150 trillion, more than the entire world’s annual gross domestic product, to fighting climate change over the next three decades.

Yellen signaled that the world economy will need to undergo a complete transformation in order to prevent devastating climate change in the future, during a speech Wednesday at the ongoing United Nations climate conference in Glasgow, Scotland. The Treasury secretary delivered the remarks during the summit’s “finance day” opening event.

“Rising to this challenge will require the wholesale transformation of our carbon-intensive economies,” Yellen remarked during her speech. “It’s a global transition for which we have an estimated price tag: some have put the global figure between $100 and $150 trillion over the next three decades.”

She added that combating climate change is the “greatest economic opportunity of our time.” But the world’s total GDP was estimated to be about $84.6 trillion in 2020. (RELATED: Senate Republicans Counter Left Wing Climate Proposals With Plan To Reduce Emissions 40% By 2050) 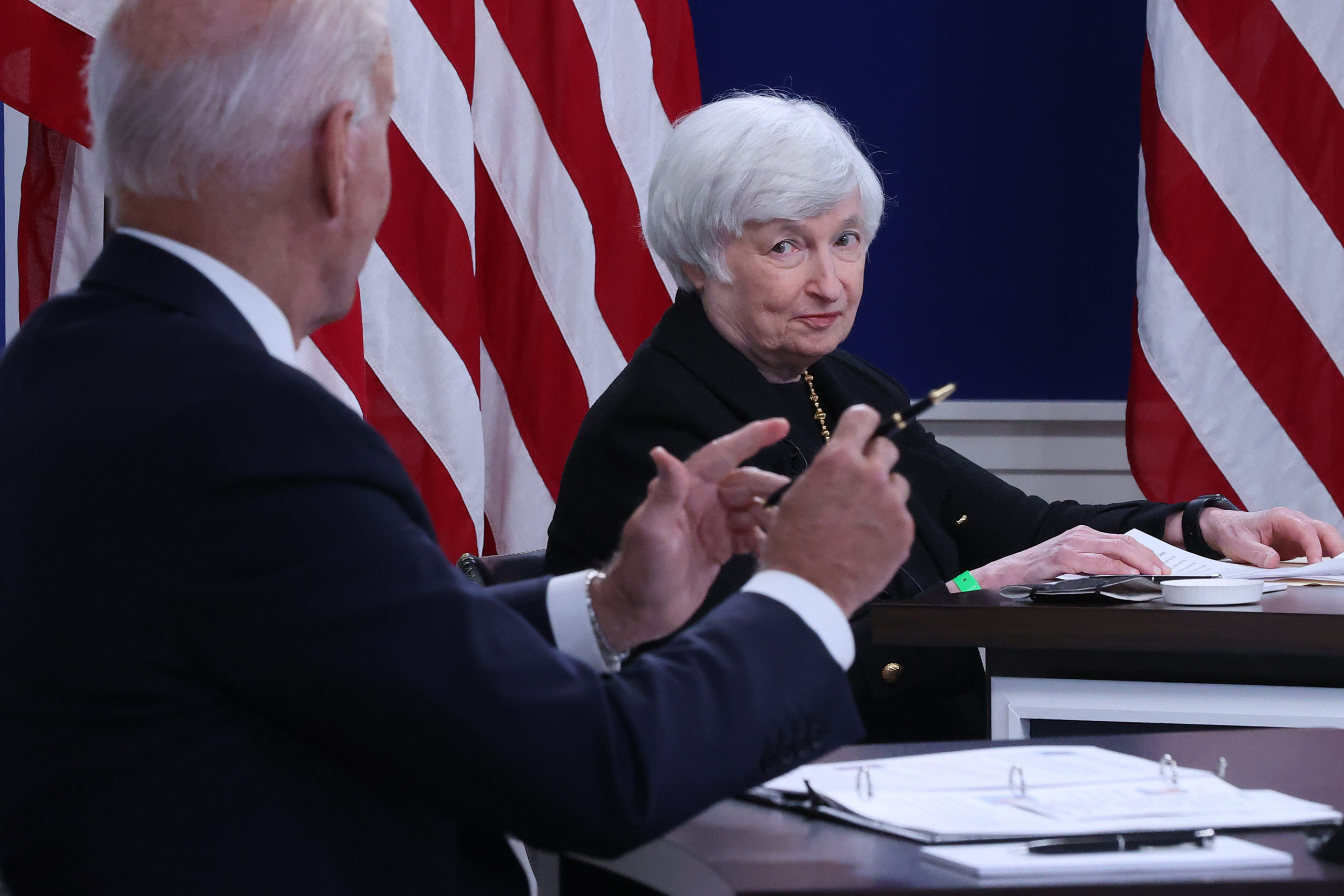 President Joe Biden announced the U.S. would double its commitment for assisting developing nations to expand renewable energy resources to about $11 billion, which would help the world meet the UN goal of $100 billion per year through 2030. Democrats’ budget framework includes roughly $555 billion for climate programs over the next 10 years, CNBC reported.

The U.S. said this week it would fully support the Climate Investment Funds Capital Markets Mechanism, an initiative that will attract private investment in clean energy of up to $500 million annually, and the Glasgow Financial Alliance for Net Zero, a group of massive financial institutions that pledged to achieve carbon neutrality by 2050, according to Yellen. Environmental groups, however, expressed skepticism in response to the commitments made at the conference.

“Questions remain, however: Will enough investment opportunities materialize to absorb all this capital? How quickly can this reorientation occur? And how can institutions transparently report on their commitments so we can hold each other to account on transition plans?” Yellen stated.