The map creates 10 safe Republican seats, three safe Democratic seats and one competitive seat, up from the current 8-5 map now. North Carolina is the only state where the legislature has full control over the redistricting process, meaning that the new lines can skirt what would be an all but certain veto from Democratic Gov. Roy Cooper and go into effect.

The new map likely dooms Democratic Rep. Kathy Manning, a first-term lawmaker whose Greensboro-based seat gets split three ways. In a statement, she called the new lines an “extreme partisan gerrymander that splits communities of interest, disregards the redistricting criteria set forth by the [legislative redistricting] committee.”

“These maps were created for one purpose only,” Manning added. “To ensure Republicans win more House seats so that they can recapture control of the U.S. House of Representatives.” (RELATED: States In The South And West Poised To Gain House Seats, California Drops One For The First Time Ever) 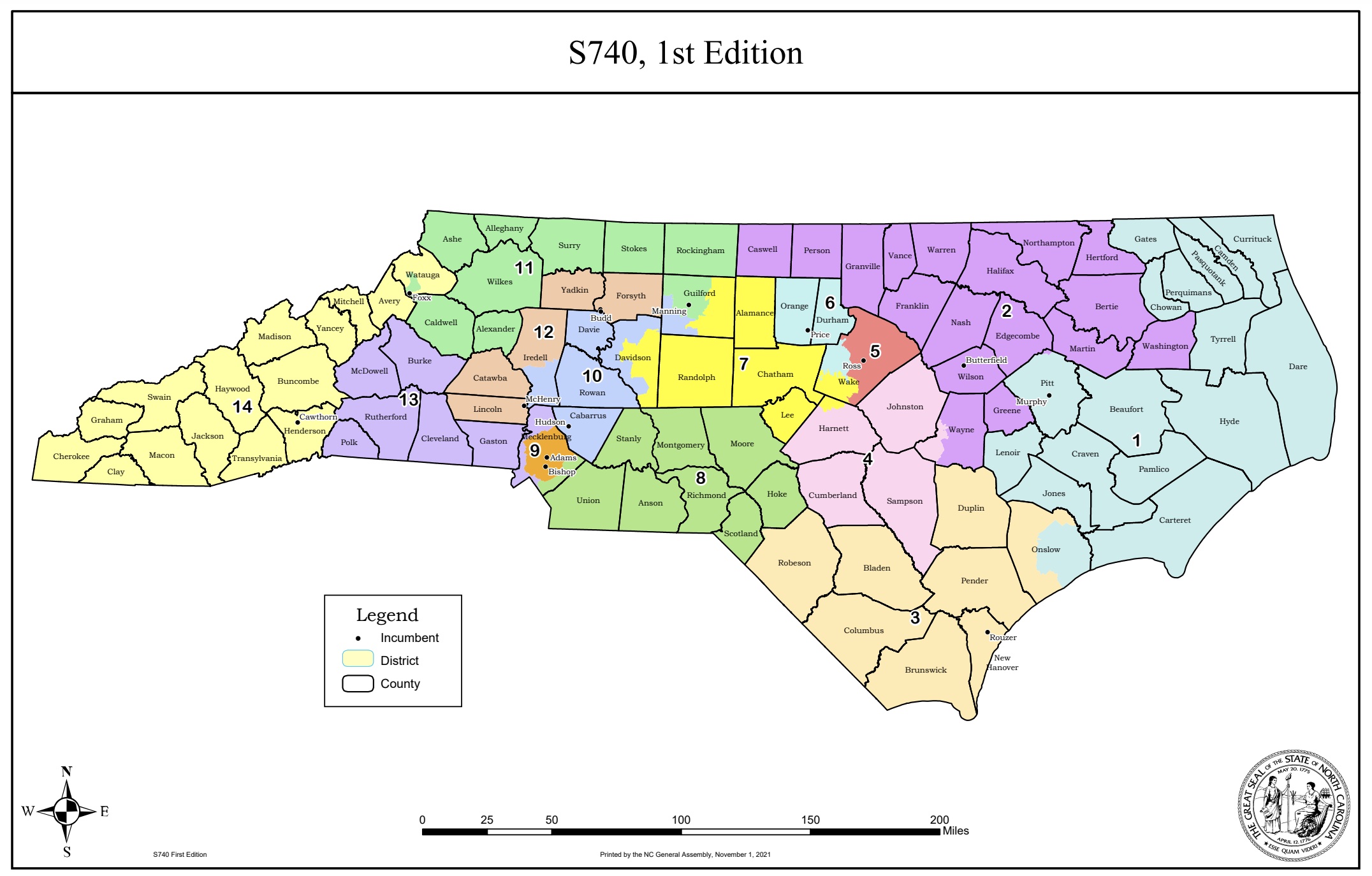 The maps retain much of the seats held by Democratic Reps. Deborah Ross, Alma Adams and David Price, who announced his retirement in October. But it jeopardizes Democratic Rep. G.K. Butterfield’s seat, putting him in a seat where Democrats comprise less than 52% of the electorate, according to the Princeton Gerrymandering Project.

The Republican-drawn map is certain to be challenged in court, and Democratic lawyers have said they plan to file suit minutes after it passed.

“North Carolinians made it clear at the start of the redistricting process that they wanted to end partisan gerrymandering,” said Eric Holder, a former attorney general who now heads the National Democratic Redistricting Committee, in a statement. “Instead of listening to the people, Republican legislators did the opposite today by passing maps that are heavily manipulated in favor of their party and that will deny real political power to the most populous and diverse areas of the state.” (RELATED: Colorado Adopts New Congressional Map, And It Could Actually Help Republicans)

North Carolina is also no stranger to lawsuits seeking to overturn its congressional map. After the Supreme Court declined to weigh in on partisan gerrymanders, a three-person panel threw out the state’s 10-3 Republican gerrymander in September 2019, leading to the 8-5 map now.