The Occupational Safety and Health Administration (OSHA), which operates under the Labor Department, issued the new rules after the president announced his plan in September. Unvaccinated workers are required to start wearing masks by Dec. 5 and must provide weekly negative COVID-19 tests following the Jan. 4 deadline, officials explained.

OSHA’s vaccine and testing requirement will affect 84 million employees across the country, according to one senior administration official. The official also noted that the Centers for Medicare and Medicaid Services (CMS) will implement a rule mandating that health care workers at places participating in Medicare and Medicaid by fully vaccinated. The CMS rule will affect more than 17,000 employees, according to officials.

“Together, these rules will cover about 100 million Americans – two-thirds of all workers in America,” Biden said in a statement issued Thursday, adding that “vaccination requirements are nothing new.”

The administration previously noted that employers will need to provide paid time off for those wishing to get vaccinated and paid sick leave for any potential side effects in getting the shot. Companies will have until Dec. 5 to offer these initiatives, officials said. Companies won’t be required to pay for or provide COVID-19 tests for unvaccinated workers except in specific circumstances, such as a local law or union contract requiring it. 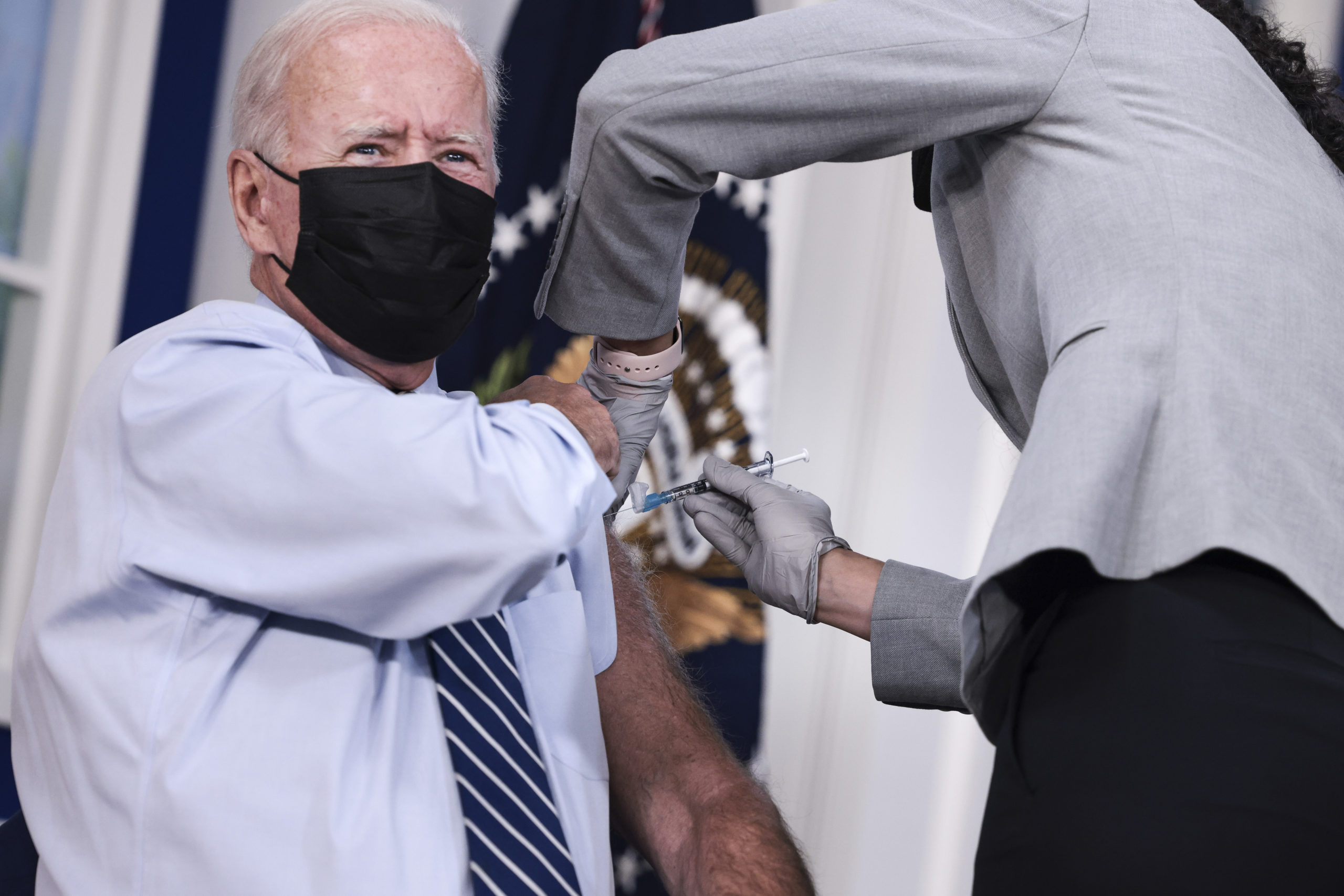 “Today, 70 percent of adult Americans are now fully vaccinated – up from less than 1 percent when the President took office,” an official said. “This is tremendous progress, but we know that we need more vaccinations to save lives, strengthen the economy, and accelerate our path out of this pandemic.” (RELATED: ‘A Decision We Applaud’ — Big Business Endorses Biden’s Vaccine Mandate)

“That’s why the President has been leading on requiring vaccinations, including for federal employees and federal contractors, and has called on employers to do the same,” the official continued. “Thousands of employers have answered the President’s call and stepped up to implement vaccination requirements covering tens of millions of Americans.”

Many had pushed the administration to delay implementation of the mandate until after the holidays, in part due to an already-existing worker shortage and supply chain crisis, as CNBC previously reported. One senior administration official explained that the Jan. 4 deadline is intended to “make it as easy as possible for businesses to implement these requirements and for workers to comply.”

Officials stressed that while the mandates won’t begin until after the holiday season, it’s “not a reason to wait” to get vaccinated. The administration hinted that worker shortages and the holiday season did impact the Jan. 4 deadline date, though didn’t outright note whether it played a major role.