Some immigration attorneys are refusing to be “complicit” in former President Donald Trump’s Migrant Protection Protocols that were reinstated by the Biden administration and expected to go into effect as early as mid-November, BuzzFeed News reported Thursday.

The attorneys said they won’t offer pro bono legal assistance to migrants enrolled in Trump’s Remain in Mexico program because of the alleged dangers and rights violations migrants are subjected to, according to BuzzFeed. Immigration advocacy groups said they will keep assisting migrants at the southern border, but worry the reinstatement of the Migrant Protection Protocols (MPP) will result in more people than attorneys can effectively represent.

Though the attorneys describe MPP as dangerous to migrants, according to Buzzfeed, people not enrolled in the program crossing into the U.S. are also exposed to significant dangers, including extortion and kidnapping, the Daily Caller News Foundation previously reported. Most migrants deny paying someone to help them illegally cross the border, but a few said they were kidnapped and kept in stash houses for over two weeks.

One migrant said they’re more likely to be targeted by cartels if they use a coyote so a lot of them try to travel alone, the DCNF reported. (RELATED: Biden Admin Is Still Using A Trump-Era Order To Expel Migrants Despite Ending ‘Remain in Mexico’) 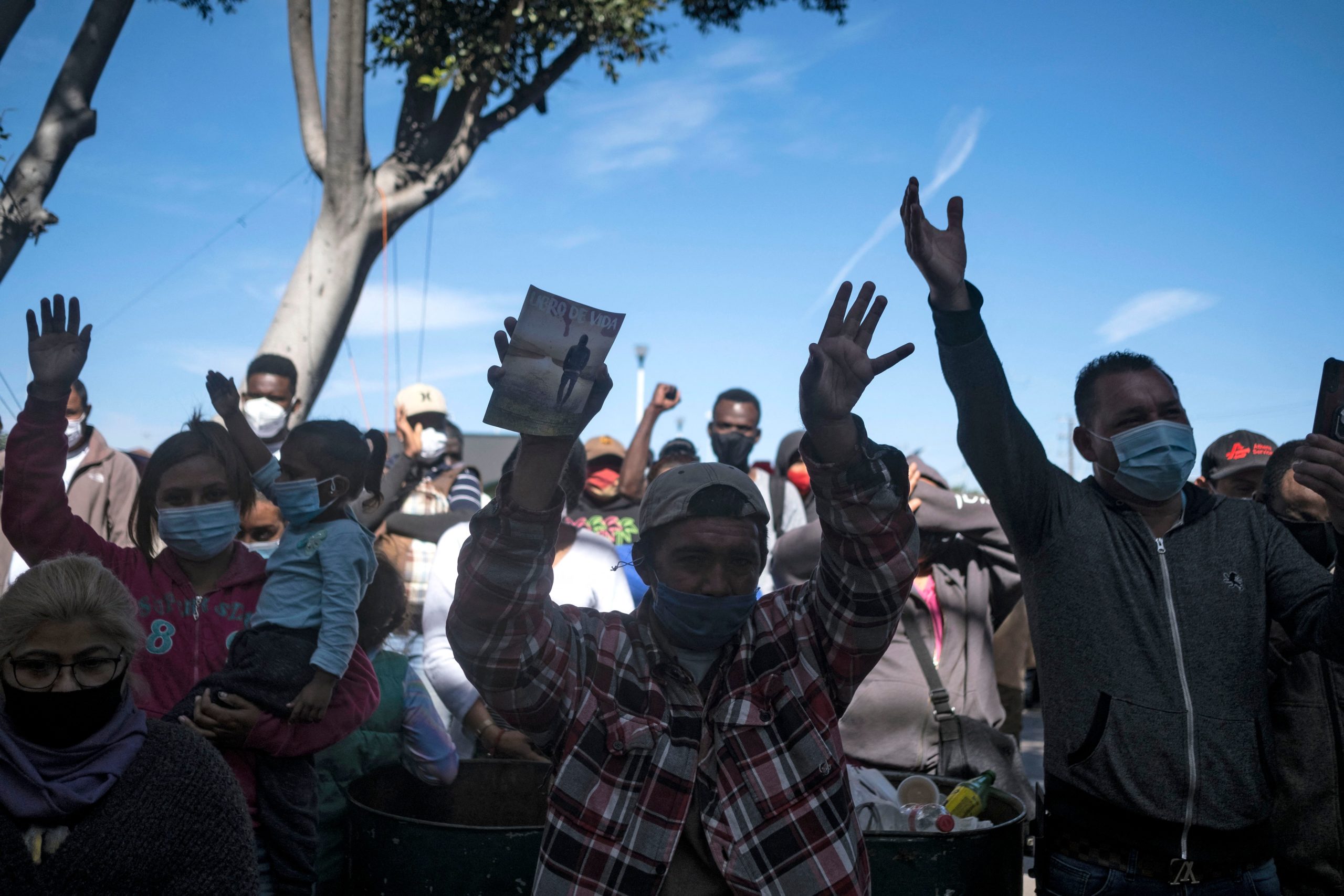 Migrants pray at camp where asylum seekers wait for to be admitted to the U.S., on March 17, 2021. (Photo by GUILLERMO ARIAS/AFP via Getty Images)

“Anyone who needs RAICES assistance will be helped as much as our capacity allows. Just because we are not on the MPP list does not mean that our information is unavailable to migrants in MPP, who may need legal assistance,” Refugee And Immigrant Center For Education And Legal Services (RAICES) family detention attorney Nicole Morgan told the Daily Caller News Foundation on Friday.

“To be clear, we are willing to serve any and all people who need our assistance to best our ability and capacity,” Morgan added. “What we will not do is be used by the government as a facade by putting our name on a list that distracts from the real due process and access to counsel issues that persist in the MPP process. “

Over 71,000 migrants were enrolled in MPP since Trump started the program in January 2019 and waited for months as U.S. judges considered their immigration cases, Buzzfeed reported. Department of Homeland Security (DHS) Secretary Alejandro Mayorkas ended the program in June, but a federal judge ruled in favor of bringing the policy back.

Mayorkas announced an end to the program for a second time on Oct. 29, according to the DHS, though it will not cease until an earlier court injunction is lifted. He said the benefits of Trump’s MPP “do not justify the costs” or align with the Biden administration’s goals.

Around 10% of the 71,000 migrants enrolled in MPP had legal representation and were more likely to be granted asylum, according to the Transactional Records Access Clearinghouse.