One of the two protestors allegedly killed by Kyle Rittenhouse in Kenosha, Wisconsin, was reportedly seen acting aggressive and repeatedly asking an armed group to shoot him, a witness testified on Friday, Reuters reported.

Jason Lackowski, a former Marine among the armed men with Rittenhouse the night of the shooting, testified that Joseph Rosenbaum challenged him and others in the group to shoot him, Reuters reported. He said Rosenbaum “false-stepped” — quickly stepped towards them and stepped back — a few times before Lackowski turned away and ignored him.

The incident was separate from the shooting that led to Rosenbaum’s death and Lackowski testified he did not see him as a threat, Reuters reported. The prosecution hoped to show Rosenbaum was not perceived as dangerous to another armed man, but Lackowski acknowledged his view could have changed had he not been in a group. 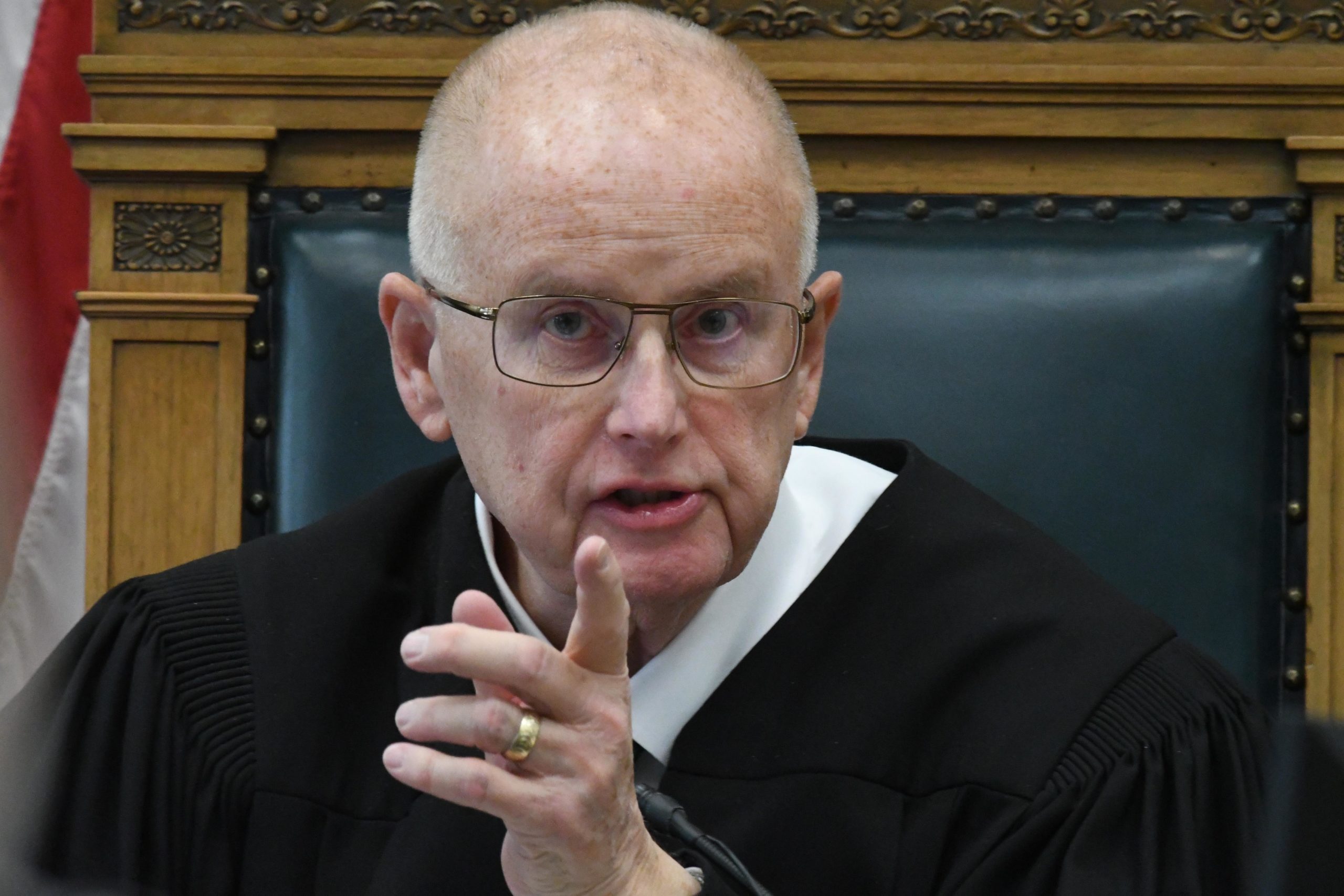 Circuit Court Judge Bruce E. Schroeder consults law books as an evidentiary question is considered outside of the presence of the jury at the start of the afternoon session in the trial of Kyle Rittenhouse on November 5, 2021 in Kenosha, Wisconsin. (Photo by Mark Hertzberg-Pool/Getty Images)

Rittenhouse is charged with reckless and intentional homicides in the killing of Rosenbaum, 36, and Anthony Huber, 26, and attempted homicide for wounding Gaige Grosskreutz, now 27, with a bullet to the arm, on Aug. 25, Reuters reported.

Lackowski said Rosenbaum was using “the N-word” while asking people to shoot him. A Daily Caller reporter who witnessed the shooting testified on Thursday that Rosenbaum shouted an expletive and lunged for Rittenhouse’s gun before he was killed.

Ryan Balch, a military veteran who was also armed alongside Rittenhouse in Kenosha, testified on Thursday that Rosenbaum was acting “violent” that night, threatening to kill him and Rittenhouse “if he caught them alone.” (RELATED: Judge In Rittenhouse Trial Slams Media For ‘Totally Bizarre’ Statements About Case)

Rosenbaum’s fiancée, Kariann Swart, became emotional during her testimony on Friday when a picture of them together was shown to her before being presented to the jury, Reuters reported. She was asked what medication Rosenbaum was on by Rittenhouse’s lawyers, to which she responded he took some for bipolar disorder.