The Biden administration is reviewing the possible ramifications of shutting down a key pipeline transporting crude oil and natural gas from Canada into the Midwest.

The White House recently initiated a study of the economic impacts of closing the Line 5 pipeline, principal deputy press secretary Karine Jean-Pierre confirmed at a press conference Monday. She added that the Army Corps of Engineers was preparing an environmental impact study on shutting down the pipeline.

“As we enter the winter months and temperatures drop across the Midwest, the termination of Line 5 will undoubtedly further exacerbate shortages and price increases in home heating fuels like natural gas and propane at a time when Americans are already facing rapidly rising energy prices, steep home heating costs, global supply shortages, and skyrocketing gas prices,” Republican Ohio Rep. Bob Latta wrote in a Nov. 4 letter alongside a dozen other lawmakers.

Line 5 carries about 540,000 barrels of oil and gas per day from Canada to Michigan, according to the pipeline’s operator, Enbridge. The pipeline provides energy to several Midwestern states, including Michigan, Pennsylvania, Ohio and Indiana. 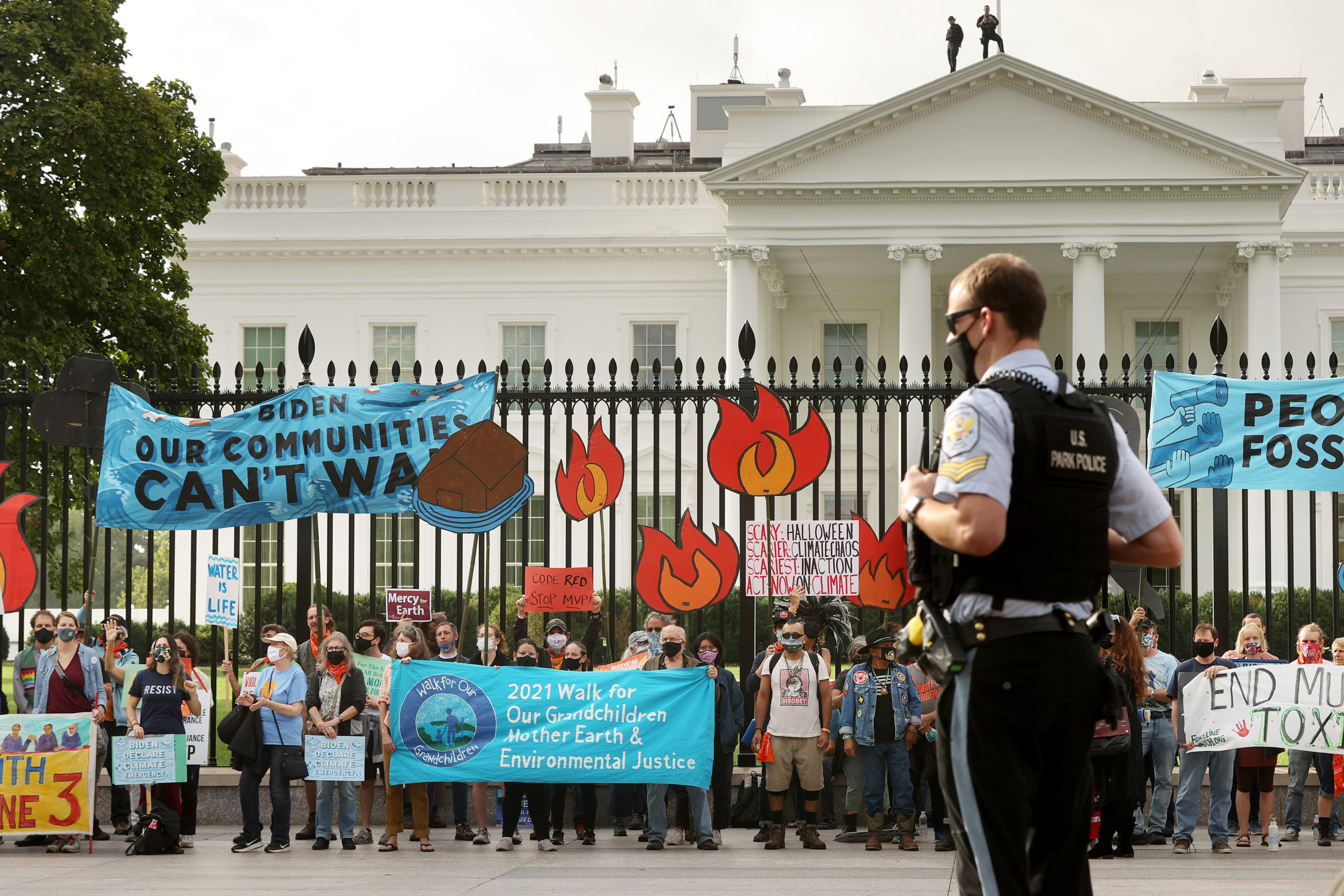 Demonstrators prepare to be arrested during a rally outside the White House as part of the ‘Climate Chaos Is Happening Now’ protest on Oct. 13. (Chip Somodevilla/Getty Images)

“We should be remembering the people that are going to be going through the upcoming winter months whether it’s in Michigan or other northern states,” Jason Hayes, the director of environmental policy for the Michigan-based Mackinac Center for Public Policy, told the Daily Caller News Foundation.

“We have a state in Michigan that uses the most residential propane in the nation,” he continued. “And yet, we’re seriously considering shutting down this pipeline and giving these people not even two or three months notice, just basically saying, ‘well, sorry, you’re gonna be on your own.'”

Hayes added that it’s “extremely poor energy policy” to shut down Line 5 and that the move would be dangerous, considering the number of people dependent on the pipeline. Overall, closing the pipeline would cause at least $20.8 billion in economic losses to Michigan, Pennsylvania, Ohio and Indiana, according to a Consumer Energy Alliance study.

Enbridge eventually sued Whitmer in federal court, arguing that she doesn’t have the authority to regulate international pipelines, the Associated Press reported. 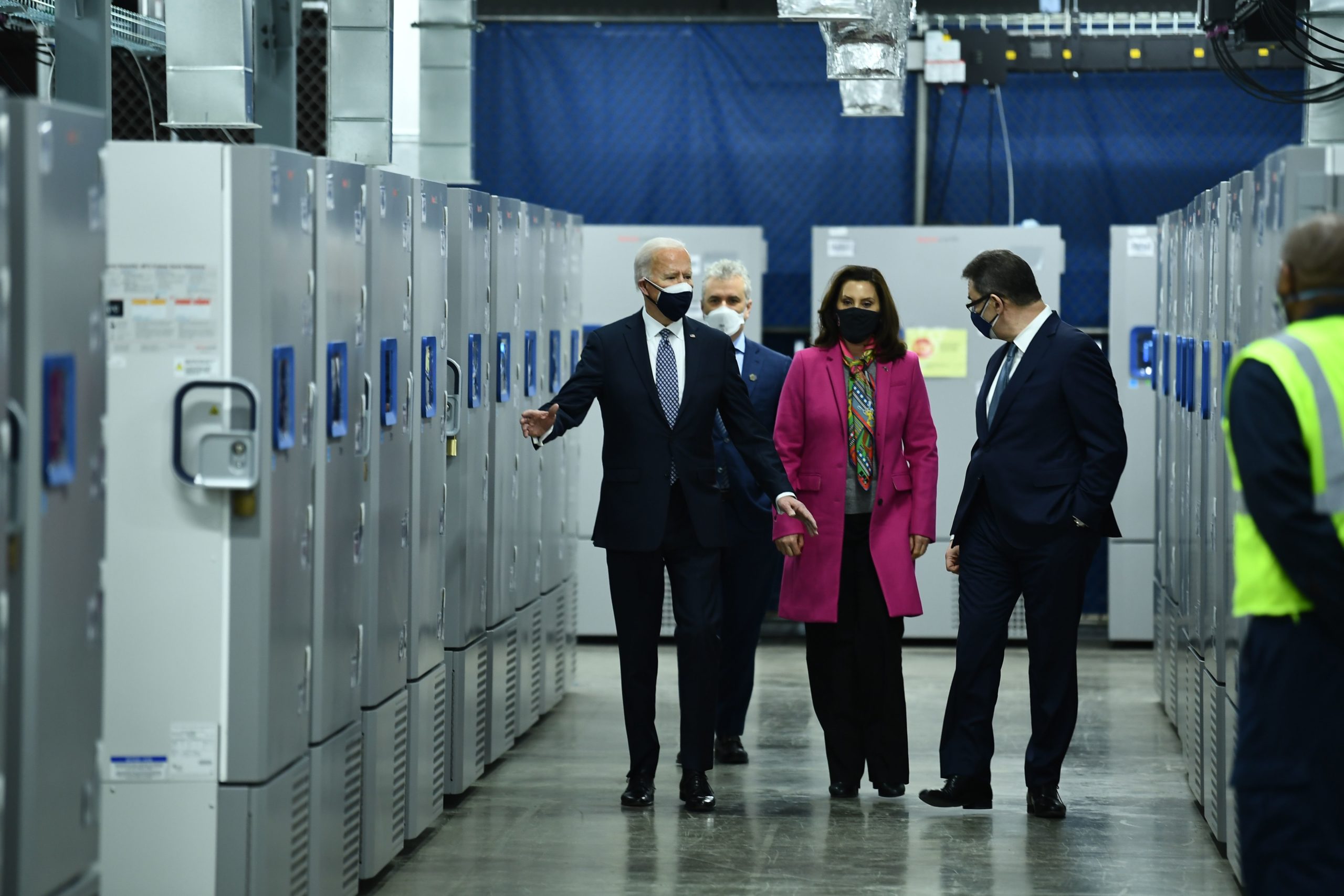 Last month, the Canadian government invoked a 1977 pipeline treaty between the two nations for the first time ever. The treaty prohibits any action that impedes the transport of hydrocarbons through U.S.-Canada pipelines, including Line 5.

“In response to Michigan’s efforts to shut down Line 5, Canada has raised its significance for Canadian economic and energy security at the highest levels of the U.S. federal government,” Canadian Minister of Foreign Affairs Marc Garneau said in a statement. “We have also stressed the importance of fully respecting and implementing the international agreements that are in place between our two countries.”

“Gretchen Whitmer and the Biden administration are making it unaffordable for Michigan families to fill their gas tanks and heat their homes,” Eric Ventimiglia, executive director of the conservative group Michigan Rising Action, said in a statement Monday. “The effort to shut down Line 5 is short-sighted, and would put immense financial pressure on families across the state.”

“Shutting down Line 5 would create a humanitarian crisis and exacerbate the dire economic conditions created by the Democrats’ failed policies,” he continued.