Republican Louisiana Sen. John Kennedy said Friday that it is “easier to teach a toaster to read” than it is for President Joe Biden to stop attacking his vaccine mandate critics as “anti-science morons.”

“President Biden and Dr. [Anthony] Fauci, instead of trying to persuade people to take the vaccine, they have had chosen to condescend and lecture and demean and debase and mandate,” Kennedy told Fox News’ “The Story.”

“I think that’s why your aunt’s Facebook page has more credibility than they do,” he continued.

“I would suggest that President Biden try it a different way and stop treating people like they’re anti-science morons. I wish he would stop that. But it would probably be easier to teach a toaster to read.” (RELATED: Pfizer Expects To Make Up To $36 Billion On COVID Vaccines This Year)

“We learned last week that the American people are getting pretty tired of being called racist and a Nazi because they don’t automatically agree with everything President Biden says and does,” Kennedy said in reference to Democratic electoral losses.

The senator called the vaccine “a Godsend” that he hopes Americans will take. But Kennedy said “you don’t have to be Oliver Wendell Scalia” to understand that Biden’s mandate to force employees in private businesses to be vaccinated or tested every week “are both dubious reaches by the federal government both statutorily and constitutionally.”

The United States Court of Appeals for the Fifth Circuit ruled against the Biden administration’s decision to require employers with over 100 workers to mandate COVID-19 vaccinations or begin weekly testing. The ruling was to be managed by the Occupational Safety and Health Administration (OSHA) starting on Jan. 4, 2022.

President Joe Biden announced the rule in September and said it would apply to all private employers with 100 or more people working for them.

“As a society, we have to make these decisions all the time about how to balance personal freedom with public safety,” Kennedy said, insisting that “unless you do your research on Twitter,” it should be obvious to anyone “that the best way to make those decisions is to allow the public to decide at the state and local level through their local legislatures and in accordance with the state Constitution and in this case the federal Constitution.” (RELATED: Fox News Poll: Majority Of Americans Support Vaccine Mandates, Passports) 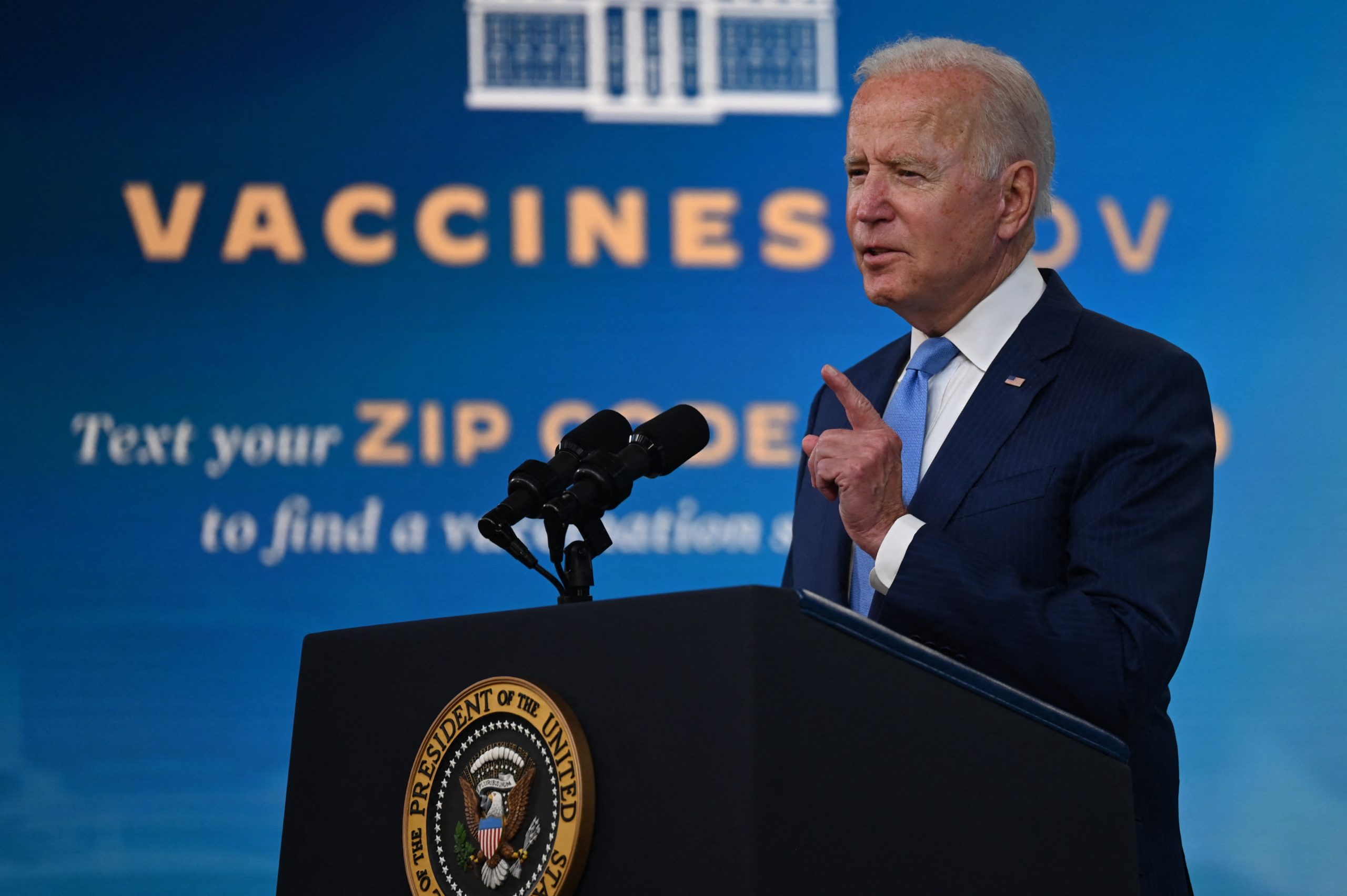 President Joe Biden delivers remarks on the Covid-19 response and the vaccination program at the White House on Aug. 23, 2021 in Washington,DC. – The US Food and Drug Administration on Monday fully approved the Pfizer-BioNTech Covid vaccine, a move that triggered a new wave of vaccine mandates as the Delta variant batters the country. (Photo by JIM WATSON/AFP via Getty Images)

Kennedy encouraged Biden “to persuade” people of the wisdom of taking the vaccine, not to “dictate” and to “stop treating people like morons and children.”