Vice President Kamala Harris arrived in Paris on Tuesday as part of an effort to revitalize relations between France and the U.S. as tensions between the two countries remain high.

The U.S. negotiated a submarine deal with Australia and the U.K. in September, effectively killing a deal France had with the former and frustrating the French government. France’s foreign minister, Jean-Yves Le Drian, called the move “a stab in the back” and likened the behavior to that of former President Donald Trump.

President Joe Biden acknowledged the handling of the deal as “clumsy” during the G-20 conference, CNN reported.

The five-day trip to France will be Harris’ first to Europe since taking office, CNN reported. She began her visit by going to the Pasteur Institute in Paris on Tuesday to meet American and French scientists working on COVID-19 preparedness, ABC News reported.

“Some of the most significant discoveries in science on any issue, from rabies to HIV-AIDS, to breast cancer, to mRNA and what we do around vaccines and pandemics, have occurred here in collaboration with French scientists, American scientists, scientists around the world coming together,” Harris, whose mother died of colon cancer, said. 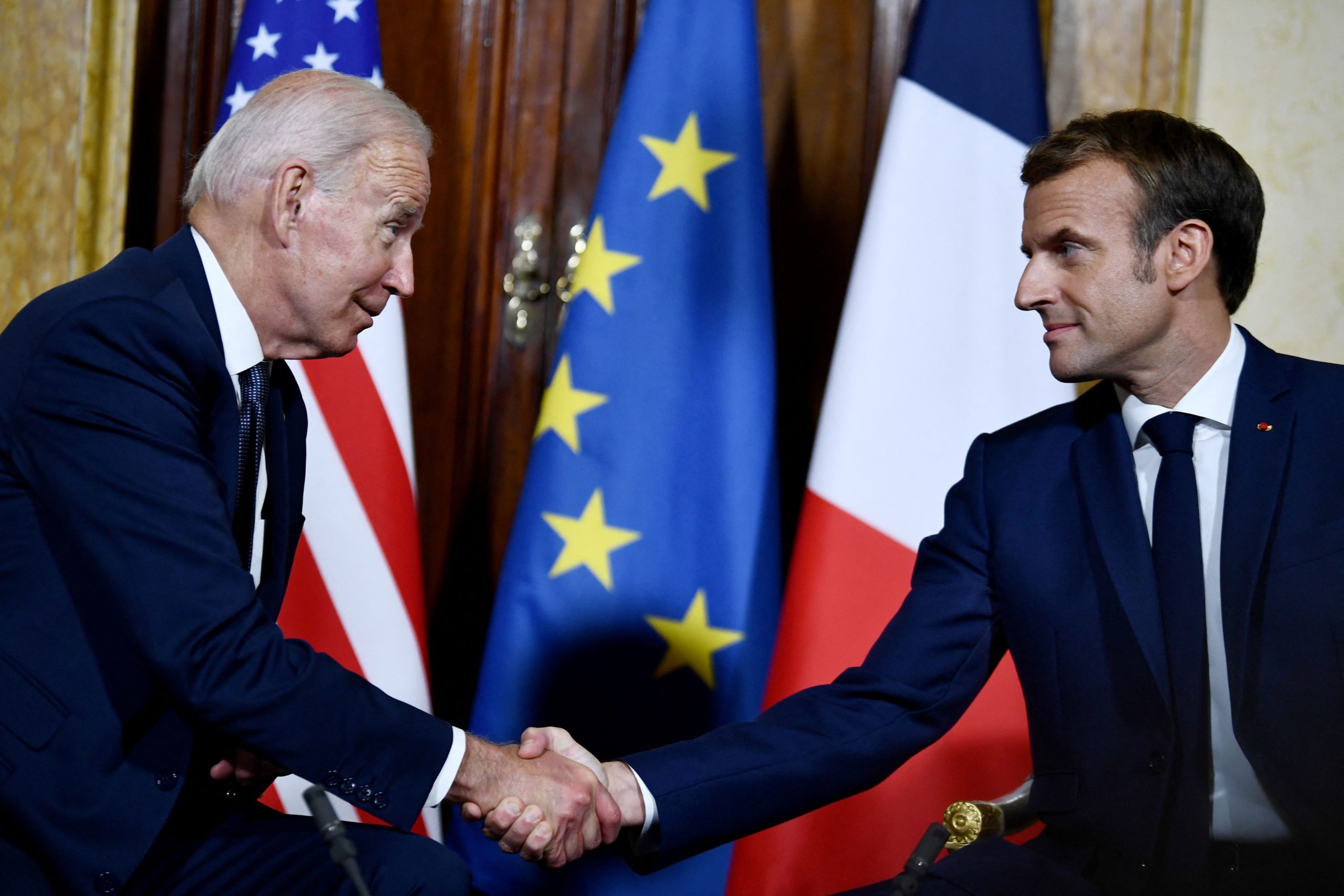 French President Emmanuel Macron and US President Joe Biden shake hands during their meeting at the French Embassy to the Vatican in Rome on October 29, 2021. (Photo by BRENDAN SMIALOWSKI/AFP via Getty Images)

She will also visit Suresnes American Cemetery and commemorate Armistice Day to honor the sacrifice of both American and French troops in the world wars, and she will appear at the Paris Peace Forum in what appears to be an olive branch to French President Emmanuel Macron, who started the thus far neglected conference in 2018, CNN reported.

“We’re past the freefall phase and we’re in the phase where we both have agreed to rebuild, but we’re not quite clear yet what that looks like,” Barry Pavel, director of the Atlantic Council’s Scowcroft Center for Strategy and Security who served as a senior director for defense policy at the National Security Council, told CNN. “The President has already done step one … but this is step two.”

The vice president will also take part in the “Paris Conference on Libya,” where she will call for stronger borders for Libya, Fox News reported. Domestically, Biden has designated Harris as the country’s “border czar” as illegal crossings from Mexico into the U.S. continue to surge.

“Kamala Harris is jet setting to Paris to discuss the plight of Libyan migrants and global gender issues,” former Ambassador to the UN Nikki Haley told the Daily Caller News Foundation. “Meanwhile, in the United States, illegal border crossings are higher than ever, businesses can’t get supplies, and grocery bills keep rising. This administration could not be more out of touch with American families.”