House Speaker Nancy Pelosi stated that climate change poses a greater risk to women than men across the world.

“(Climate change) is the existential threat of our time,” Pelosi remarked Tuesday at COP26, the ongoing United Nations climate summit in Glasgow, Scotland, according to The New York Times. “It’s a threat multiplier that amplifies and accelerates existing inequities. Eighty percent of people displaced by climate change globally are women.”

The information cited by Pelosi appeared to originate from a 2018 UN report that referenced the 80% figure, but it is unclear which study the statistic came from. The report further concluded that women tend to be harmed more than men during cataclysmic climate events because they remain in the home while men are “out in the open” and cultural gender roles “sometimes limit women’s abilities to make quick decisions.”

On Monday, Speaker Pelosi traveled to the conference along with nearly two dozen fellow House Democrats, she announced. The lawmakers were set to participate in bilateral meetings, panel discussions and other “engagements” with international counterparts.

Much of the Democrats’ activity revolved around gender issues Tuesday since it was “gender day” at COP26, the UN said. (RELATED: Obama Takes Credit For Emissions Reductions Under Trump Administration) 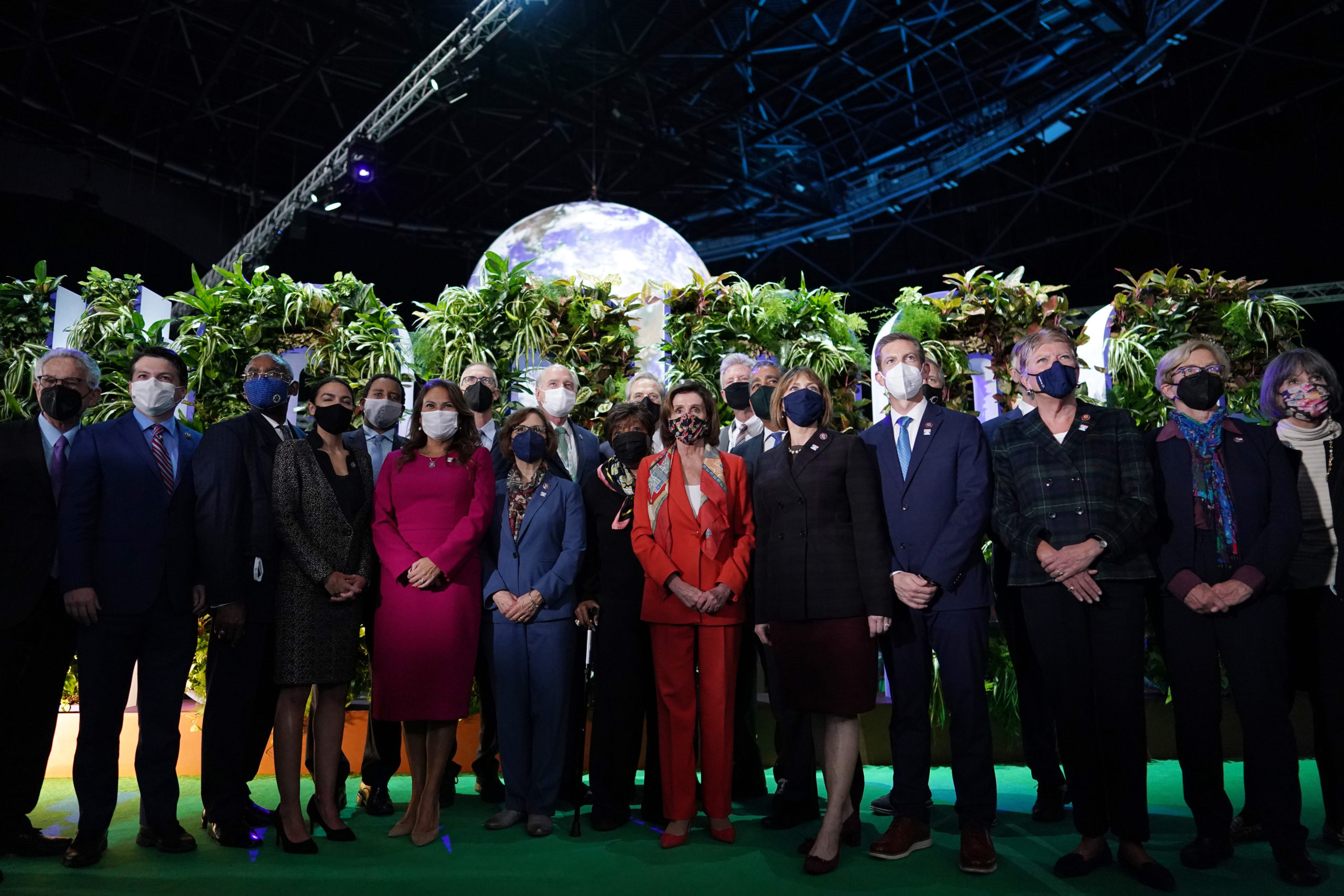 “We’re here to push,” said Democratic New York Rep. Alexandria Ocasio-Cortez, who was part of the congressional delegation, the NYT reported. “It’s time for us to re-examine our first-world and global governments, to re-examine their priorities about what is possible, and really try to push them on the boundaries of that.”

Last week, the House approved a key measure moving President Joe Biden’s budget framework, the Build Back Better Act, closer to being passed. The legislation includes $555 billion in climate spending, the largest of its kind ever.

Democrats touted the budget bill during their meetings and remarks at COP26 on Tuesday.

“As the world faces ‘Code Red for Humanity’ because of the climate crisis, America has the great responsibility and opportunity to meet this moment,” Pelosi said in a statement Monday.

“Led by President Biden and the Democratic Congress, we will do just that: advancing clean air and clean water for public health, creating good-paying green jobs and advancing our pre-eminence in green technologies, protecting our national security and leaving our children and grandchildren a healthier planet and a better future,” she continued.

Pelosi’s office didn’t respond to a request for comment from the Daily Caller News Foundation.