St. Louis University in Missouri informed a student group that posing the question, “What is a woman?” in a social media video was considered “inappropriate conduct” and worthy of an investigation.

The College Republicans at St. Louis University (SLU) received a letter from the university’s Office of Student Responsibility and Community Standards informing them that the group was under investigation for an allegedly “inappropriate” video, according to the Young America’s Foundation (YAF).

The video referenced in the letter was published to the College Republican’s small Instagram page on Sept. 29. It posed the question “what is a woman?” and directed its fire at another group called “SLU Sluts,” which previously claimed that “not all women have a uterus” and “not all people with uteruses are women,” according to YAF.

William Bowey, SLU’s assistant director of the Office of Student Responsibility and Community, asked to schedule an “individual hearing” with the leadership of the College Republicans for allegedly violating school rules.

The College Republicans were told that if they “fail to schedule or attend the meeting” that the allegations would be “resolved without [their] input.”

SLU’s College Republicans have been subjected to intense scrutiny from progressive groups on campus, including the “SLU Sluts.” According to a since-deleted version of the “SLU Sluts” Link Tree, the group included a link for students to report grievances with the conservative group. 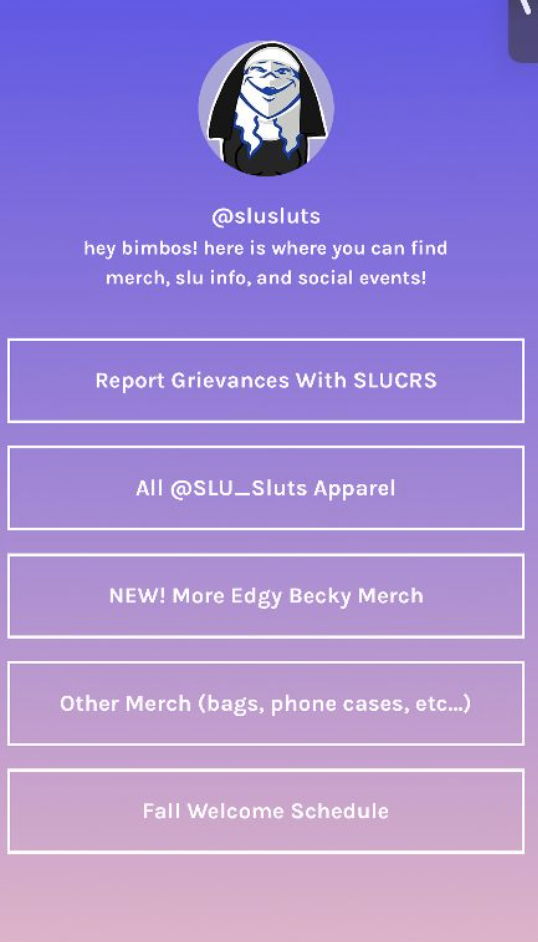 A pro-choice group on campus, which has since deleted its social media, attempted to dox members of the College Republicans by publishing 12 of their names. The organization further encouraged students to call out “the bigots in class.” (RELATED: Pro-Life Group Says Google Banned its Ads In ‘Dramatic And Unprecedented Move’)

The reproductive rights group posted a note that took credit for posting “the names of twelve anti choicers and transphobes that go to SLU.” The group said they removed the names because of the “mental healthy [sic] crisis,” though it encouraged students to call pro-life students out.

“On Monday … we’re calling out the bigots in class,” the post reads. “Before each class take a look at the canvas class roster. Compare it with the accounts that follow [College Republicans] and [Students for Life] and find the matches. Right when class begins, get up in front of class and alert everyone in the room that there is an antichoicer among them.” 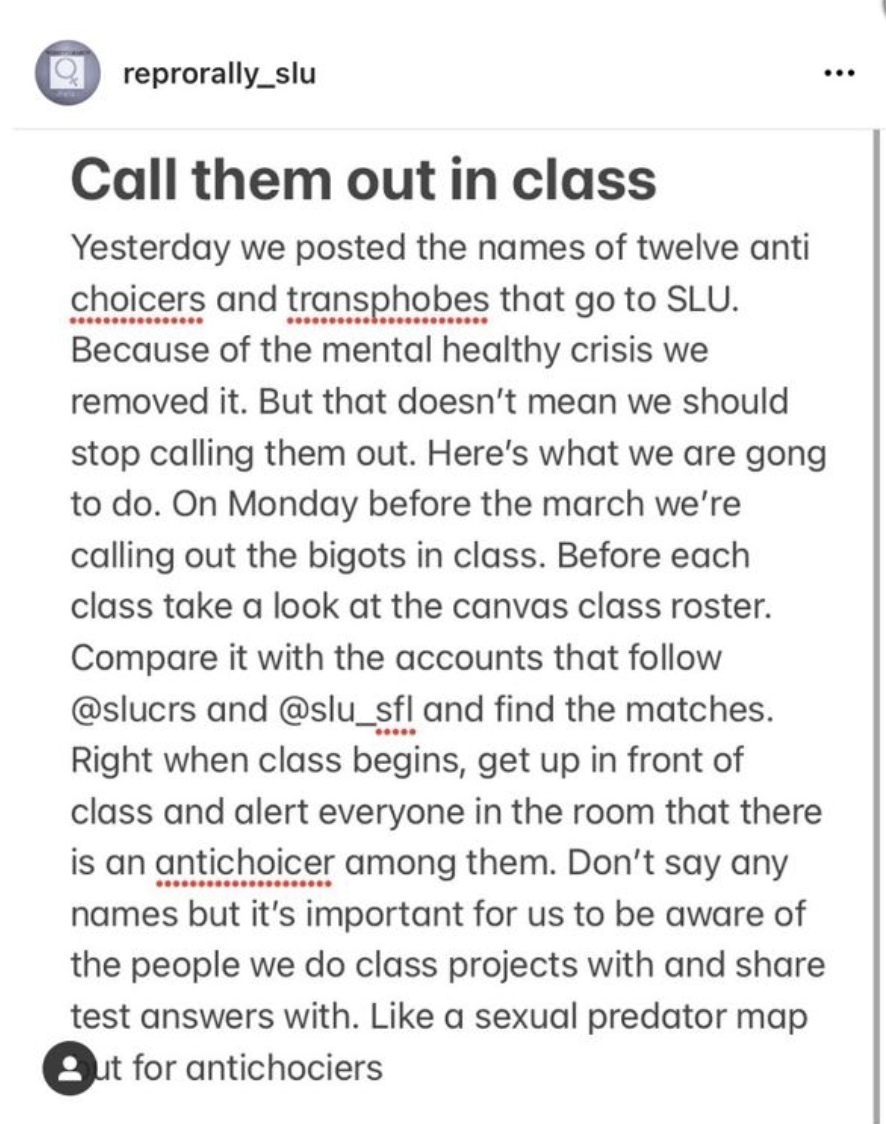 The group called their project “like a sexual predator map but for antichoicers.”