A detective pointed on Tuesday a gun at the defense team in court during the trial of Kyle Rittenhouse.

The detective can be seen shouldering the AR-15 style rifle towards Rittenhouse attorney Mark Richards’ hand. The demonstration was used to show how Rittenhouse would have shot Joseph Rosenbaum in the hand. (RELATED: New Drone Footage At Rittenhouse Trial Reveals Clearest Video Yet Of Rosenbaum Shooting)

Rittenhouse attorney Mark Richards had Detective Ben Antaramian hold Rittenhouse’s gun to demonstrate how Joseph Rosenbaum could have gotten shot in the hand by Rittenhouse.

Rosenbaum’s hand was in “close proximity or in contact” with Rittenhouse’s gun immediately before Rosenbaum was killed, according to Dr. Doug Kelley, a medical examiner who performed autopsies on Rosenbaum and Anthony Huber. “This is a close range injury,” Kelley said. 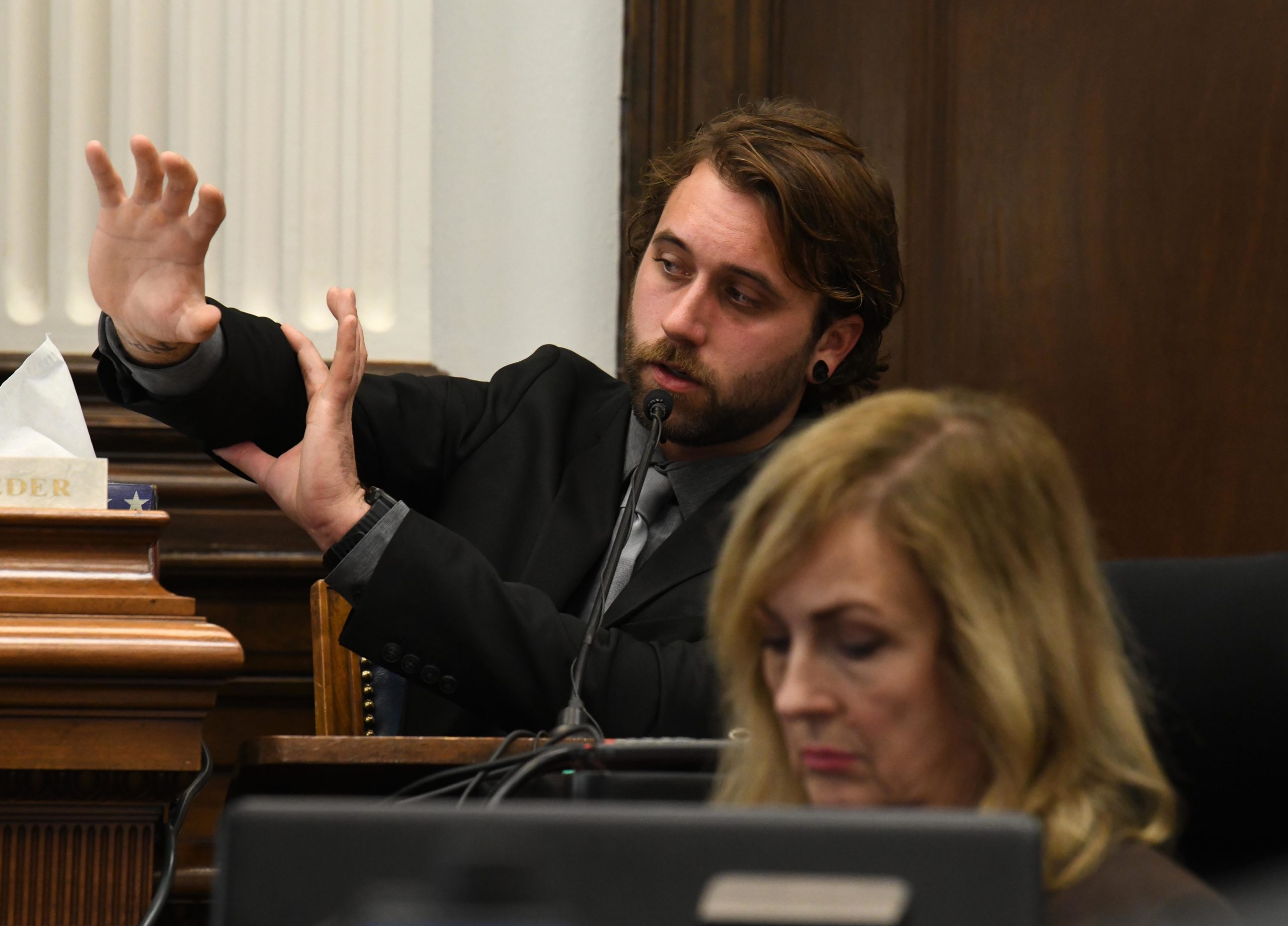 Gaige Grosskreutz testifies about permanent injuries to his right arm and hand as he testifies about being shot in the right bicep during the Kyle Rittenhouse trial at the Kenosha County Courthouse on November 8, 2021 in Kenosha, Wisconsin. (Photo by Mark Hertzberg-Pool/Getty Images)

Daily Caller video director Richie McGinniss also testified that Rosenbaum was reaching for Rittenhouse’s gun at the time he was shot.

Judge Bruce Schroeder granted the defense team’s motion Tuesday to drop the curfew citation charge against Rittenhouse. However, a second motion to dismiss the possession of a dangerous weapon by a minor charge was denied.

Rittenhouse is on trial for murdering Anthony Huber and Joseph Rosenbaum as well as shooting and injuring Gaige Grosskreutz at a protest in Kenosha, WI. Rittenhouse has pled not guilty to all the charges against him.