Prosecutors recommended late Tuesday that Jacob Chansley, the so-called “QAnon Shaman” who stormed the Capitol on Jan. 6 shirtless and wearing horns, go to prison for 51 months, a sentence that would be the longest for any rioter who participated.

“Defendant Chansley’s now-famous criminal acts have made him the public face of the Capitol riot,” prosecutors argued in their 28-page filing Tuesday, adding that he was one of the first rioters to enter the Capitol. “The defendant then stalked the hallowed halls of the building, riling up other members of the mob with his screaming obscenities about our nation’s lawmakers, and flouting the ‘opportunity‘ to rid our government of those he has long considered to be traitors.”

Despite Chansley’s four-year, three-month sentence recommendation, he is not accused of assaulting law enforcement or destroying government property. Paul Hodgkins, another rioter who faced similar charges, was the first to be sentenced for a felony offense but received just an eight-month prison term. (RELATED: Capitol Rioter Who Threatened To Kill His Family Becomes First To Face Weapons Charges Under Riot Law) 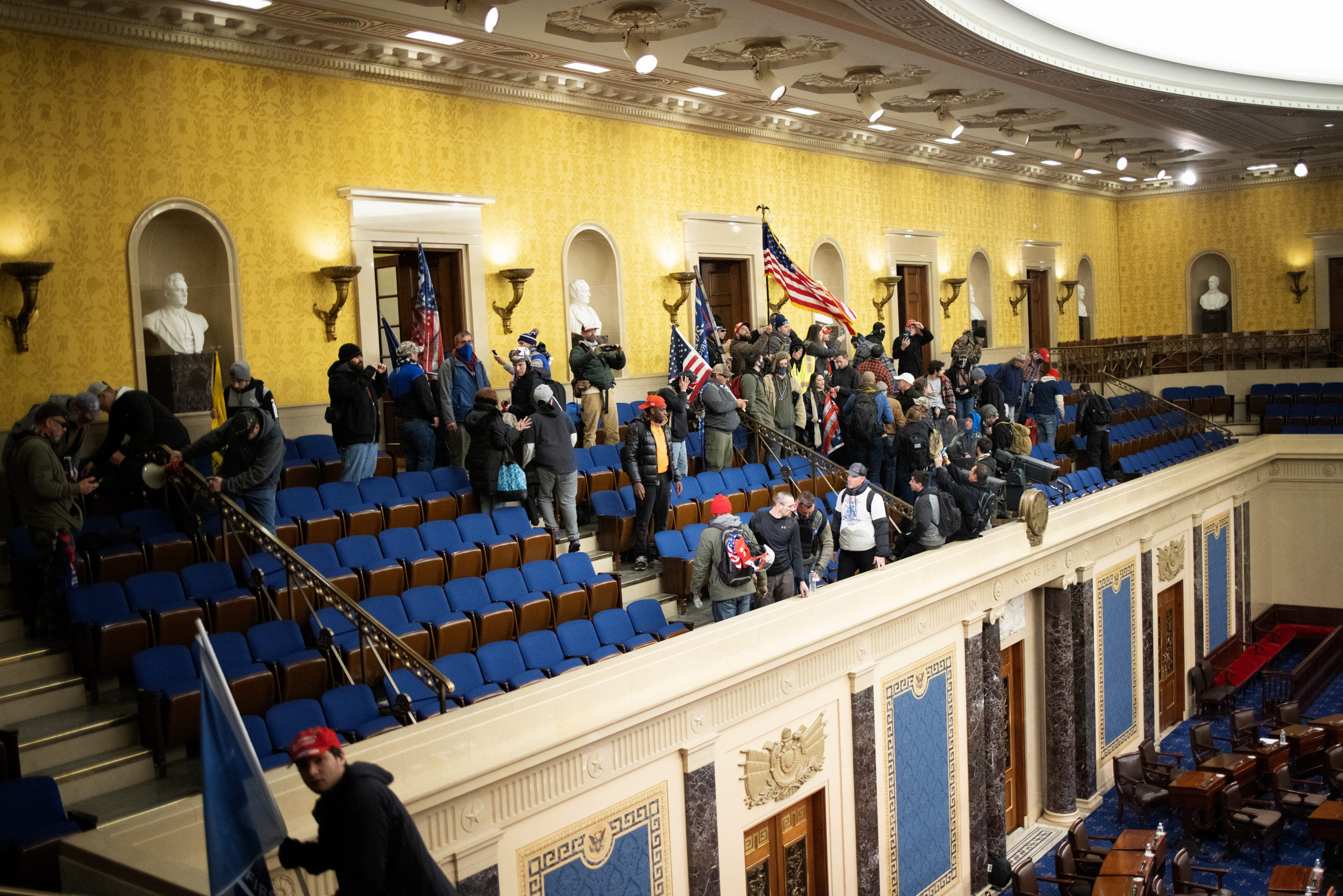 A pro-Trump mob gathers inside the Senate chamber in the Capitol on January 6. (Win McNamee/Getty Images)

Other rioters are awaiting charges for violent offenses. Scott Fairlamb, a rioter who pleaded guilty to charges including assault of an officer, is set to be sentenced Wednesday, and prosecutors have asked for a 44-month prison term.

But prosecutors on Chansley’s case say that even though he was non-violent, his actions and lack of remorse warrant a harsher sentence.

“Chansley showed no remorse in the days after the event,” they said in the filing. “Gloating to NBC News that the actions of the rioters that day sent our nations law makers into hiding, with gas masks, retreating into their underground bunker.”