A 911 call from a woman at the scene of the fatal Las Vegas car crash involving an NFL wide receiver, Henry Ruggs, detailed the chaos that unfolded after the collision, TMZ Sports reported.

“Oh my God, they can’t get no one to help, the whole thing is on fire,” the woman says on the call, TMZ Sports reported. “All I see is flames.”

“It’s almost all gone, and I think someone’s in it,” she adds. Ruggs is accused of killing a 23-year-old woman during the Nov. 3 accident and faces felony DUI charges, Fox News reported.

Ruggs was allegedly driving 156 mph moments before the crash, with a blood alcohol level of twice the legal limit, chief deputy district attorney Eric Bauman, said in court. The former Raiders star and his girlfriend were left seriously injured.

The woman says “the kids are just yelling for help,” but says that the flames were so high “you can’t get near it.” 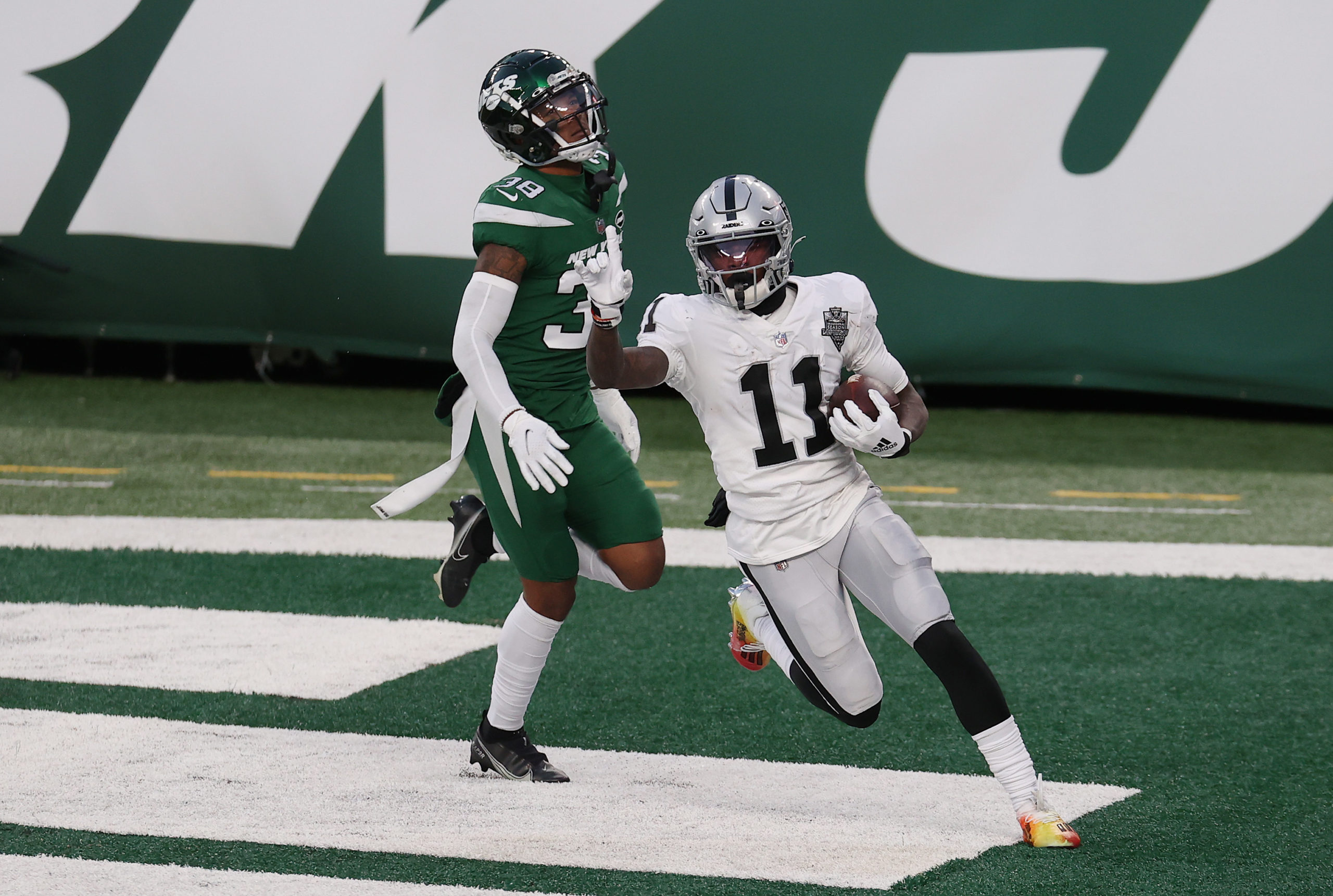 Henry Ruggs III #11 of the Las Vegas Raiders reacts after scoring a touchdown in the final seconds of the second half as Lamar Jackson #38 of the New York Jets looks on at MetLife Stadium on December 06, 2020 in East Rutherford, New Jersey. (Photo by Al Bello/Getty Images)

“I want to say the [Corvette] was probably speeding,” a male witness said, TMZ Sports reported. “I mean, I heard loud revving, loud noises, and then a big collision.” (RELATED: Horrifying Video Shows Henry Ruggs Moments After He Allegedly Killed A Woman In A DUI Crash)

Ruggs faces four felony charges related to the crash, and he is on house arrest as his criminal case proceeds, Fox News reported. He was the 12th overall pick by the Las Vegas Raiders in the 2020 NFL Draft but was released by the team in the hours after the crash.