News flash: Prices are going up. They are going up broadly across many products and services. And they are going up quickly. Inflation is here. It’s already bad, and there are many signs that it could get worse.

In the wake of this news, President Joe Biden has announced that he’s committed to continuing with his massive new government spending program. It’s hard to overstate how crazy this is. The good news for Republicans is even amid all their problems and disarray, with his reckless and rigidly ideological spending plans, Biden may soon be passing them political power. The bad news for America is we are all likely to suffer from it in the interim.

The federal government is on an unprecedented spending binge. Even before Biden took office, the government passed COVID-19 emergency spending bills totaling: $8.3 billion, $192 billion, $2.2 trillion, $484 billion and $868 billion. Some of this was justifiable. COVID-19, and the government restrictions that came with it, devastated many businesses. But much was also wasted. 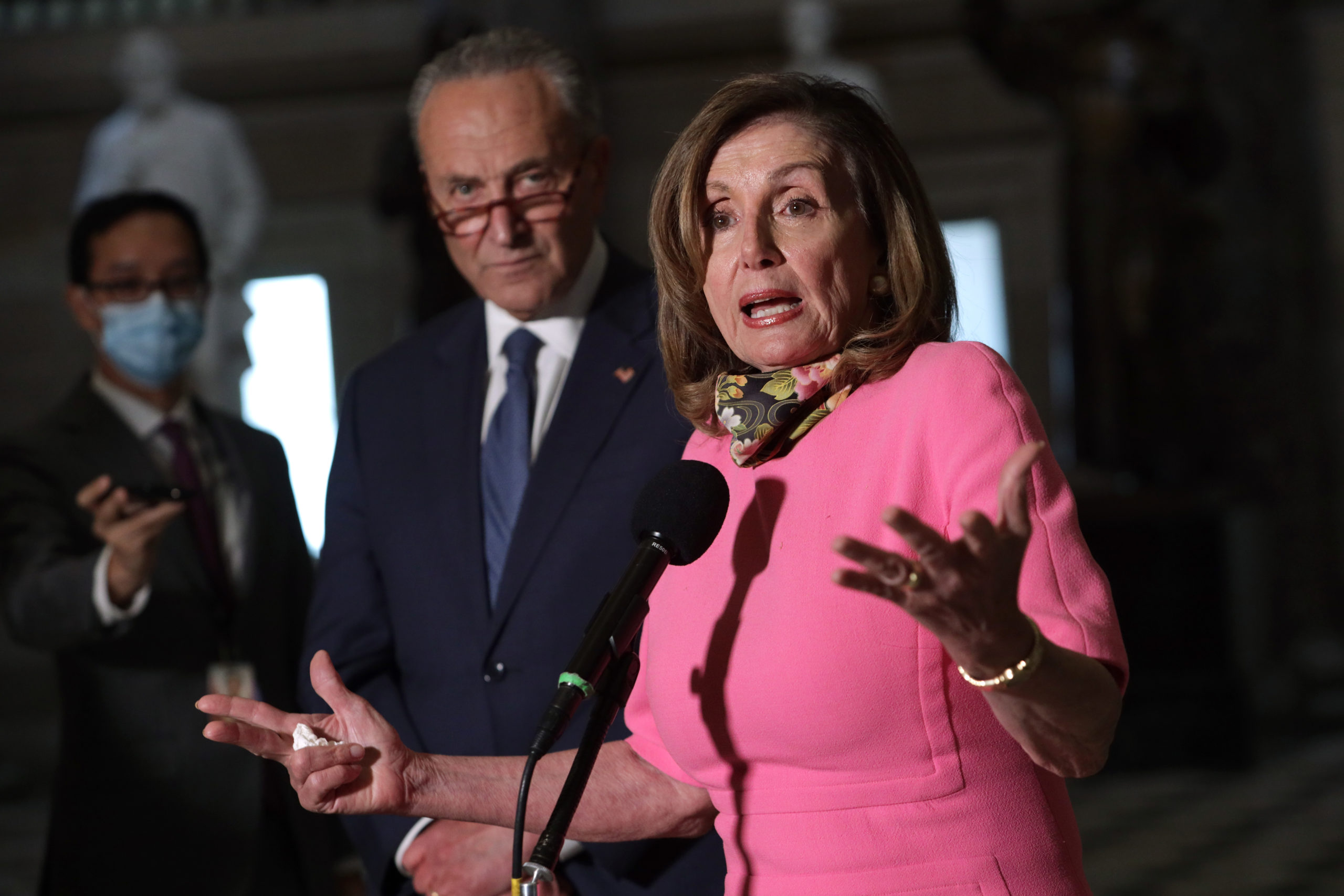 By the time Biden took office, there were signs that the economy was beginning to recover. There were also signs that the direct payments and enhanced unemployment benefits included in the COVID-19 spending bills were reducing the incentive for Americans to go back to work. They would make more staying home and collecting benefits. On top of this, the federal government was passing emergency spending bills faster than they could even spend the money. With a full $1 trillion in prior federal emergency relief still unspent upon his taking office, Biden nonetheless pushed through the so-called American Rescue Plan, an additional purely partisan $1.9 trillion COVID-19 spending package.

In total then, the U.S. government spent more than 30% of the country’s annual total economic output to try to stimulate the economy. This was unchartered territory. Many on both sides of the political aisle warned at the time that all this government spending could overheat the economy. Larry Summers, Treasury secretary under President Bill Clinton and National Economic Council director under President Barack Obama, summarized the concerns succinctly: “While there are enormous uncertainties, there is a chance that macroeconomic stimulus on a scale closer to World War II levels than normal recession levels will set off inflationary pressures of a kind we have not seen in a generation, with consequences for the value of the dollar and financial stability … Stimulus measures of the magnitude contemplated are steps into the unknown.” (RELATED: Top Obama Economist Goes After Woke Fed For Opening An Inflation Pandora’s Box)

The White House response to those on all sides of the political spectrum who dared to question them was withering. Inflation was just “transitory,” we were told. Ten months have now passed, and we have the answer. The White House was wrong. Inflation has not been transitory. It’s here, and it’s getting worse. This week, the Consumer Price Index was up 6.2% from a year ago. Prices are up across the board. Energy costs are worst, with heating oil up 59%, gasoline up 49% and natural gas up 28%. Food prices are way up too: Beef is up 20%, pork 14%, fish 11%, eggs 11% and chicken nearly 9%. And many other categories are at or near records: Furniture is up 12%, new cars 9%, used cars 26%, TVs 10%, hotel and motel rentals 25%, car rentals nearly 40% and the list goes on. 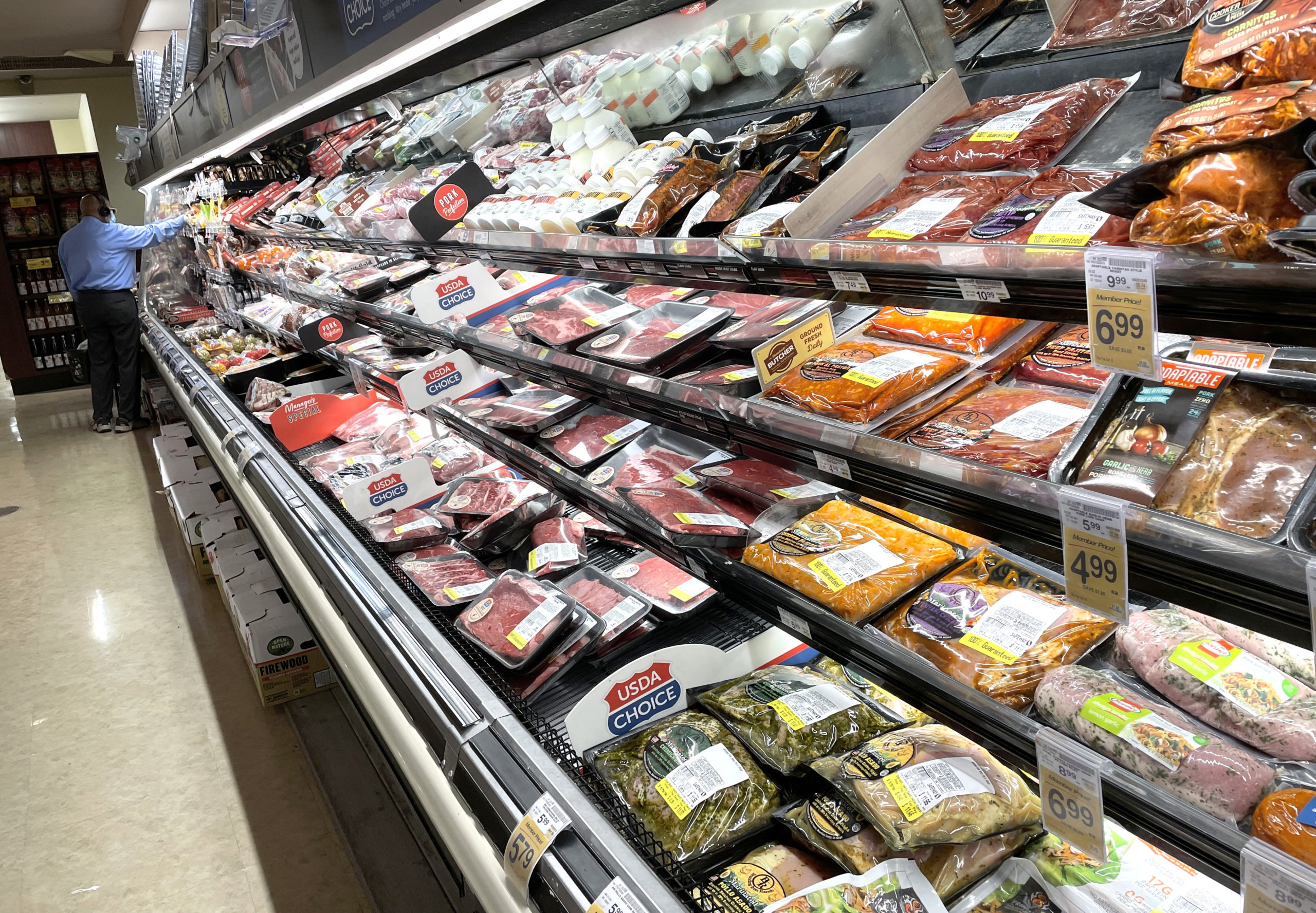 SAN FRANCISCO, CALIFORNIA – OCTOBER 04: A customer shops for meat at a Safeway store on October 04, 2021 in San Francisco, California. The price for meat at the grocery stores has surged over the past year with beef jumping 12.2%, pork 9.8% and chicken up 7.2% since last year. (Photo by Justin Sullivan/Getty Images)

These are real price hikes hitting real Americans’ pocketbooks. Summers’ warning that we could see inflation not seen in a generation may have been viewed as hyperbolic, but it has come true. The price increases announced this week are the biggest since 1990. They were driven by many factors, but excessive government spending was a major one. (RELATED: Here’s Where In The US Prices Have Risen The Most)

Biden’s response is hard to comprehend. He wants to spend more. Even in a world of bizarre and radical policy proposals like open borders and defunding the police, calling for additional massive new government spending as we are seeing inflation spike to record levels is hard to fathom. Biden has always been a liberal, but he was not known as a wide-eyed radical. Yet what we are seeing today is truly radical. It’s putting ideology over all else. The left wing of the Democratic Party may want to transform America into a much more socialist country, but all this spending as record inflation is already setting in is the opposite of sane.

Why doesn’t the White House understand this? As with every White House before them, Biden and his staff are now in an insular bubble that’s hard to penetrate. They spend their days speaking mostly with each other and those on the outside who share their worldview. They coax each other into believing crazy things. They think they can get away with saying there’s no inflation and then saying, “Sure, there’s inflation, but it’s just temporary” and then saying, “Well, OK, there is inflation, but it’s actually a good thing, and what’s more, a ton more government spending is going to fix it.”

The corporate media’s zeal to prop up Biden as the antidote to former President Donald Trump is now being tested. Will they report at all on the radical nature of what is being proposed? Will they call out the administration’s contradictions and inconsistencies? They have begun to break the dam just a little bit. They should all remember that in the end, there is no amount of bias or even Big Tech algorithm censorship that’s going to hide this truth from the American people. People are not dumb. They see prices going up. They see government spending now permanently pegged at emergency levels. They sense that something is not right with all of this.