The United States Court of Appeals for the Fifth Circuit upheld a previous decision to temporarily block the Department of Labor’s vaccine mandate Friday evening in a blow to President Joe Biden’s agenda.

The three judge panel wrote that the mandate likely “violates the constitutional structure that safeguards our collective liberty.” The appellate court’s ruling added that the mandate was “staggeringly overbroad.”

On Sept. 9, Biden authorized the Occupational Safety and Health Administration (OSHA) to craft a rule requiring businesses with more than 100 employees to mandate workers to either get a COVID-19 vaccine or submit weekly tests proving they aren’t infected with the virus. While the administration said the mandate was in response to an emergency surge of coronavirus cases, it was officially published on Nov. 4 and won’t go into effect until early 2022.

More than 80 million Americans, or over half of the U.S. working population, work for a business that has more than 100 employees, according to Bureau of Labor Statistics data. (RELATED: Biden Administration Hit With Lawsuits Challenging Vaccine Mandate)

“Applying to 2 out of 3 private-sector employees in America, in workplaces as diverse as the country itself, the Mandate fails to consider what is perhaps the most salient fact of all: the ongoing threat of COVID-19 is more dangerous to some employees than to other employees,” the Fifth Circuit ruling continued.

The judges added that a 28 year-old trucker who spends his work day alone is less at risk from coronavirus than a 62 year-old prison janitor. The mandate fails to consider the nuances of different workplaces and workers’ different exposure risks, the court said. 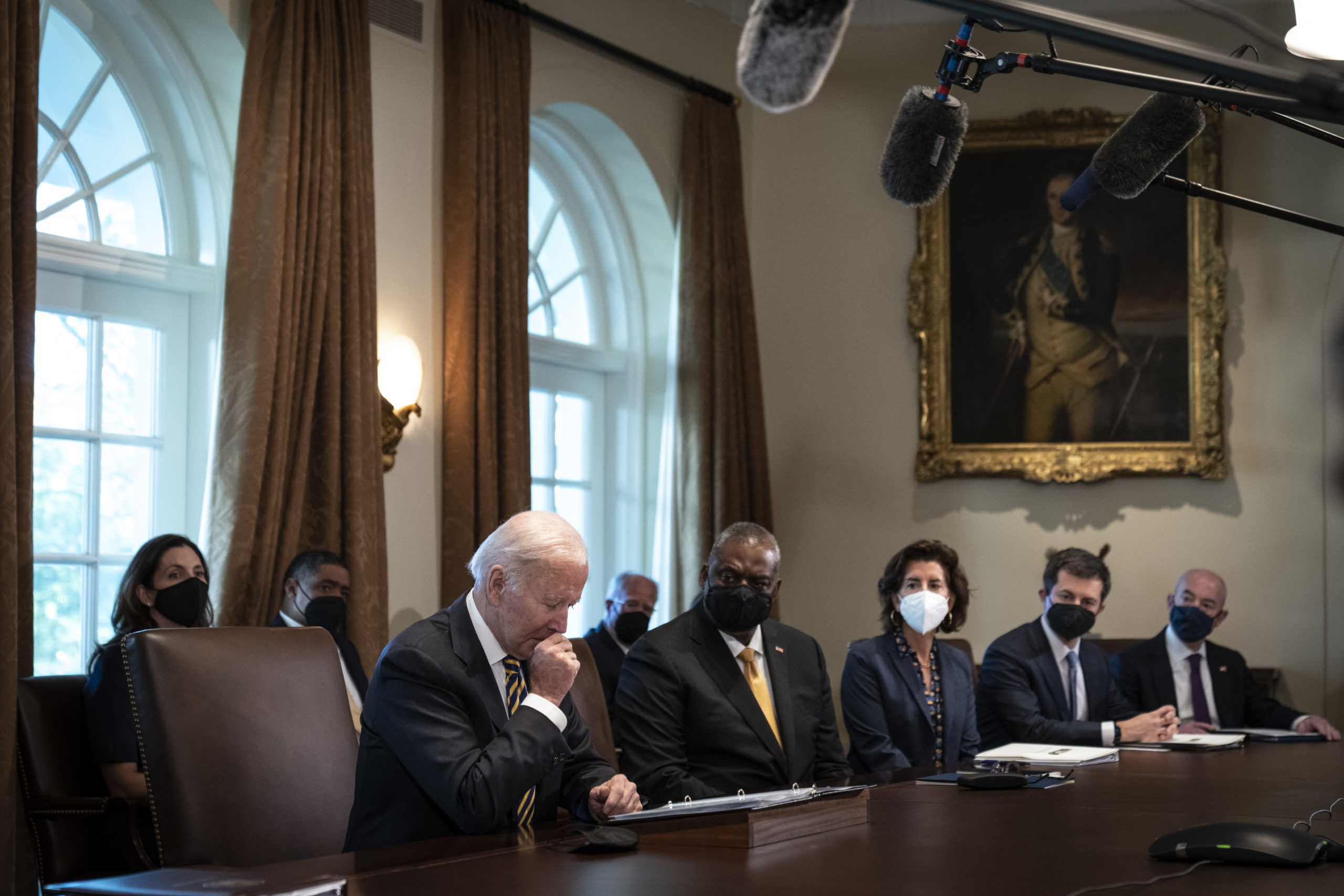 President Joe Biden pauses while speaking during a cabinet meeting on Friday at the White House. (Drew Angerer/Getty Images)

“Likewise, a naturally immune unvaccinated worker is presumably at less risk than an unvaccinated worker who has never had the virus,” the ruling stated. “The list goes on, but one constant remains—the Mandate fails almost completely to address, or even respond to, much of this reality and common sense.”

Immediately after OSHA issued the rule, multiple states and business groups sued the Biden administration, arguing the the mandate was unconstitutional. The Fifth Circuit blocked the mandate pending further action in a ruling issued on Nov. 6, just days after the lawsuits were filed. (RELATED: Arizona Becomes First State To Sue Biden Over Vaccine Mandates)

“The Court’s action not only halts Biden from moving forward with his unlawful overreach, but it also commands the judicious review we sought,” Louisiana Attorney General Jeff Landry, who led a multi-state lawsuit challenging Biden’s authority to issue such a rule, said in a statement after the ruling last week. “The President will not impose medical procedures on the American people without the checks and balances afforded by the Constitution.”

But Solicitor of Labor Seema Nanda said the Labor Department was “confident in its legal authority” and that it intended to defend the mandate in court moving forward in a statement to the Daily Caller News Foundation.

This is a breaking news story. Please return for updates.