Iran-backed Houthi forces detained Yemeni security employees guarding the outside of a U.S. embassy on Thursday, according to the State Department.

Though it remains unclear why the personnel were taken hostage, a “majority” of the staff have been released, a State Department spokesperson told the Daily Caller News Foundation on Thursday in a statement.

“We are also concerned about the breach of the compound that had been used by our Embassy prior to our suspension of operations in 2015,” the spokesperson wrote. “We call on the Houthis to immediately vacate it and return all seized property. The U.S. government will continue its diplomatic efforts to secure the release of our staff and the vacating of our compound, including through our international partners.”

The employees were guarding the outside of the compound, located in Sanaa, the capital of Yemen, which has been controlled by the Houthis for years. The U.S. abandoned its diplomatic mission at the compound as a result of the Saudi-backed government’s civil war with the Houthis, who are supported by Iran, The Washington Post reported. 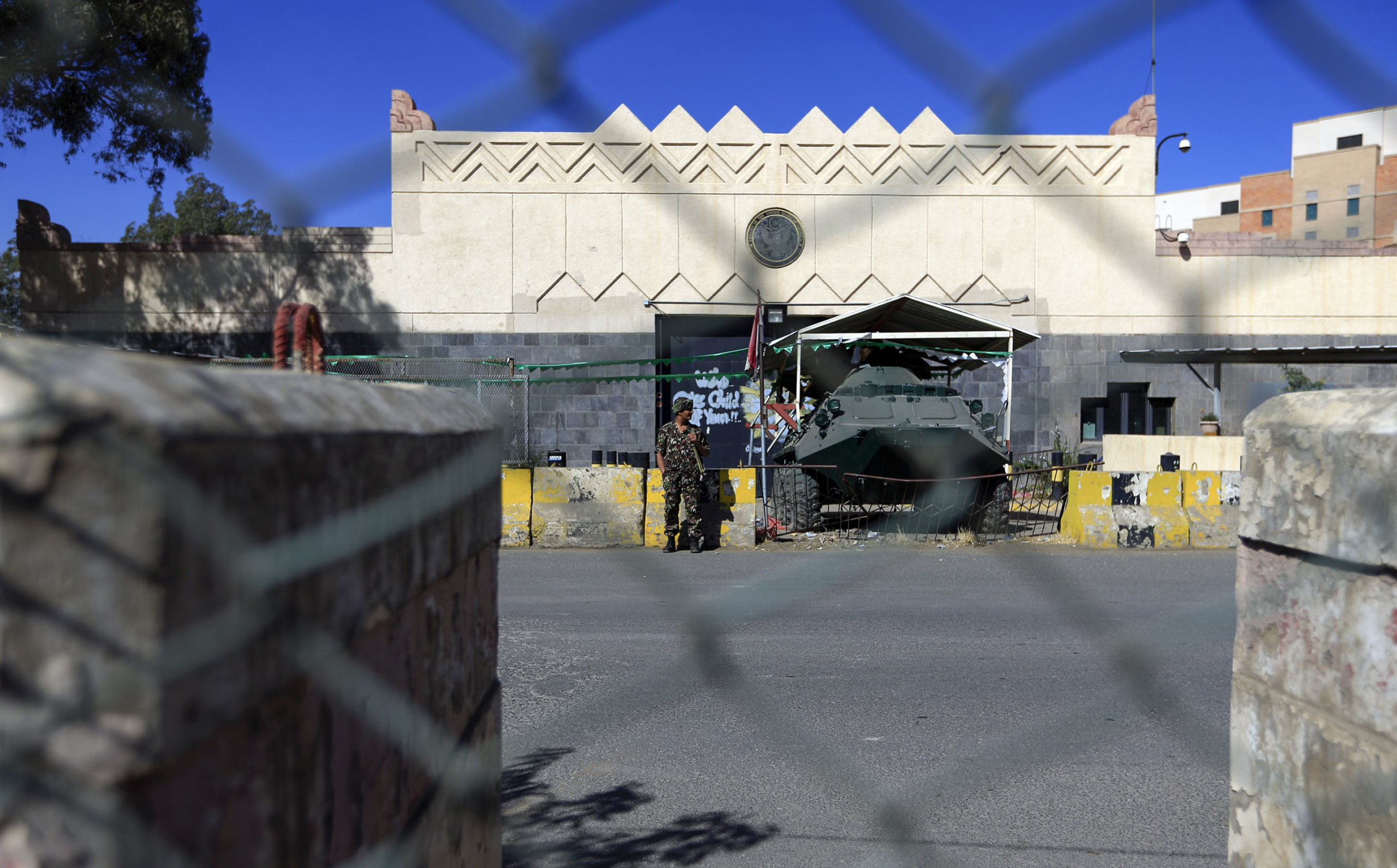 A security member loyal to Yemen’s Houthi movement stands guard by the closed US embassy in the capital Sanaa, on January 18, 2021, as protesters rallied to reject the outgoing US administration’s decision to designate the Huthis a “foreign terrorist organiation”. (Photo by MOHAMMED HUWAIS/AFP via Getty Images)

Saudi Arabia, a U.S. ally in the region, launched a military intervention in Yemen in 2015 in an attempt to restore its internationally recognized government, the Washington Post reported. The effort is an attempt to prevent Iran from further extending its power. (RELATED: Saudi Arabia Stops Operations Against Houthi Rebels In Hodeidah)

The U.N. Security Council imposed sanctions on three Houthi rebel leaders this week, the Washington Post reported. They are accused of helping orchestrate attacks on Saudi Arabia and Yemen’s remote Marib province, the latter of which have led to 1,700 government troops perishing in the first nine months of 2021.

The Houthis have made significant territorial gains in Marib, a stronghold of the recognized government, in recent weeks and would have near-total control of the country’s north if they seized it, the Washington Post reported.