The Washington Post reported Friday it deleted and corrected portions of two articles about the Steele Dossier after the paper decided it “could no longer stand by the accuracy of those elements of the story.”

The outlet “took the unusual step of correcting and removing large portions of two articles” that were published in both March of 2017 and February of 2019 “that had identified a Belarusan American businessman as a key source of the ‘Steele dossier’.”

The Post said they changed the headline and several sections identifying businessman Sergei Millian as the source of the Steele dossier were removed. An editor’s note attached to the 2017 article clarified that while The Post originally believed Millian was the source of the dossier, “that account has been contradicted by allegations contained in a federal indictment filed in November 2021 and undermined by further reporting by The Washington Post.”

The Post said the original story was published because two individuals who spoke on the condition of anonymity but one of the sources “now says the new information ‘puts in grave doubt that Millian’ was a source for parts of the dossier.” (RELATED: ‘Oops! Page Can’t Be Found’: PR Firm Deletes Clinton Advisor From Its Website After Trump Dossier News)

The 2019 article referenced the 2019 report and those references have since been removed, per the editor’s note.

Critics of the infamous Steele dossier had their suspicions vindicated when authorities arrested Russia-born Igor Danchenko and made his indictment, which detailed a series of lies and fabrications in constructing the document, public. 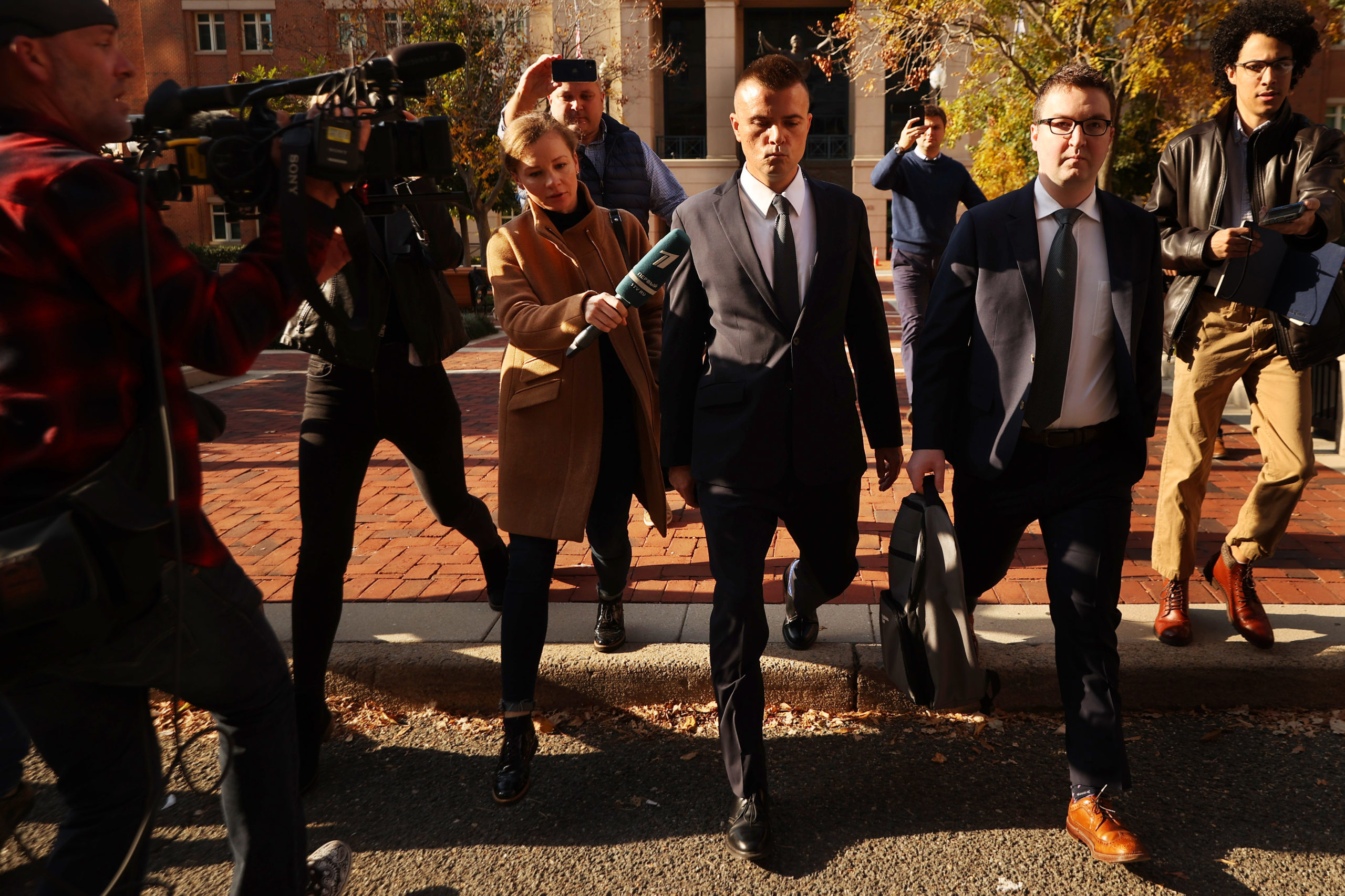 ALEXANDRIA, VA – NOVEMBER 10: Russian analyst Igor Danchenko is pursued by journalists as he departs the Albert V. Bryan U.S. Courthouse after being arraigned on November 10, 2021 in Alexandria, Virginia.(Chip Somodevilla/Getty Images)

Danchenko, the primary researcher for the dossier, was charged with five counts of making false statements to the FBI and is responsible for compiling a trove of information about former President Donald Trump’s alleged collusion with Russia.

The FBI had previously concluded in 2017 that the “reliability of the dossier was completely destroyed,” after Danchenko made several contradictory statements about the dossier, according to Republican South Carolina Sen. Lindsey Graham.

Danchenko was identified as the primary source for the dossier in 2020.

In their explanation, The Post said following Danchenko’s arrest, “new reporting by the newspaper has ‘created doubts’ about Millian’s alleged involvement.”

“The Post’s decision to edit and re-post the Millian stories is highly unusual in the news industry,” The Post said, noting other outlets might add corrections to stories rather than entirely scrapping sections. “It’s rare for a publication to make wholesale changes after publication and to republish the edited story, especially more than four years afterward.”