President Joe Biden banned all members of the Nicaraguan government from entering the U.S. in a proclamation on Tuesday in response to the country’s recent election.

The ban applies to all elected officials, security force members, judges, mayors and others seen as undermining democracy in the region, according to the proclamation. It also includes President Daniel Ortega, his wife and Vice President Rosario Murillo.

“The repressive and abusive acts of the Ortega government and those who support it compel the United States to act,” the proclamation read. “The Ortega government’s undemocratic, authoritarian actions have crippled the electoral process and stripped away the right of Nicaraguan citizens to choose their leaders in free and fair elections.”

The U.S. imposed sanctions on Nicaragua on Monday alongside the U.K. and Canada, Reuters reported. It is a coordinated reaction to the country’s Nov. 7 elections widely viewed as illegitimate.

Biden said it was in the country’s best interest to bar all those “who formulate, implement or benefit from policies or actions that undermine or injure democratic institutions or impede the return to democracy in Nicaragua.” (RELATED: Presidential Challenger In Belarus Sentenced To 14 Years In Prison) 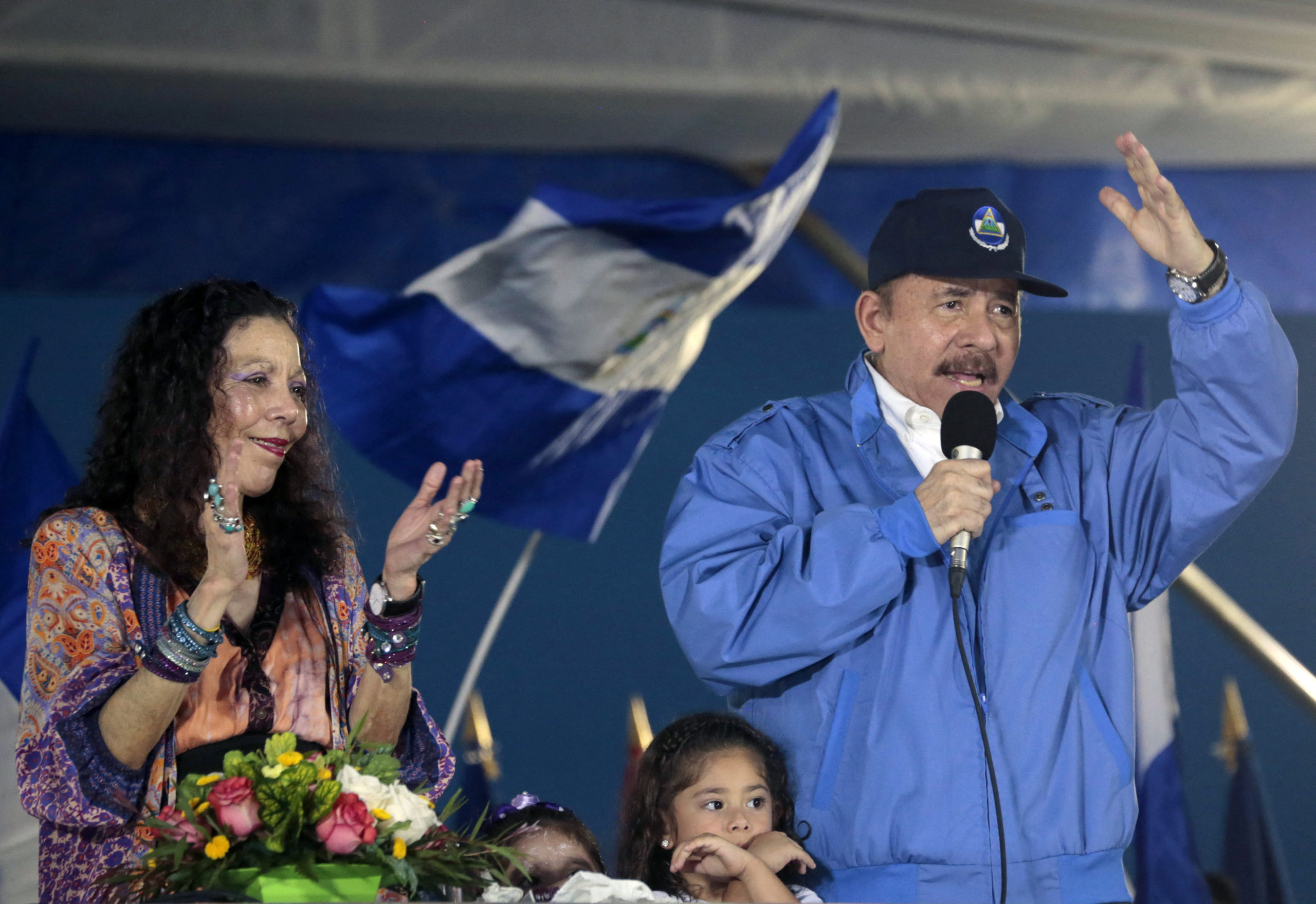 Nicaraguan President Daniel Ortega (R), speaks to supporters, next to his wife and Vice President Rosario Murillo in Managua on October 13, 2018. (Photo by INTI OCON/AFP via Getty Images)

Ortega, re-elected to his fourth consecutive term, jailed political rivals and suppressed media critical of him, Reuters reported. He is a former Marxist guerilla leader who has lambasted the U.S. as “Yankee imperialists,” accusing it of attempting to undermine the results of his victory.

Sanctions imposed by both Biden and former President Donald Trump have failed to deter Ortega, whose win was supported by Cuba, Venezuela and Russia, Reuters reported. U.S. officials have indicated more sanctions are on the way alongside other measures to increase pressure on Ortega.

One effort to be pursued by the White House is preventing Nicaragua from obtaining funds from international financial institutions where the U.S. has a vote, Brian Nichols, assistant secretary of state for Western Hemisphere Affairs, told a House subcommittee on Tuesday, Reuters reported.