The National Republican Senatorial Committee (NRSC) raised $9 million in the month of October and currently has close to $30 million cash on hand, the Daily Caller has learned.

The NRSC raised $9.5 million in September and had $27.7 million cash on hand and no debt.

“Joe Biden and Senate Democrats are leading this country in the wrong direction. There’s an unprecedented crisis raging at the Southern Border, inflation is out of control, and Americans are still stranded in Afghanistan,” NRSC Chairman Sen. Rick Scott said in a statement.

“Americans are fed up with the direction of the country. They know that a Republican Senate majority will hold Joe Biden accountable and get the country back on track and that is why we are seeing record setting support from our grassroots,” Scott added. 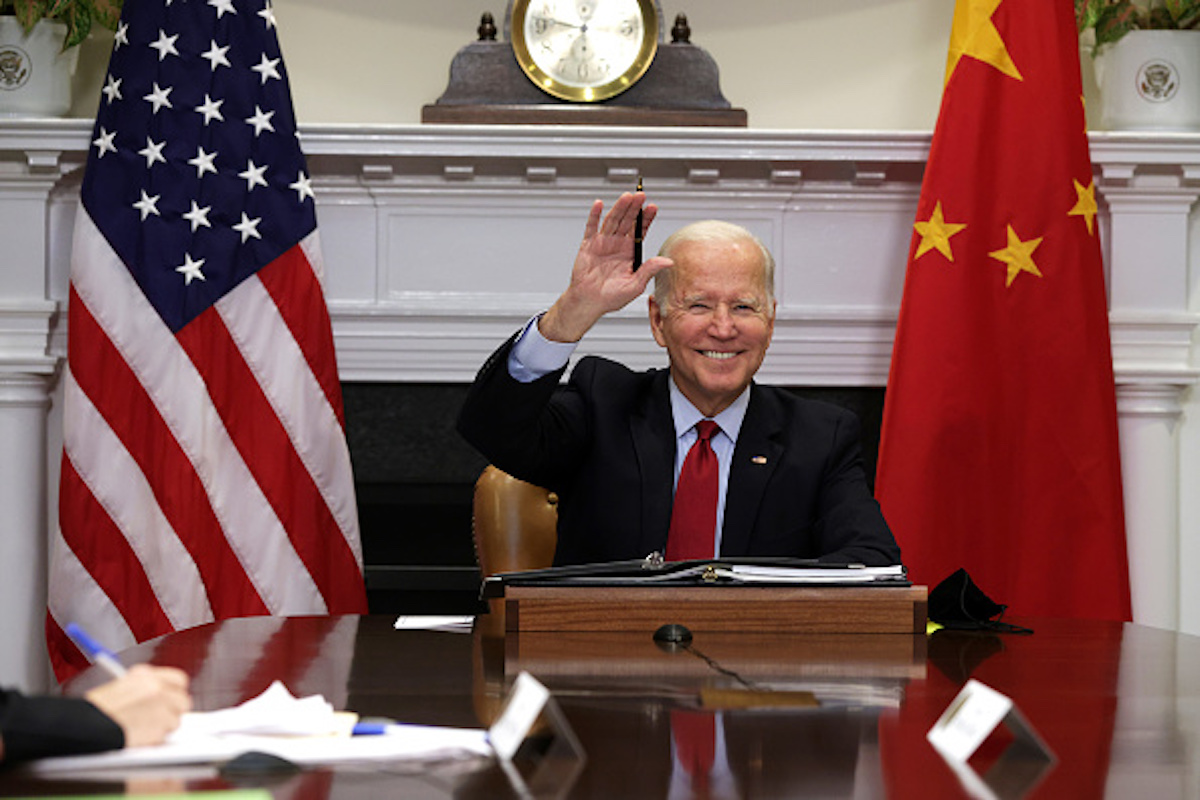 President Joe Biden waves as he participates in a virtual meeting with Chinese President Xi Jinping at the Roosevelt Room of the White House November 15, 2021 in Washington, DC. President Biden met with his Chinese counterpart to discuss bilateral issues. (Photo by Alex Wong/Getty Images)

In an interview with the Daily Caller, Scott listed four races where he believes Republican candidates should defeat Democratic incumbents in 2022 and two more where Republicans could win in a wave election as the GOP tries to regain a majority in the Senate. Republicans are defending 20 Senate seats, with five senators announcing their retirements, while Democrats are defending fourteen. (RELATED: EXCLUSIVE: Here Are The Key Senate Races NRSC Chairman Rick Scott Says To Watch In 2022)

“There’s every reason to believe we should win Georgia, Arizona, Nevada, New Hampshire,” Scott said, adding that retaking seats may be “a little bit harder in Colorado and the state of Washington.”

Scott also told The Caller that GOP candidates will continue to increase their shares of the Hispanic vote in the 2022 midterms. (RELATED: EXCLUSIVE: NRSC Chairman Rick Scott Says One Key Demographic Will Help Republicans Win In 2022)

“The Hispanic vote is going to come out for Republicans,” Scott told the Daily Caller in an exclusive interview. Scott cited the campaign of Virginia governor-elect Glenn Youngkin, who made an effort to prioritize Latino voters in the state.