Members of the ultraconservative House Freedom Caucus elected Pennsylvania Republican Rep. Scott Perry to be its next chair, the group announced late Monday.

“For the past six years, I have stood shoulder to shoulder with the men and women of the Freedom Caucus as we have tirelessly fought to hold the line to promote liberty, safety and prosperity for Americans,” Perry said in a statement Monday evening. “I am grateful to continue to carry the torch for these champions of freedom.”

Perry is set to succeed Arizona Republican Rep. Andy Biggs, whose leadership term expires on Jan. 1. Perry is a vocal defender of former President Donald Trump, and he voted to object to President Joe Biden’s victory in multiple states, including Pennsylvania. (RELATED: Pence Says He Was ‘Proud’ To Certify The Election On January 6) 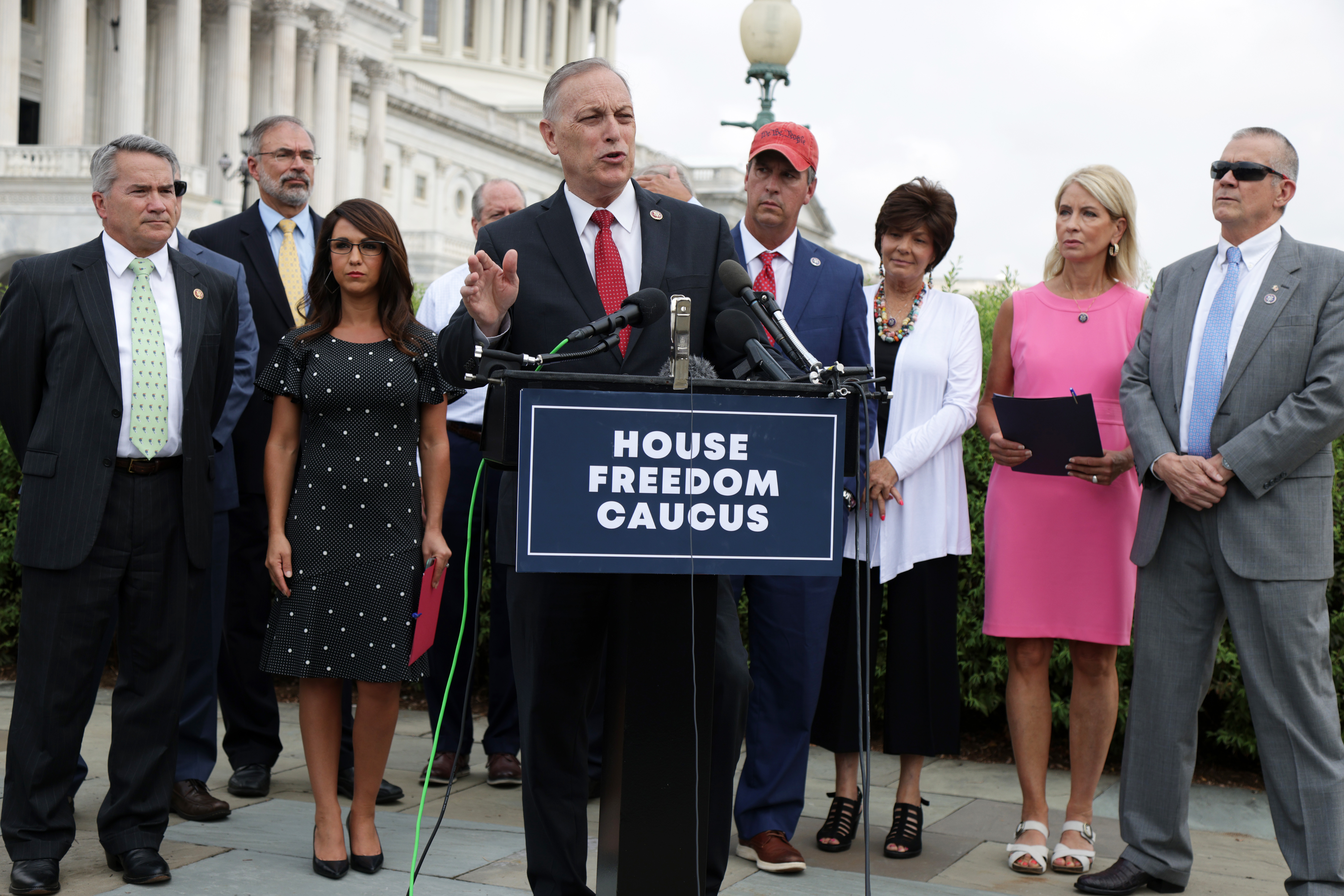 Rep. Andy Biggs speaks during a news conference outside the Capitol in July. (Alex Wong/Getty Images)

Perry beat out Republican Reps. Warren Davidson of Ohio and Ralph Norman of South Carolina in his bid to lead the caucus, according to Politico, which first reported Perry’s win.

Though the group is less powerful now given Republicans’ minority status in the House, it has wielded significant influence since it was founded in 2015 as an even more conservative alternative to the Republican Study Committee. It publicly opposed then-House Speaker John Boehner and prevented California Republican Rep. Kevin McCarthy, now the minority leader, from succeeding Boehner after he resigned in October 2015.