Every Democrat and two Republicans — Reps. Liz Cheney of Wyoming and Adam Kinzinger of Illinois — voted for the resolution, costing Gosar his seats on the House Oversight and Reform and Natural Resources Committees. Gosar, who posted the photoshopped anime video on Nov. 7, deleted it days later but did not apologize publicly.

Gosar served on the Oversight Committee alongside Ocasio-Cortez. The censure resolution was led by California Democratic Rep. Jackie Speier.

“It’s pretty cut and dry,” Ocasio-Cortez said on the House floor ahead of the vote. “Does anyone in this chamber find this behavior acceptable? Would you allow depictions of violence against women, against colleagues, would you allow that in your home?”

“If it’s not acceptable there, why should it be accepted here?” she added.

Gosar is the first House lawmaker to be censured since former New York Democratic Rep. Charles Rangel in 2010 for multiple ethics violations. The Arizona Republican is the first to lose his committees since Georgia Republican Rep. Marjorie Taylor Greene was stripped of hers in February for multiple remarks, including harassing Parkland shooting survivor David Hogg, “liking” calls on Facebook to execute Pelosi and blaming Jewish space lasers for deadly wildfires in the western United States. (RELATED: Democrats Push To Censure Paul Gosar After He Defended Anime Video Of Him Killing Ocasio-Cortez, Attacking Biden) 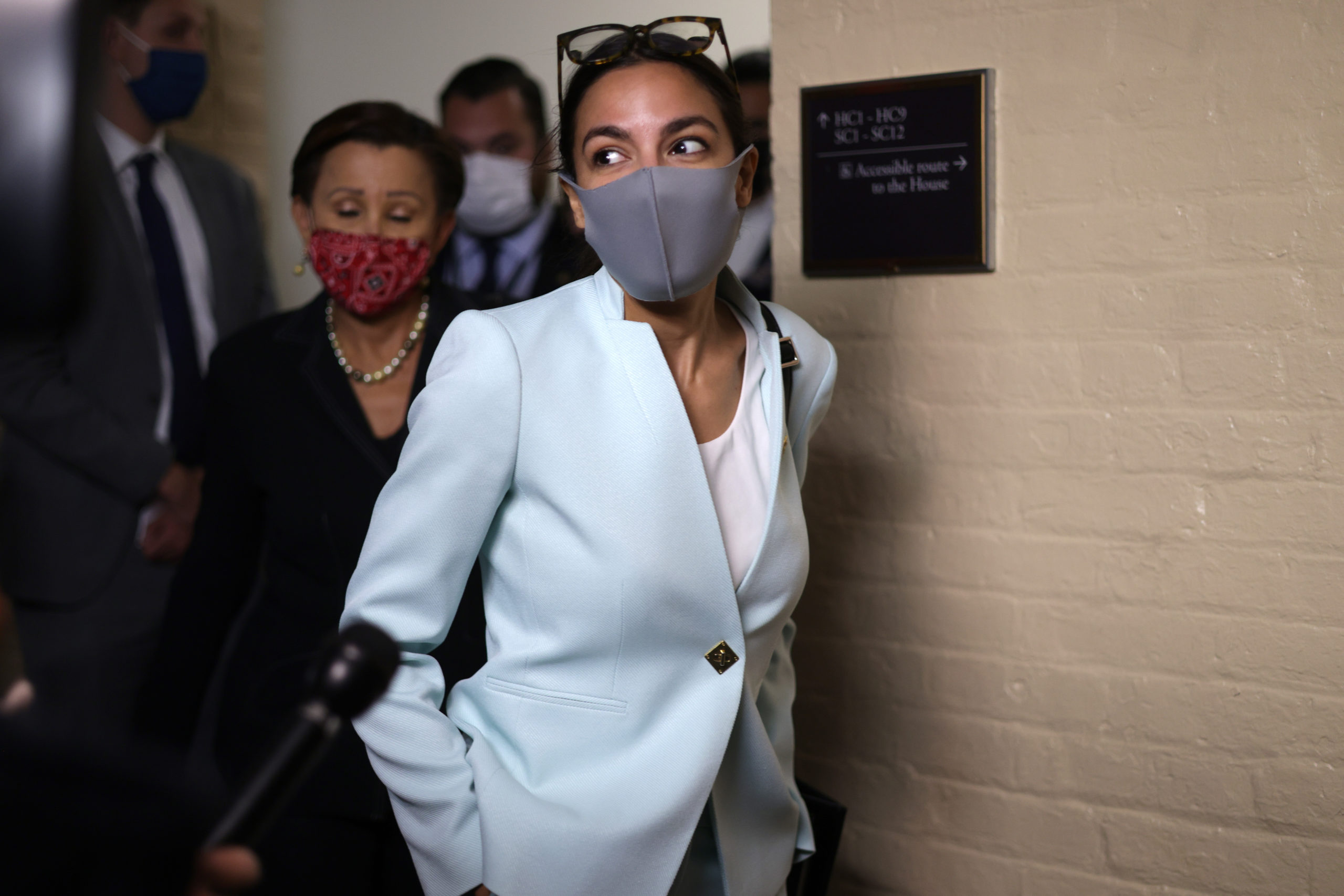 Gosar did not answer reporters’ questions Wednesday regarding whether he regretted posting the video, but defended himself on the House floor. “I do not espouse violence towards anyone. I never have. It was not my purpose to make anyone upset,” he said.

“For this cartoon, some in current Congress suggest I should be punished,” Gosar added. “I have said decisively there is no threat in the cartoon other than the threat that immigration poses to our country. And no threat was intended by my staff or me.”

Ahead of the vote, House Minority Leader Kevin McCarthy accused Democrats of abusing their power, noting inflammatory comments that some had made in recent years. “The speaker is burning down the House on her way out the door,” McCarthy said.

House Speaker Nancy Pelosi, however, said ahead of the vote that censuring and stripping Gosar of his committees had to happen.

“We cannot have a member joking about murdering each other or threatening the President of the United States,” Pelosi said on the floor. “It is a sad day for the House of Representatives but a necessary day.”