The disorganized process of attempting to get Americans and other allies out of Afghanistan led many within the State Department to suffer a crisis of mental health, according to interviews with employees conducted by Politico.

One State Department official told Politico that the U.S. withdrawal from Afghanistan was “extremely demoralizing,” noting that the “experience broke a lot of people.”  The official said the department was “inundated by personal requests to help specific people” but remained “powerless to do anything” to help.

Another official told Politico of a phone conversation they had with an Afghan father where the Taliban could be heard banging on his door.

“It’s so scary. You don’t know if you’re going to be on the phone with someone when they get shot,” the official said. “You don’t know if the email you’re getting from that person is going to be the last email from them.” (RELATED: Despite Afghanistan, The US Will Come To Taiwan’s Defense If China Invaded, Experts Say) 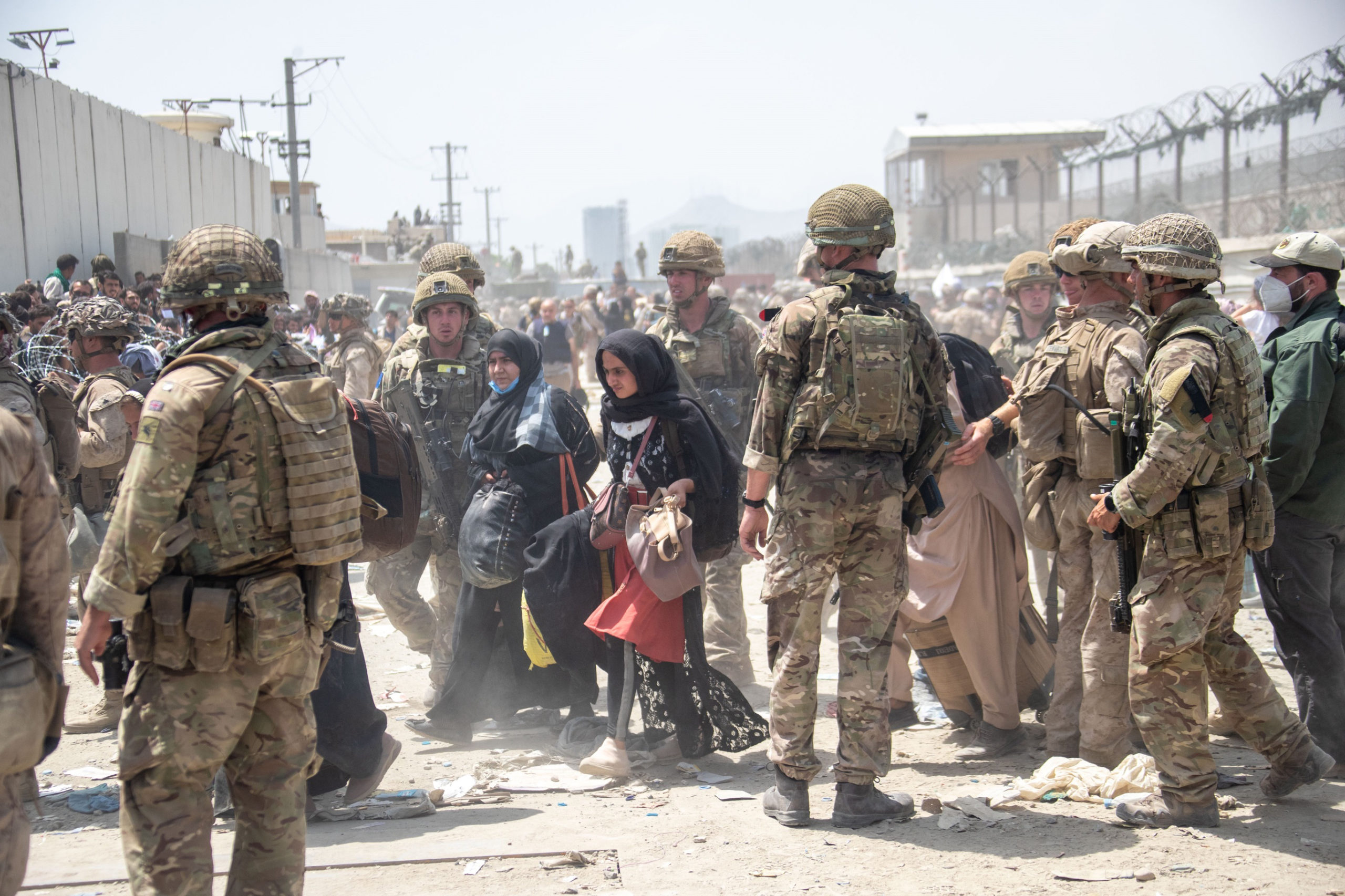 In this handout image provided by the Ministry of Defence, the British armed forces work with the U.S. military to evacuate eligible civilians and their families out of the country on August 21, 2021 in Kabul, Afghanistan. (Photo by MoD Crown Copyright via Getty Images)

The Department of Veterans Affairs (VA) reportedly offered, during the evacuation, to provide mental health assistance to State Department staffers due to the level of stress they were undergoing on the job. The VA’s 24-7 support line, which focuses on PTSD and suicide prevention, was offered to be made available to the State Department.

“I have heard a number of State Dept staff are experiencing much distress over calls they are receiving for assistance from people feeling stranded in Afghanistan,” VA acting Undersecretary of Health Steven Lieberman wrote to a handful of top VA officials in an Aug. 26 email, Politico reported.

“I suspect they do not have an effective process in place to deal with this type of distress. We could have some of our Vet Center staff provide support virtually if the State Dept were interested,” Lieberman added. The State Department turned down the offer from the VA, which one State Department employee described as “really disturbing” and “a disgrace.”

Secretary of State Antony Blinken told Politico in a statement that the health, safety and well-being of department personnel and their families were top priorities. He said staffers were offered a variety of resources but acknowledged that they might have missed notices on mental health because of the volume of information being sent their way.

“During crises, like the Afghanistan withdrawal, we work to amplify the availability of these services and remind our employees that it is okay not to be okay and that asking for help is healthy,” said Ned Price, the State Department’s spokesperson, Politico reported.

“The mental health ramifications of the Afghanistan evacuation are not over — we expect employees to potentially have adverse mental health in the months and years to come,” Price added.