Afghan citizens are being deprived of civil services in the health and education sectors because officials can’t access the access, Taliban Foreign Minister Amir Khan Muttaqi said, according to the AP. The Taliban seized power of the country in mid-August as U.S. forces withdrew from Kabul.

“American sanctions have not only played havoc with trade and business, but also with humanitarian assistance,” Muttaqi said in an open letter to Congress, the AP reported. 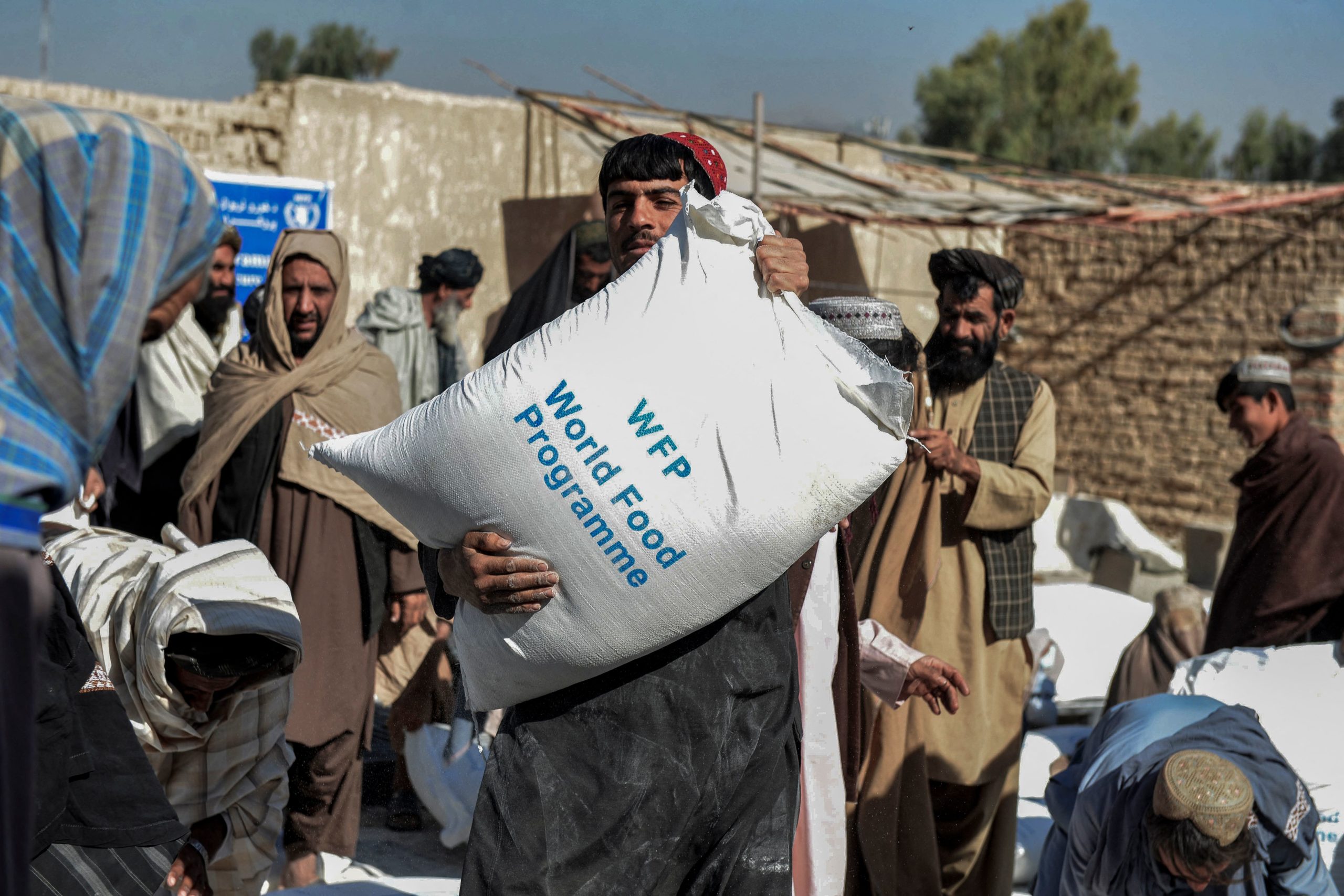 Afghan people carry sacks of food grains distributed as an aid by the World Food Programme (WFP) in Kandahar on October 19, 2021. (Photo by JAVED TANVEER/AFP via Getty Images)

The World Food Program found that millions of Afghans are living in poverty and around 8.7 million of the 40 million living in Afghanistan will likely face “famine-like conditions,” according to the AP. On top of that, another 14.1 million people are dealing with food insecurity and some 600,000 displaced people in the country are only adding to widespread poverty.

The ruling Taliban leadership is also dealing with several militant attacks targeting civilian institutions, including places of worship, schools and medical centers, the AP reported. The attacks have killed several people and mostly targeted religious minorities across the country. (RELATED: Taliban Calls On US To Recognize Their Government, Says Failure To Do So Could Have Consequences)

ISIS has claimed responsibility for some of the attacks while other incidents are under open investigations, according to the AP.