Chinese citizens are expressing outrage over the killing of a corgi by health workers that was caught on video, NBC News reported.

The home security footage posted to Weibo showed two figures in hazmat suits hitting a dog over the head with a rod before the corgi ran into another room, NBC reported. The health workers later come out of that room carrying an object in a yellow plastic bag.

The video, titled “Don’t treat other people’s pets like animals,” sparked a hashtag that has been viewed 230 million times and included in 71,000 posts on Weibo by Tuesday, NBC reported. The owner has not confirmed if they were the originator of the video. (RELATED: ‘Please Sir, May I Have Another Meeting?’: Biden Needs To Stop Pursuing China After Summit Produces Little Results, Experts Say)

The pair of health workers had been sent to the residential building to disinfect it as part of the anti-pandemic efforts implemented by Shangrao, a city in southeast China, according to district officials, NBC reported. The country has a zero-tolerance COVID-19 policy to stop the spread of infection, locking down cities and mandating quarantines and contact tracing.

There remains no scientific evidence that animals can infect humans with the virus, according to the American Veterinary Medical Association. 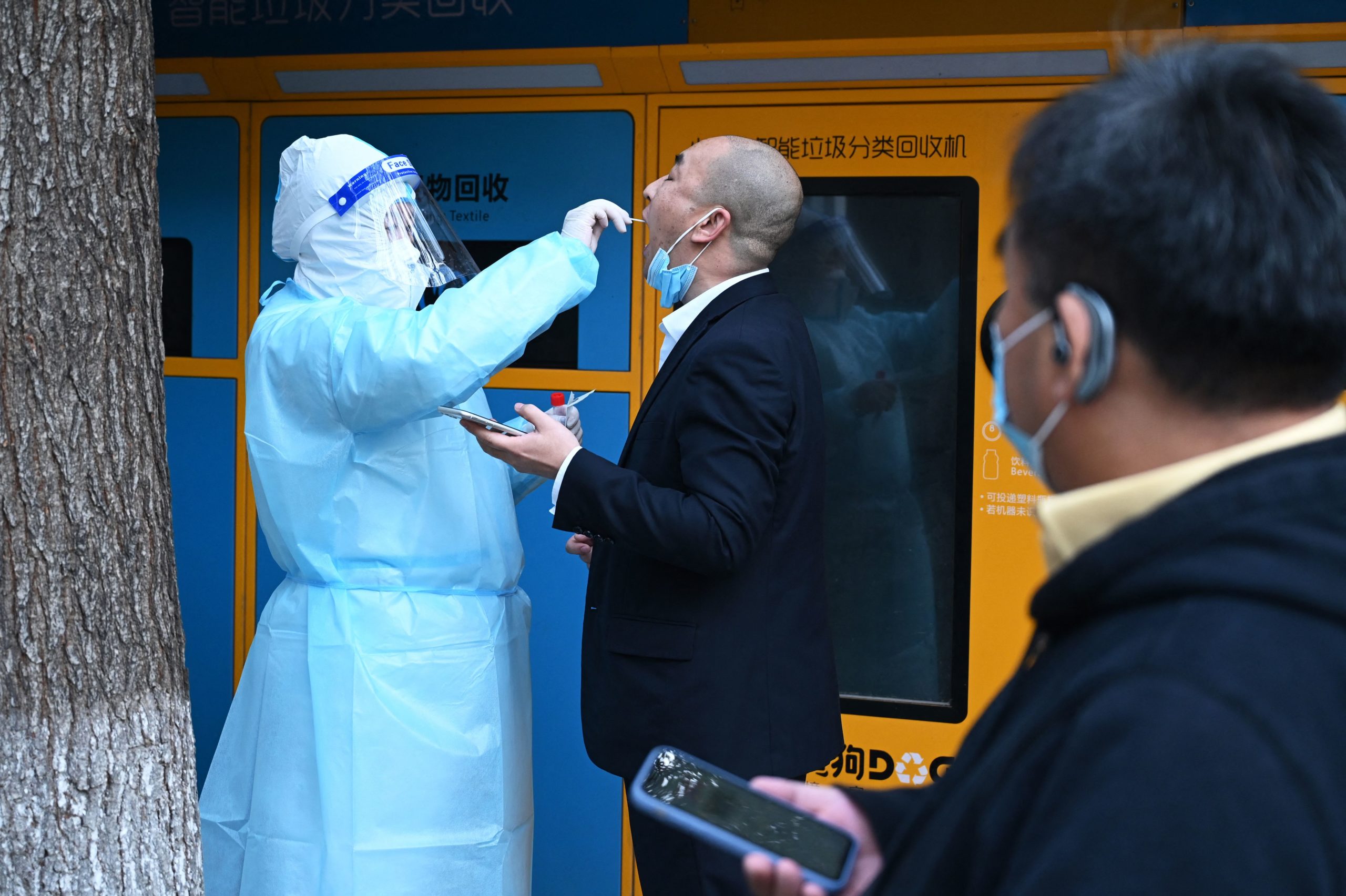 A medical worker takes a swab sample to be tested for the Covid-19 coronavirus in Beijing on November 4, 2021. (Photo by GREG BAKER/AFP via Getty Images)

District officials responded to the public’s anger by saying anti-epidemic measures had been carried out “without adequate communication,” with the owner but that the corgi had been “disposed of harmlessly,” NBC reported. Their statement added that the killers had been disciplined and forced to apologize to the owner.

“The point is that the dog was not even confirmed with the coronavirus. They just directly beat it to death — how can they be this cruel?” one social media user wrote, NBC reported. “If the Jiangxi government’s actions are so perfunctory and covered-up, anyone who cares about their pets are in danger. Who would dare cooperate with the epidemic prevention measures?” another asked.