The majority of Americans say they have personally experienced the effects of global warming and a large percentage believe climate change is mainly human-caused, a recent survey showed.

Fifty-two percent of Americans said they’ve personally felt the impact of global warming, and 55% of Americans broadly think people in the U.S. are being harmed by it, according to the poll conducted by the Yale Program on Climate Change Communication. The survey also showed 68% believe climate change will affect people in the U.S. and 74% said it would harm future generations.

“Our latest national survey finds that overall public understanding that climate change is happening, affecting the weather, and harming Americans is at all-time record highs,” the report’s authors wrote.

The figure showing how many people believe they have been affected marked the first time an affirmative response to that question surpassed 50% in the survey’s history, the report showed. Roughly between 23-36% of Americans said they had felt the effects of climate change in previous iterations of the poll conducted from 2009 until 2017 while more recent surveys showed the figure climbing above 40%.

The latest Yale survey results also represented the first time there were more Americans who reported that they felt the impacts of climate change than those saying they didn’t feel the impact. (RELATED: ‘We’re Off Track’: Here’s How Republicans Plan To Move The Needle On Climate Change) 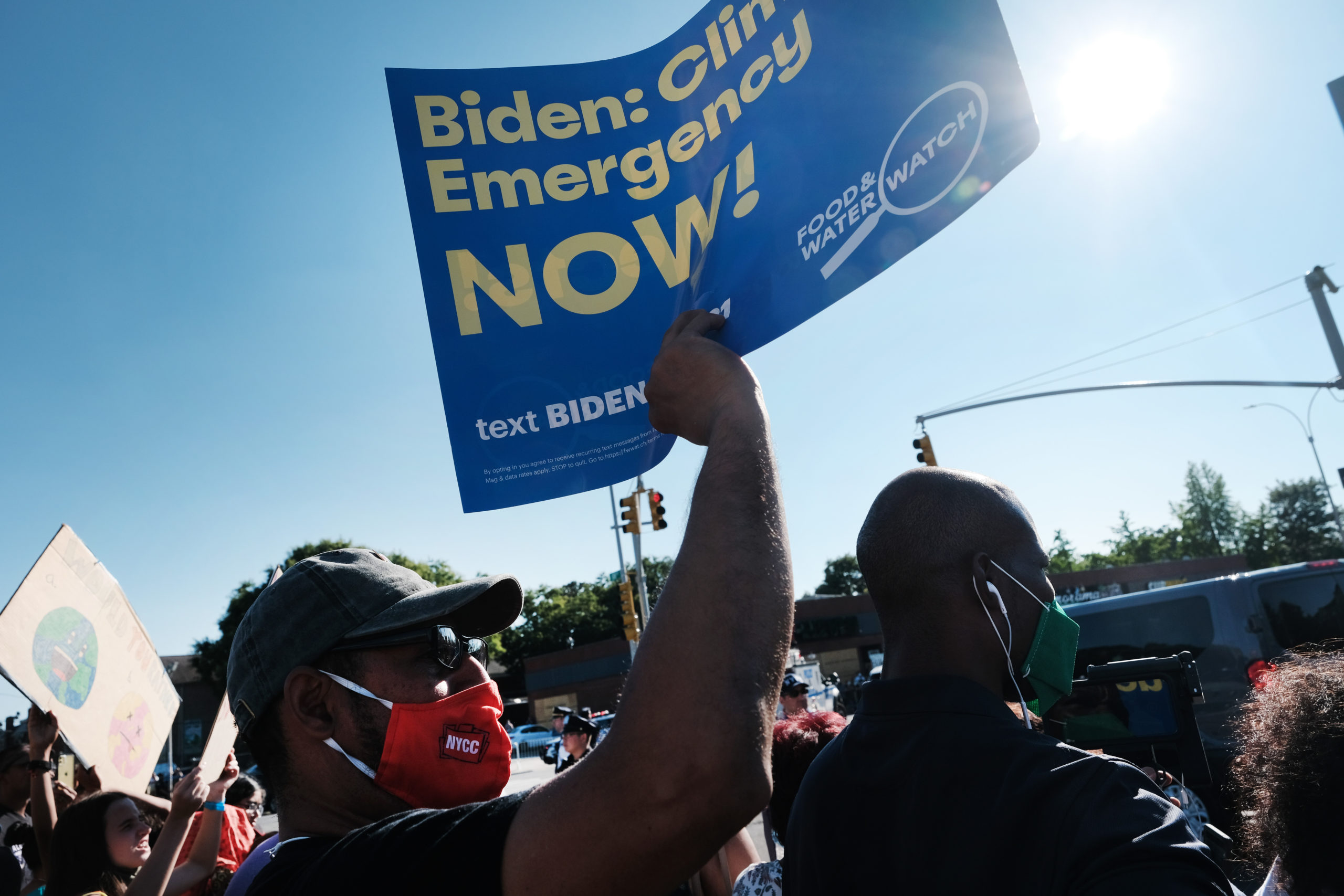 Residents prepare for a visit by President Joe Biden to a neighborhood in Queens that saw heavy damage and loss of life from Hurricane Ida on Sept. 7. (Spencer Platt/Getty Images)

Further, the poll showed that the gap between those who believe climate change is caused by humans and those that disagree continues to widen. Sixty percent of Americans said global warming is human-caused while 27% said it is mostly caused by natural changes in the environment.

Just 7% of Americans are extremely or very sure global warming isn’t happening.

Meanwhile, Republican lawmakers, who have long been labeled by liberals as “climate deniers,” have increasingly shown signs that they are willing to introduce policies fighting climate change. A group of top Senate Republicans unveiled a comprehensive strategy earlier this month that they said would reduce emissions 40% by 2050.

“If we sit on the sidelines and are not willing to talk about it because we don’t like the Green New Deal, we won’t be successful,” Republican Utah Rep. John Curtis told the Daily Caller News Foundation in an interview last month. “We’ve got to get Republican members of Congress comfortable talking about it, educated in the real facts and in the real science.”

Curtis started the House Conservative Climate Caucus over the summer. Among the caucus’ key tenets is that humans have contributed to climate change.

The nationally representative survey, which had more than 1,000 participants, was conducted between Sept. 10-20. Its margin of error was plus or minus 3%.