Psaki announced early Friday that Biden would be going to Walter Reed for his “routine annual physical.” The White House will provide a “written summary” of his visit Friday afternoon. The transfer of power is “set out in the Constitution,” and it previously occurred in 2002 and 2007 when former President George W. Bush underwent the same procedure, Psaki noted.

“As was the case when President George W. Bush had the same procedure in 2002 and 2007, and following the process set out in the Constitution, President Biden will transfer power to the Vice President for the brief period of time when he is under anesthesia. The Vice President will work from her office in the West Wing during this time,” according to Psaki. 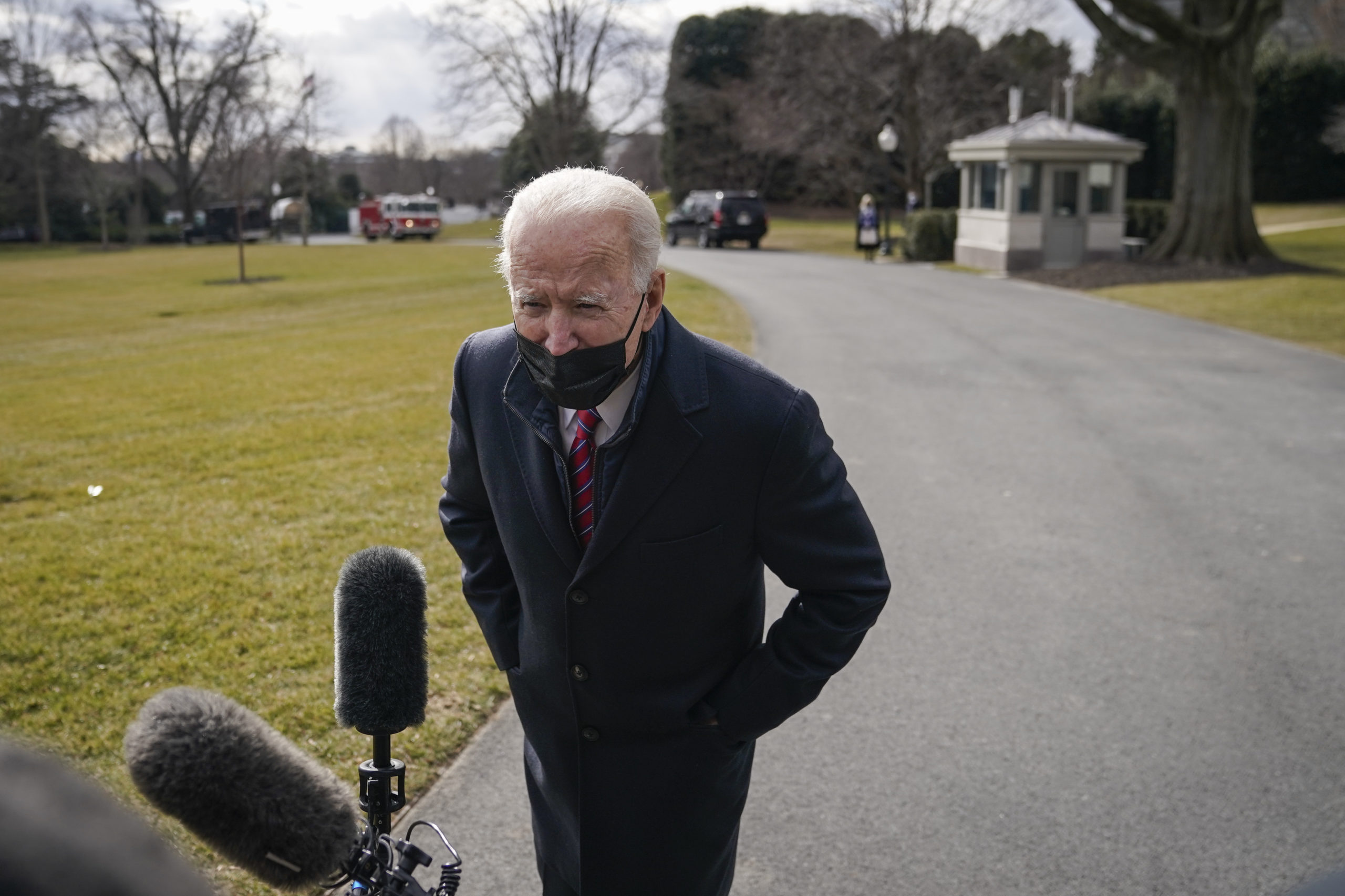 WASHINGTON, DC – JANUARY 29: U.S. President Joe Biden stops to briefly speak with reporters on his way to Marine One on the South Lawn of the White House on January 29, 2021 in Washington, DC. President Biden is traveling to Walter Reed National Military Medical Center to visit with wounded service members. (Photo by Drew Angerer/Getty Images)

The press has repeatedly asked about Biden’s physical, and the press secretary promised information on it would come before the end of the year. Following his physical, Biden will pardon the National Thanksgiving Turkey in a Rose Garden ceremony. This will be the 74th anniversary of the event, according to the White House.

Biden’s physical comes amid lackluster approval ratings. One Tipp Insights poll, released November 1, found that 50.2% of respondents disagreed with the statement that the president “is mentally sharp.” A Morning Consult/Politico poll released Wednesday also found that 50% of respondents believe Biden is not “stable” and not “in good health.” (RELATED: Independents, Swing Voters Sour On Build Back Better, Poll Shows)