Police will charge a 39-year-old Wisconsin man with five counts of intentional homicide for allegedly driving an SUV into a Christmas parade on Sunday, killing at least five adults.

At a press conference Monday, Dan Thompson, chief of the Waukesha Police Department, told reporters that Darrell E. Brooks, who was captured shortly after the attack, would face homicide charges. At least five adults between the ages of 52 and 81 died, while more than 40  more were injured, including over a dozen children, The New York Times reported.

Brooks was release from custody after posting a $1,000 cash bail after being accused of running over the mother of his child in a gas station parking lot in early November, the NYT reported. Police said that Brooks driving through a crowd of people was unrelated to terrorism and that they were not pursuing Brooks at the time.

“We have no information that Brooks knew anyone in the parade,” Thompson told reporters. (RELATED: ‘The Revolution Has Started’: BLM Activist Claims, Without Evidence, Wisconsin Attack Might Be Retribution For Rittenhouse Verdict) 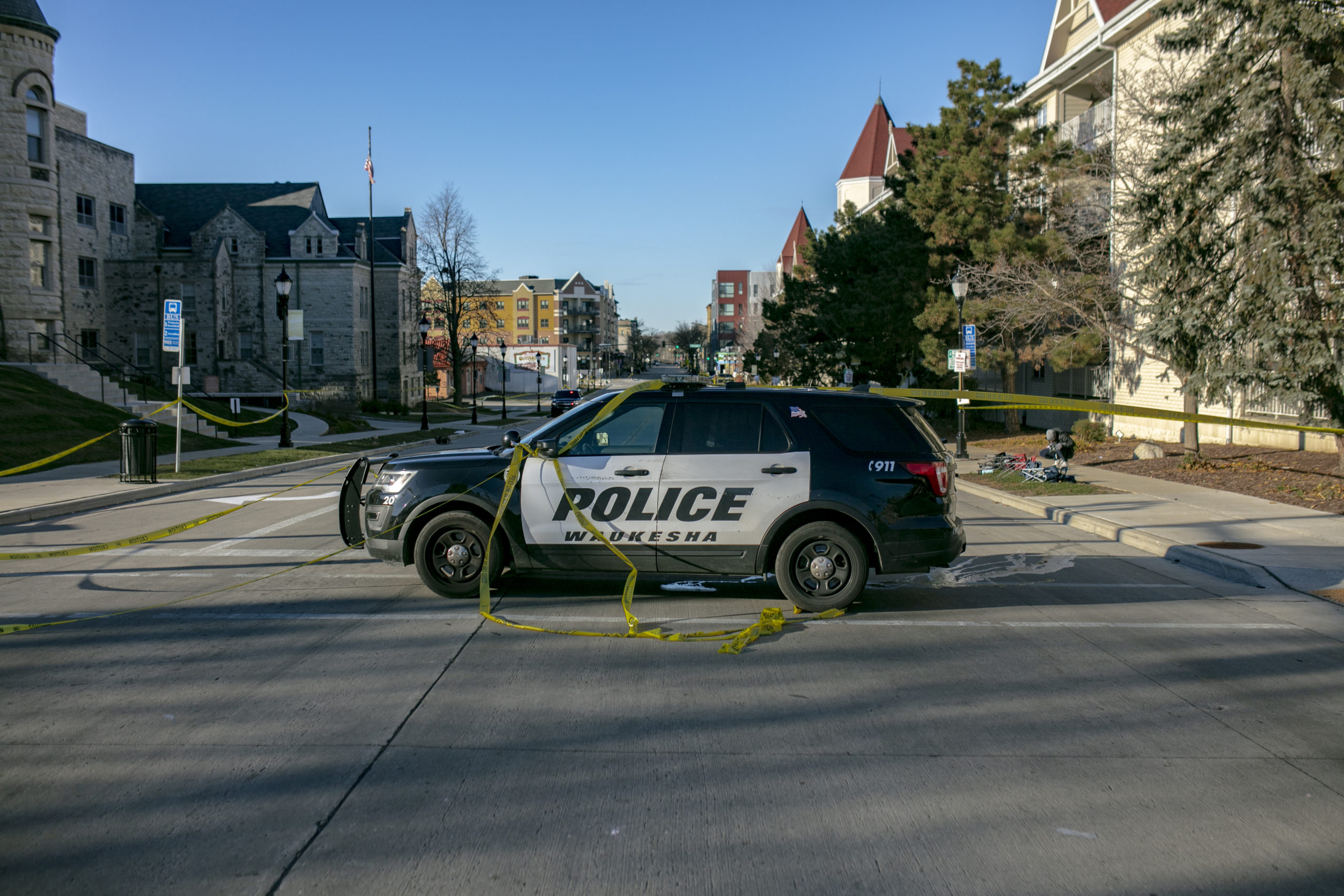 Brooks was captured shortly after leaving the scene, according to the chief, who noted that he was one of the first responding officers. He said an officer fired shots at Brooks’ vehicle but stopped “due to the amount of people” at the parade and no one was injured from the officer’s gunshots.

The Milwaukee County District attorney’s office announced that it would launch an “internal review of the decision” regarding Brooks’ bond, according to a letter obtained by a local reporter.

“The State’s bail recommendation in this case was inappropriately low in light of the nature of the recent charges and the pending charges against Mr. Brooks,” the letter continued. “The bail recommendation in this case is not consistent with the approach of the Milwaukee County District Attorney’s Office toward matters involving violent crime, nor was it consistent with the risk assessment of the defendant prior to setting of bail.”

White House press secretary Jen Psaki said on Twitter that the White House was in “close touch with local officials” to provide any assistance they needed. “Our hearts are with the families and the entire community,” she added.