As Ethiopia heads towards a potential collapse, the Biden administration worries the situation will turn into another Afghanistan, Axios reported.

The government of Ethiopia has called on its citizens to arm themselves as rebels make their way towards the capital, Addis Ababa, Axios reported. The rebels are reportedly from the Tigray region, where concerns have risen about ethnic cleansing and the use of starvation by the government as a tactic of war.

State Department officials have issued multiple advisories and held numerous briefings in an attempt to avoid a fallout similar to the evacuation from Afghanistan, Axios reported. Non-emergency staff was ordered to leave the country in early November, a move which the administration hopes will prevent the need for an airlift like the one required in Kabul.

“There are no plans to fly the U.S. military into Ethiopia to facilitate evacuations or replicate the contingency effort we recently undertook in Afghanistan, which was a unique situation for many reasons,” a senior State Department official told reporters in a briefing Monday. 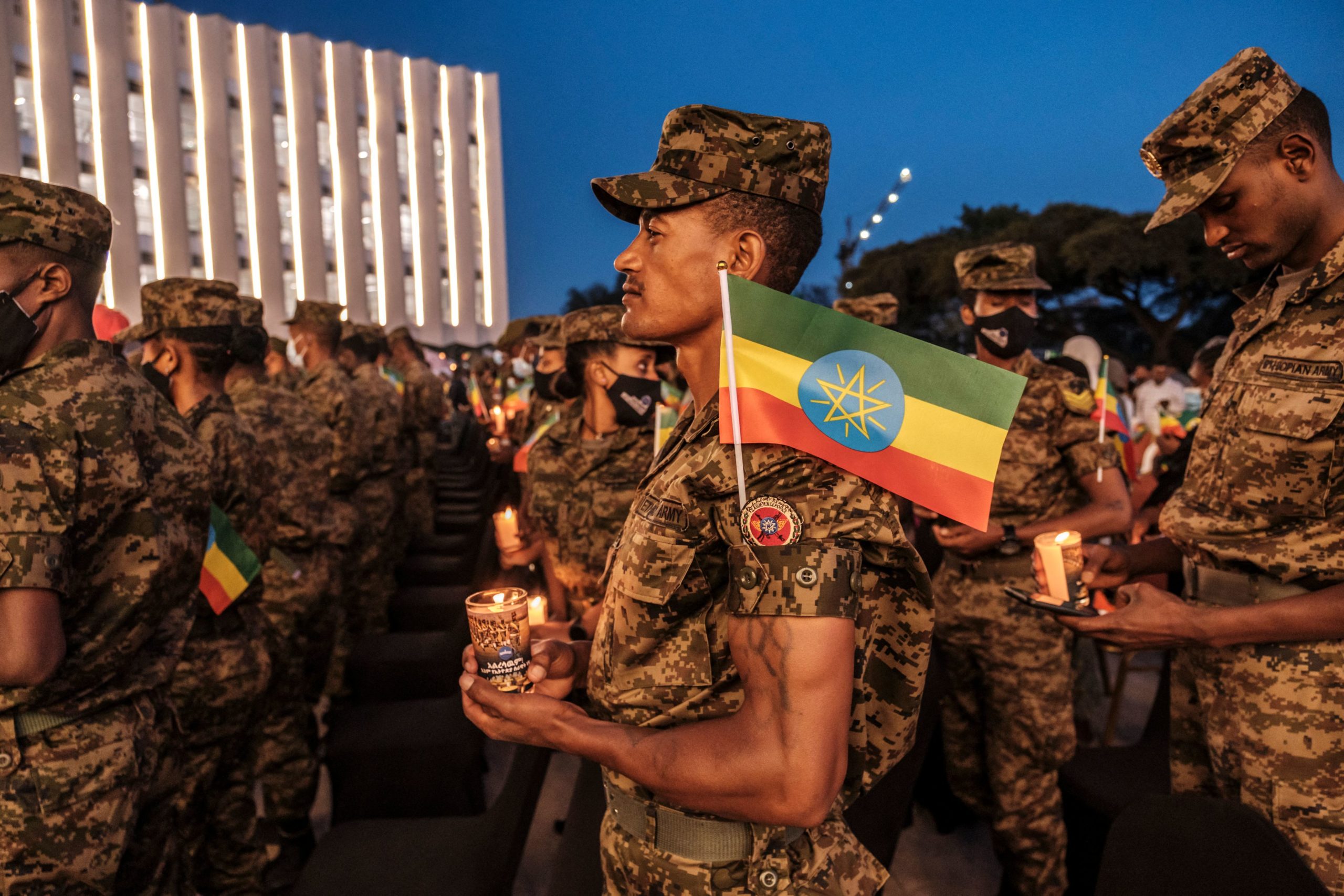 A member of the Ethiopian Federal Forces holds a candle during a memorial service for the victims of the Tigray conflict organized by the city administration, in Addis Ababa, Ethiopia, on November 3, 2021. (Photo by EDUARDO SOTERAS/AFP via Getty Images)

“There should be no expectation, particularly after we have issued so many warnings that advise departing immediately, that the U.S. will be able to facilitate evacuations via military or commercial aircraft in a non-permissive environment, including Ethiopia,” the official added.

The chaos that unfolded as Afghanistan fell to the Taliban and the struggle the U.S. faced when attempting to withdraw Americans and allies from the country reportedly caused a wave of mental health issues in the State Department, Politico reported.

The Department of Veterans Affairs reportedly offered its 24-7 support line to help officials work through the strain of the situation, but the State Department turned down the offer, Politico reported. One State Department employee described this decision as “really disturbing” and “a disgrace.” (RELATED: Despite Afghanistan, The US Will Come To Taiwan’s Defense If China Invaded, Experts Say)

“The mental health ramifications of the Afghanistan evacuation are not over — we expect employees to potentially have adverse mental health in the months and years to come,” State Department spokesperson Ned Price said while commenting on the reporting, Politico reported.