Manchin, the chairman of the Senate Energy and Natural Resources Committee, made the comments following Biden’s decision to tap into the U.S. emergency oil stockpile. The federal government will release approximately 50 million barrels of oil from its Strategic Petroleum Reserve, the White House said Tuesday.

“I continue to call on President Biden to responsibly increase energy production here at home and to reverse course to allow the Keystone XL pipeline to be built which would have provided our country with up to 900,000 barrels of oil per day from Canada, one of our closest allies,” Manchin said in a statement.

“To be clear, this is about American energy independence and the fact that hard working Americans should not depend on foreign actors, like OPEC+, for our energy security and instead focus on the real challenges facing our country’s future,” he continued. (RELATED: ‘Will Not Fix The Problem’: Biden Releasing Oil Reserves Due To Politics, Critics Say) 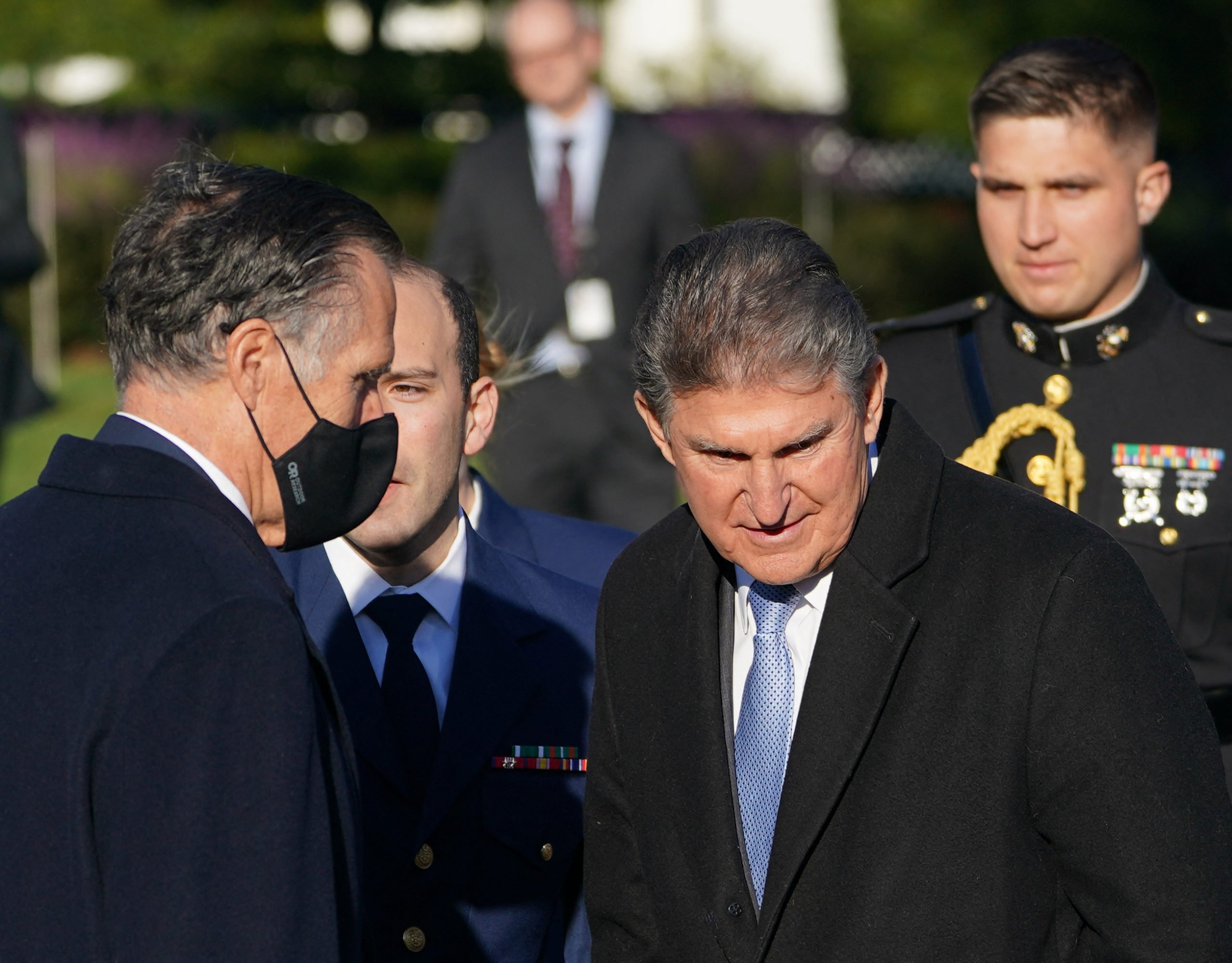 Sen. Joe Manchin stands next to Sen. Mitt Romney as they arrive before President Joe Biden takes part in a signing ceremony for the bipartisan infrastructure bill on Nov. 15. (Mandel Ngan/AFP via Getty Images)

Shortly after Biden revoked Keystone XL’s federal permit, Manchin urged the president to reconsider. Pipelines are the nation’s “safest mode to transport our oil,” the West Virginia Democrat stated at the time.

But the president has continued to pursue an aggressive, anti-fossil fuel agenda that includes nixing pipelines importing crude oil, ditching oil drilling projects and banning new oil and gas leases on federal lands. Biden has vowed to set the U.S. on course to having a carbon-free electric grid by 2035 and net zero emissions by 2050.

“This is the decade that will determine the answer. This decade,” Biden said during an international climate summit on Nov. 1. “The science is clear: We only have a brief window left before us to raise our ambitions and to raise — to meet the task that’s rapidly narrowing.”

Manchin, however, has stood in the way of Biden’s climate agenda, causing Democrats to strike the $150 billion Clean Electricity Performance Program from the Build Back Better Act. It remains unclear whether he will vote in favor of the current form of the spending package which includes a tax on methane emissions.