The federal government is at a 96.5% compliance rate with President Joe Biden’s vaccine mandate as of Nov. 23, according to the Office of Management and Budget (OMB) and the White House.

Biden announced the stricter vaccine rules at the beginning of September, limiting previous loopholes for workers not wishing to get the shot. Prior to the Nov. 22 deadline for Biden’s vaccine mandate, some began voicing concerns about what would happen if a slew of workers declined to get vaccinated. (RELATED: ‘Dangerous Precedent’: Chad Wolf Warns Of Dire Result For Border Crisis If Vaccine Mandates Stand)

The White House spent weeks dismissing these concerns, with one administration official previously telling the Daily Caller that the Nov. 22 deadline “is not a cliff.”

“Every day we’re seeing compliance with the federal worker vaccination requirement increase,” the official said earlier in November following a report from Real Clear Politics about vaccine holdouts at the Naval Air Weapons Station China Lake in California. “As we’ve said before, the November 22 date is not a cliff, and agencies will work with employees toward compliance. There will not be disruptions in government operations.”

Employees who have received at least one dose of the COVID-19 vaccination or have either a pending or approved exception request are considered to be in compliance with Biden’s vaccine mandate, according to the OMB.

The OMB reiterated the White House’s previous comments on the deadline, saying it isn’t “an end point.” 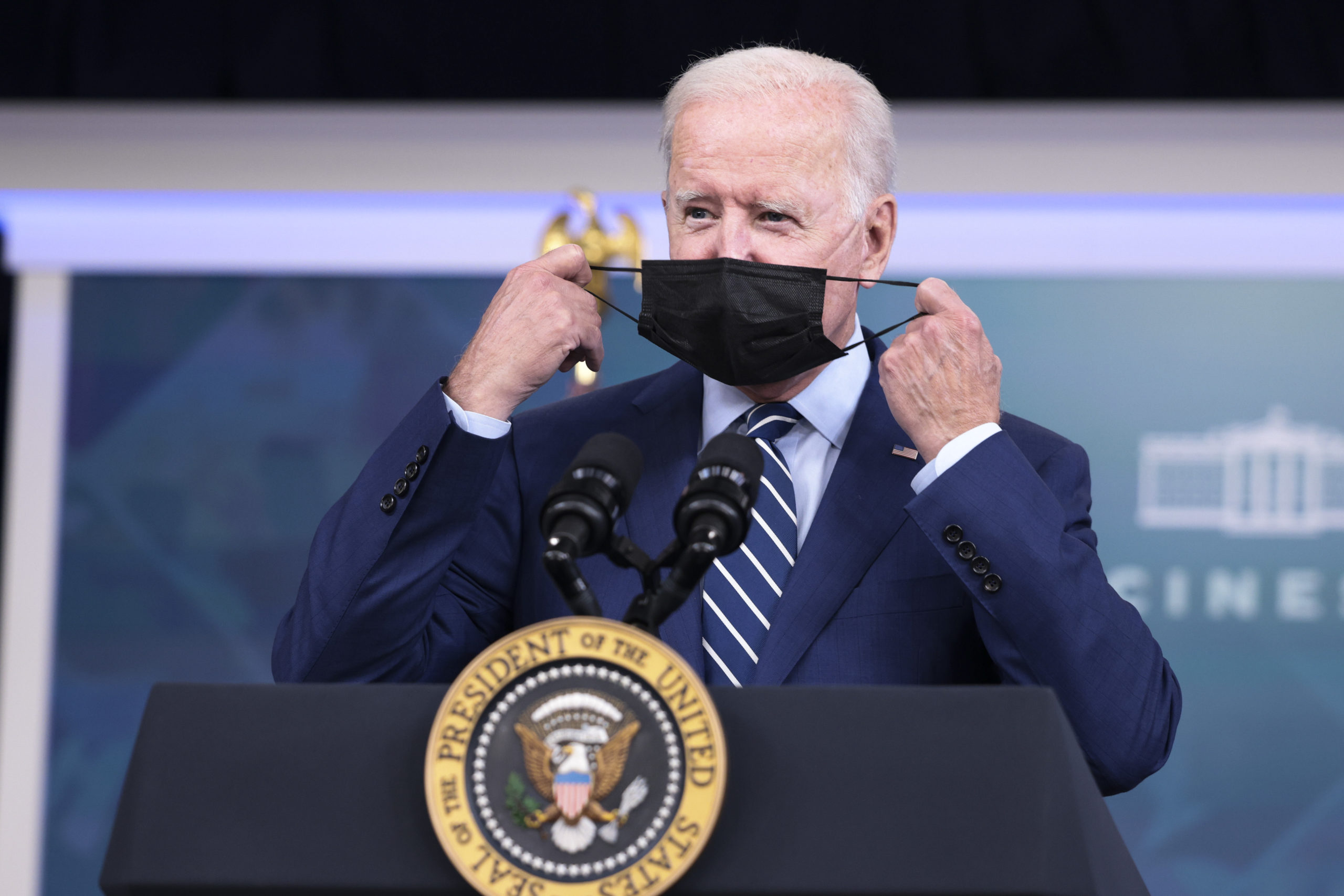 WASHINGTON, DC – SEPTEMBER 27: U.S. President Joe Biden removes his face mask before giving remarks ahead of receiving a third dose of the Pfizer/BioNTech Covid-19 vaccine in the South Court Auditorium in the White House September 27, 2021 in Washington, DC. Last week President Biden announced that Americans 65 and older and frontline workers who received the Pfizer-BioNTech COVID-19 vaccine over six months ago would be eligible for booster shots. (Photo by Anna Moneymaker/Getty Images)

“For those employees who are not yet in compliance, agencies are beginning a period of education and counseling, followed by additional enforcement steps, consistent with guidance from the Safer Federal Workforce Task Force and the Office of Personnel Management,” the OMB noted.

“At any point, if an employee gets their first shot or submits an exception request, agencies will pause further enforcement to give the employee a reasonable amount of time to become fully vaccinated or to process the exception request,” the statement continued.

The OMB did not detail how many individuals have been approved for an exception request and how many applications are still pending. The administration touted the data as proof that there will be “no disruptions” and that vaccine mandates work.

“As the successful implementation of this requirement across the Federal Government has shown, these requirements work: they increase vaccination rates—leading to a safer, more productive, and efficient workforce. They’re good for workers, good for businesses, and good for the country,” the OMB said. “That’s why the President has called for businesses to follow the Federal Government’s lead and put these requirements into place right now.”