A man who was convicted of killing British student Meredith Kercher in Italy was released from prison Tuesday night, CNN reported.

Rudy Guede, 34, was the only person who was jailed over the infamous murder case that involved Kercher’s roommate, Amanda Knox, CNN reported. Knox and her then-boyfriend, Raffaele Sollecito, were arrested in November 2007 after Kercher’s body was found in her apartment in Perugia, Italy.

All three were charged and convicted the following summer but Knox and Sollecito’s convictions were overturned and released in 2015, according to CNN. Guede’s 30-year jail term was reduced to 16 years after spending the past year doing community service for charity organization Caritas and working as a librarian. (RELATED: Amanda Knox Details Her Terrifying Experience In Italy In Incredible Interview With Joe Rogan) 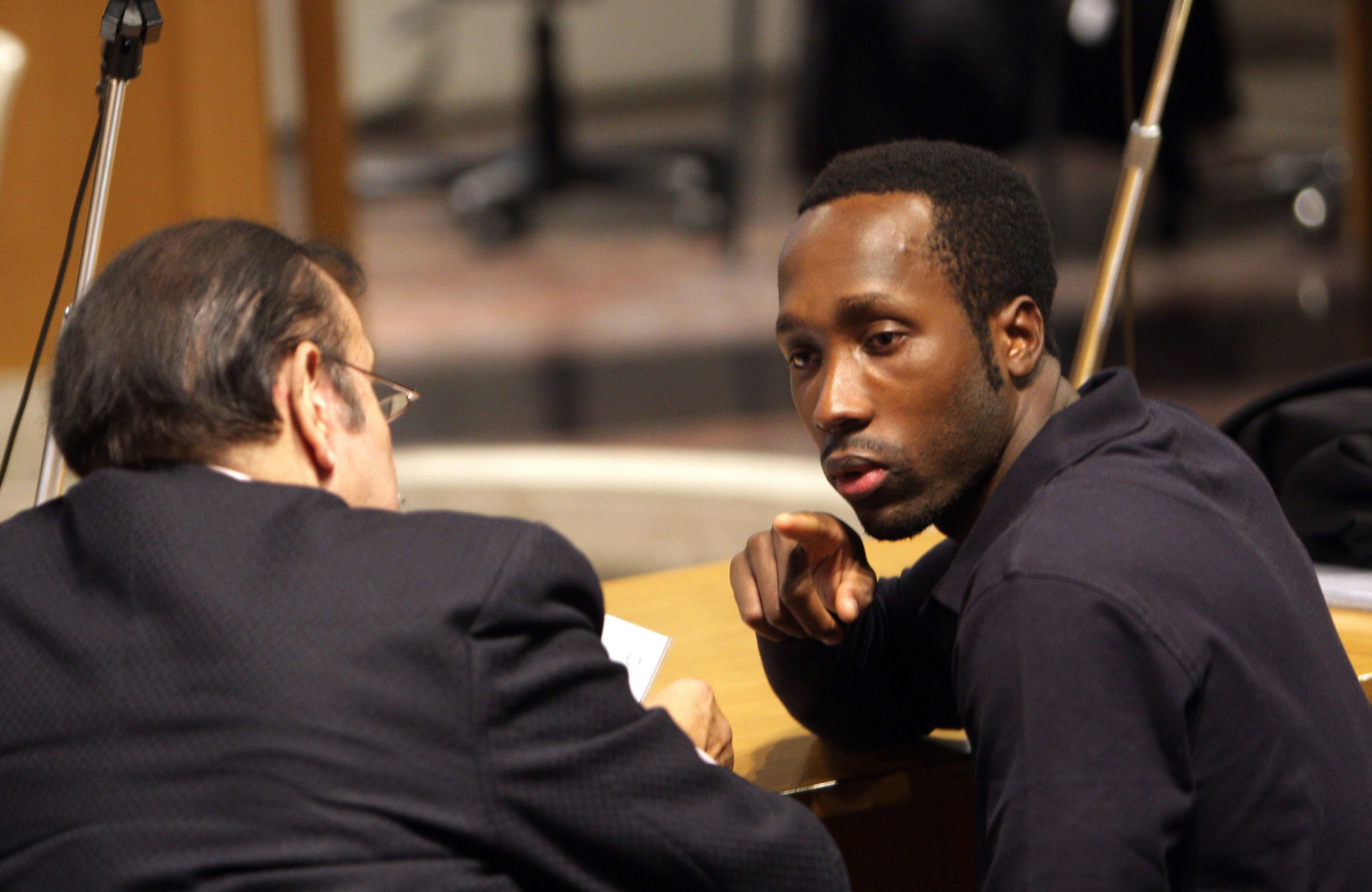 PERUGIA, ITALY – NOVEMBER 18: Rudy Guede (R), who was born in the Ivory Coast, chats with his lawyer’s assistant in the Perugia courthouse during the sitting of his appeal against the sentence he received in the Meredith Kercher murder trial, on November 18, 2009 in Perugia, Italy. (Photo by Franco Origlia/Getty Images)

“My initial thoughts are with Meredith Kercher’s family who’ve been confronted by this painful affair,” Guede’s lawyer Fabrizio Ballarini told Italian media, according to BBC. “From a moral standpoint, of concrete and effective justice, clearly the term he served was very low with respect to the tragic nature of the event.”

Kercher, who was from south London, attended Leeds University, studying film history as well as political theories, and was on an exchange in the Italian province for three months, BBC reported. Days after Kercher’s murder, Guede fled Italy and traveled to Germany.

After being extradited back to Italy, an Italian court found his fingerprints at the scene of Kercher’s murder and convicted him of murdering Kercher, according to BBC.

However, Guede continues to deny that he murdered the London native, BBC reported.