Vice President Kamala Harris praised the guilty verdict found by the jury in the trial of Ahmaud Arbery’s killers, but cautioned more change was needed in the justice system, according to a statement released Wednesday.

“Ahmaud Arbery should be alive, and nothing can take away the pain that his mother Wanda Cooper-Jones, his father Marcus Arbery, and the entire Arbery family and community feel today,” Harris said in the statement. “I share in that pain.”

“We still have work to do,” she added. Harris acknowledged the jury’s verdict sent an “important message” but lamented how the defense counsel, Kevin Gough, “chose to set a tone that cast the attendance of ministers at the trial as intimidation and dehumanized a young Black man with racist tropes.”

The three men involved in Arbery’s killing were found guilty on Wednesday. Gregory McMichael, his son Travis and their neighbor William Bryan face a potential life sentence in prison for the fatal shooting. 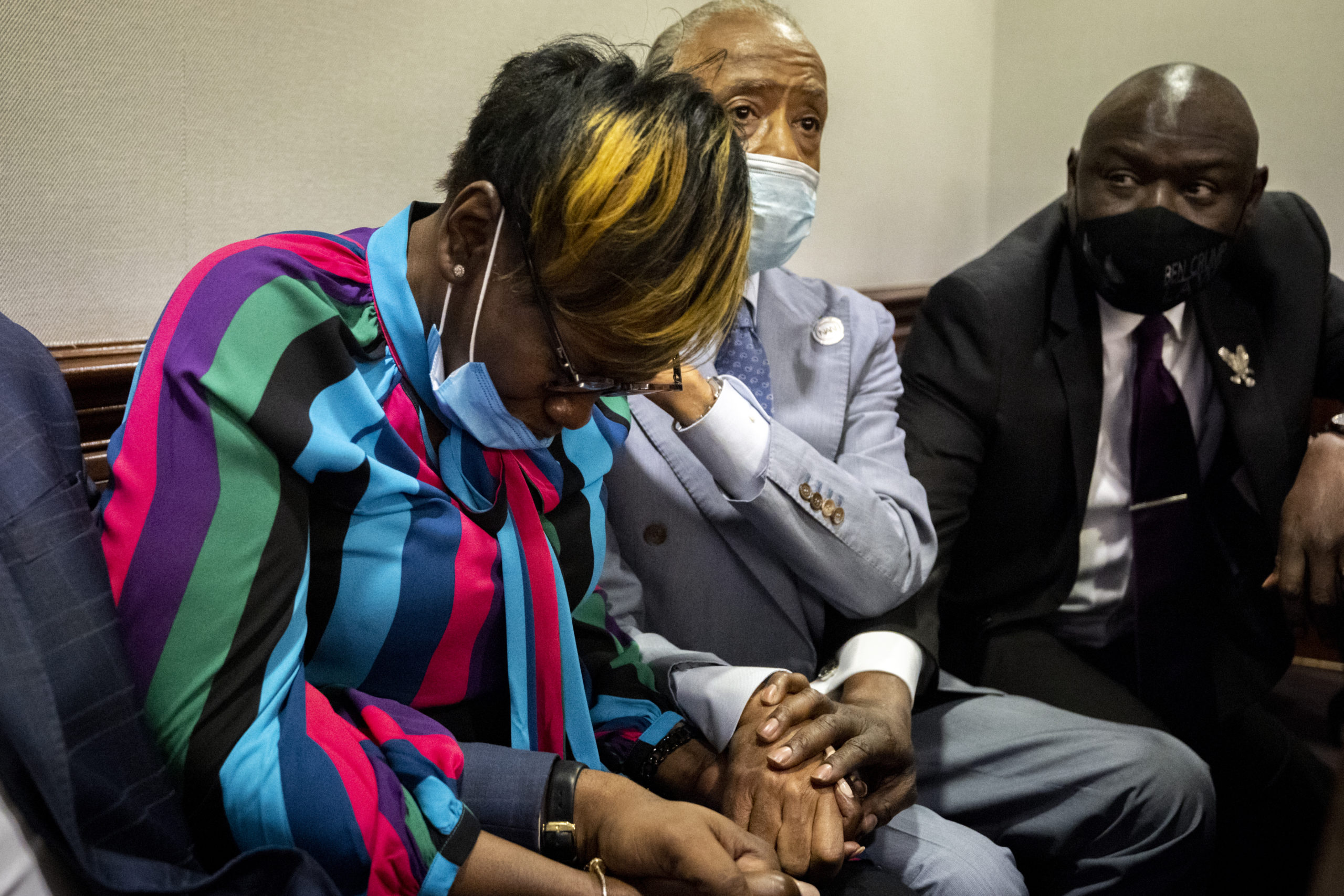 Ahmaud Arbery’s mother, Wanda Cooper-Jones, left, is comforted by Rev. Al Sharpton after the jury verdict was announced during the trial of Greg McMichel and his son, Travis McMichael, and a neighbor, William “Roddie” Bryan in the Glynn County Courthouse on November 24, 2021 in Brunswick, Georgia. (Photo by Stephen B. Morton-Pool/Getty Images)

Video showed the three men chasing Arbery in two pickup trucks in what the defendants alleged was an attempt at a citizen’s arrest. Travis McMichael testified Arbery never threatened, spoke to or brandished a weapon towards him before the altercation.

President Joe Biden also addressed the verdict Wednesday, arguing that while it shows the “justice system doing its job,” it is not enough. (RELATED: Sharpton Praises Nearly All-White Jury For Proving ‘Black Lives Do Matter’ In Arbery Case)

“We must recommit ourselves to building a future of unity and shared strength, where no one fears violence because of the color of their skin,” Biden said. “My administration will continue to do the hard work to ensure that equal justice under law is not just a phrase emblazoned in stone above the Supreme Court, but a reality for all Americans.”