California has gradually weaned itself off fossil fuel fracking well ahead of Democratic Gov. Gavin Newsom’s 2024 ban of the oil and gas extraction method.

The California Geologic Energy Management Division (CalGEM), the agency that oversees new permits, has denied 109 new permits from fossil fuel firms this year, according to Department of Conservation data. State regulators have approved just 12 permits in 2021, the most recent of which came in February.

“Unfortunately, the State of California continues to take arbitrary actions that deliver little positive benefits for our fight against climate change but imposes big impacts on Californians – to our finances, to our freedoms, essentially to how we live and work every day,” Western States Petroleum Association (WSPA) President and CEO Catherine Reheis-Boyd said in a statement last month.

“Real solutions do not come through arbitrary bans, mandates, and the whim of elected leaders,” she said. (RELATED: ‘Boston Green New Deal’: Boston To Divest From Fossil Fuels, 15% Of City’s Revenue)

On Oct. 8, the WSPA sued the Newsom administration over the mass denial of fracking permits. One month earlier, the Kern County Board of Supervisors also filed suit, challenging the state’s authority to ban access to oil and gas resources, according to The Bakersfield Californian. 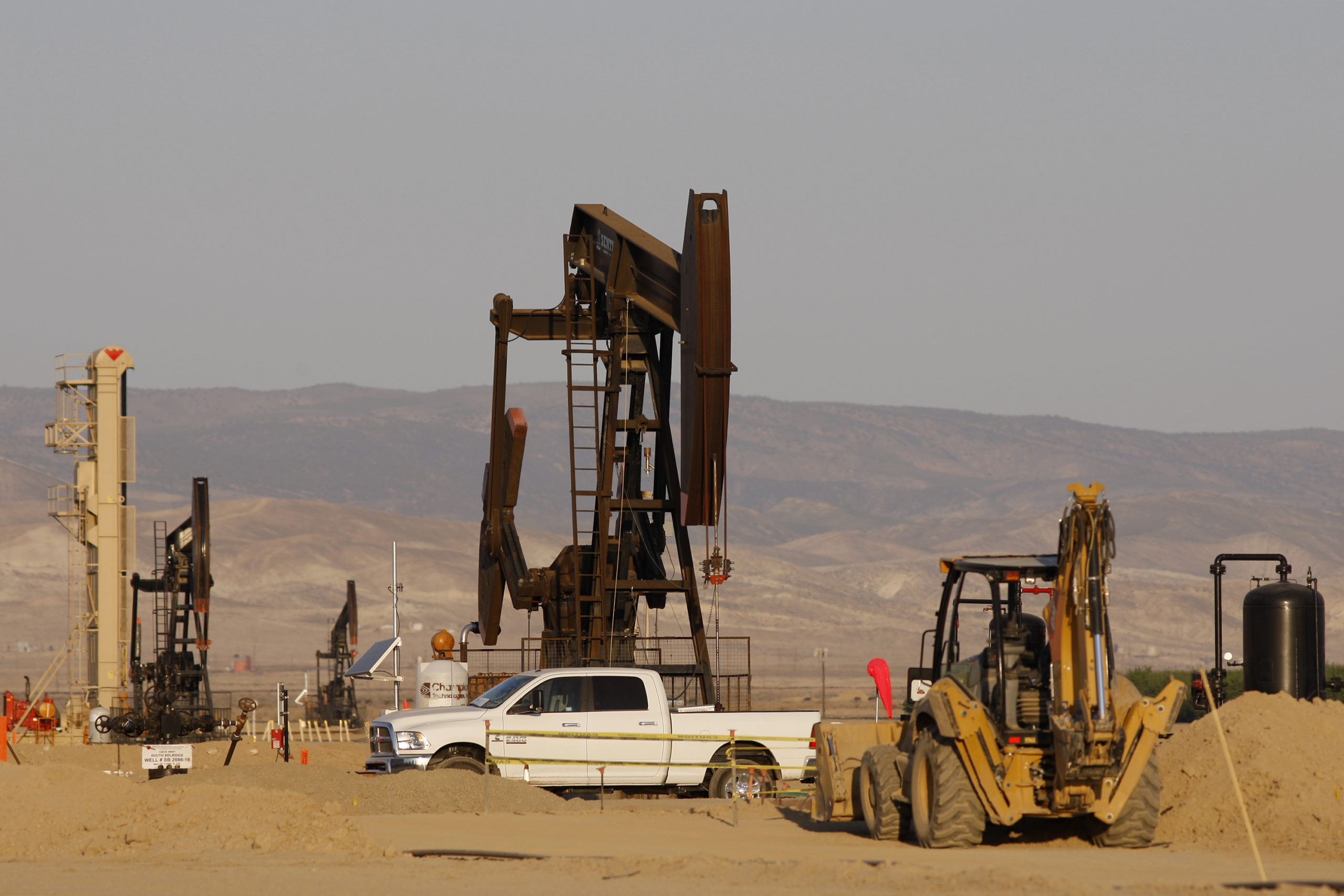 Fracking jacks stand in a field being developed for drilling on March 24, 2014 near Lost Hills, California. (David McNew/Getty Images)

“The decisions (Newsom) has made to unilaterally come after the oil and gas industry in violation of standing rules and standing law, that’s been established by the state Legislature, has been a gross overreach of his power,” Board Chairman Phillip Peters said after the suit was filed in September.

In April, Newsom ordered CalGEM to end new fracking permits by January 2024. He also asked the California Air Resources Board to conduct an analysis of how the state could completely wean off fossil fuel extraction by 2045.

The governor said the state “needs to move beyond oil.”

“In California, this is an industry that is used to getting its way,” Hollin Kretzmann, a senior attorney at environmental group the Center for Biological Diversity, told The San Francisco Chronicle on Tuesday. “It is a sign that the tide is starting to turn, and the state is starting to prioritize public health and the environment over the profits of the oil industry.”

While California’s crude oil consumption has stayed level over the last several decades, it has become more reliant on foreign producers, state data showed. More than half of the state’s oil over the last ten years was imported.

Meanwhile, gasoline prices, which are tied to the cost of oil, have surged nationwide to multi-year highs, according to the Energy Information Administration. California has experienced the largest increase with prices hitting $4.79 per gallon on average.