The Washington Post is under fire after releasing a tweet indicating that the SUV involved in the Waukesha Christmas parade massacre was at fault for Sunday’s rampage. 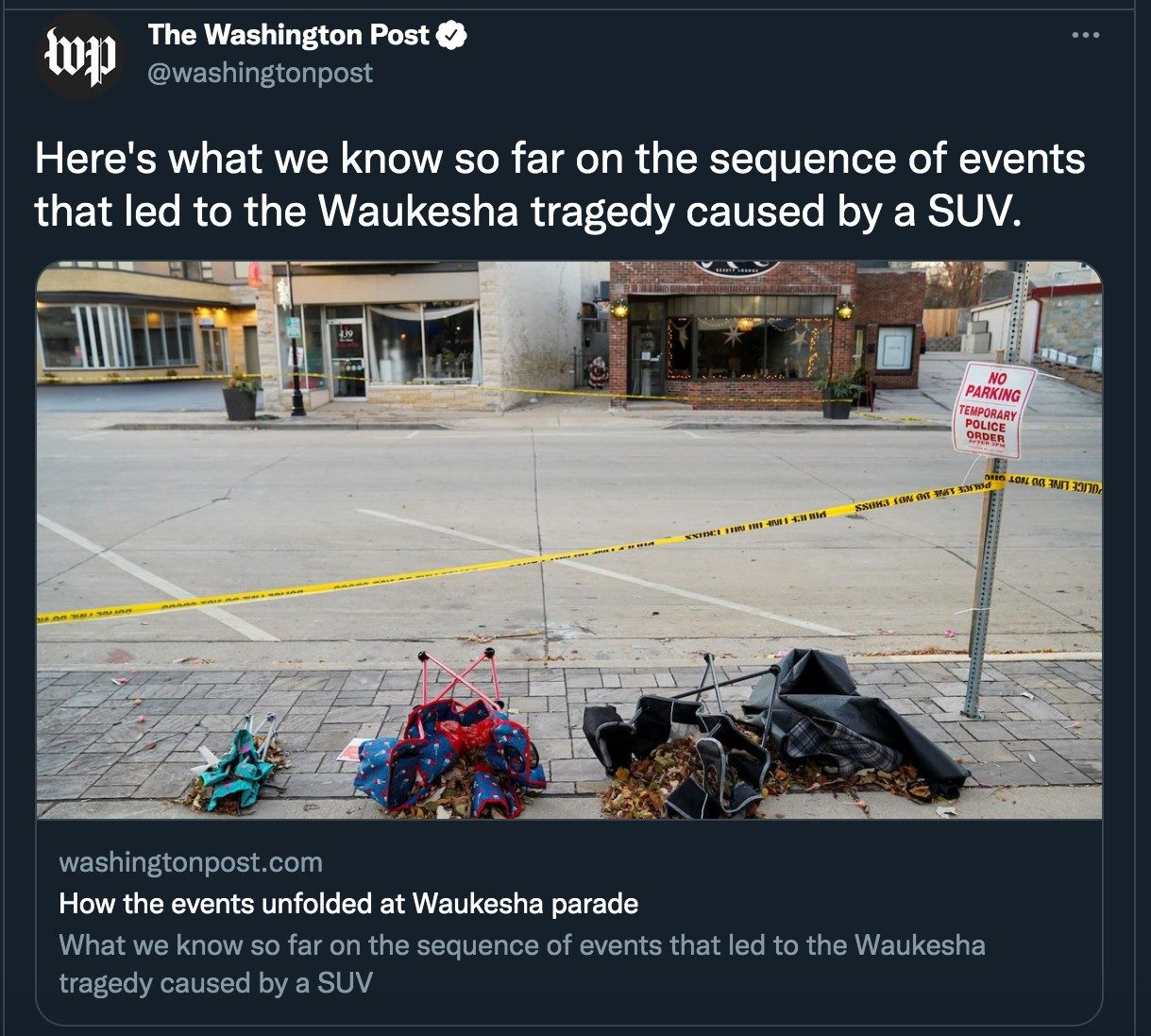 A now-deleted tweet from the Post suggested that the Brooks’ vehicle bared responsibility for the tragedy rather than Brooks himself. (RELATED: Judge Sets Wisconsin Suspect’s Bail At $5 Million)

What did they charge the SUV with? https://t.co/IDc2xPnzhZ

It wasn’t caused by an SUV; it was caused by the driver of an SUV. https://t.co/PQXmZ8uTRD

Hope the SUV has a good lawyer https://t.co/bceLcZOjT1

The social media post linked to an article titled, ‘How the events unfolded at Waukesha parade’, which consistently blamed the vehicle as the sole proprietor of Sunday’s events.

“A quarter-mile from the rotary building, at 4:39 p.m., an officer told a dispatcher a maroon Ford Escape ‘just blew by [him]’ at White Rock and Hartwell avenues, the intersection where barricades blocking traffic to the parade were removed just a minute before, according to police audio and time codes provided by Broadcastify,” according to the Post’s article published Tuesday. “A few moments later, the SUV rammed through the parade participants, killing five and injuring more than 40 people, including children.”

The career criminal was eventually mentioned in the 5th paragraph, the article continues to place accountability on Brooks’ SUV.

“The SUV then drove down Main Street, hitting more than 40 people and killing at least five of them. Down the road, instead of following the parade route and make a turn to get to Wisconsin Avenue, the SUV went straight through North West Avenue, passing over the barriers.”

On Nov. 11, a Milwaukee court allowed Brooks to post $1,000 bail after allegedly running over a woman with the same SUV used in the Waukesha attack, according to Fox News reporter Michael Ruiz.