Columbia University canceled 130 classes after unionized graduate student workers quit teaching on Nov. 3 in protest for higher wages, more benefits and a new arbitration process for discrimination and harassment claims, according to the union.

The Student Workers of Columbia, which represents 3,000 graduate and undergraduate student workers, voted to initiate a strike after Columbia University offered to mediate with the group, according to an email from Columbia leadership obtained by the Daily Caller. Teaching assistants, research assistants, and graduate students who teach their own classes stopped working and began picketing following the union’s vote.

The union went on strike in the spring of 2021 as well.

According to an email sent from Provost Mary Boyce and reviewed by the Daily Caller, the university offered mediation one week before the strike began.

“The University offered mediation over two weeks ago — more than a week before the strike started — and subsequently repeated the offer, which has not yet been endorsed by the Union,” Boyce said. “We believe mediation can be especially helpful in scenarios such as this one, involving a first contract; however, the Union has so far not engaged in concrete discussions of mediation.”

Demands from the union include higher wages for doctoral students, dental and vision coverage, and third-party arbitration for discrimination and harassment cases, among others. Payment for graduate students varies by department, according to the New York Times. A social work student may get paid $29,000 for a one-year contract, while an engineering student may get $41,500 for a one-year contract. 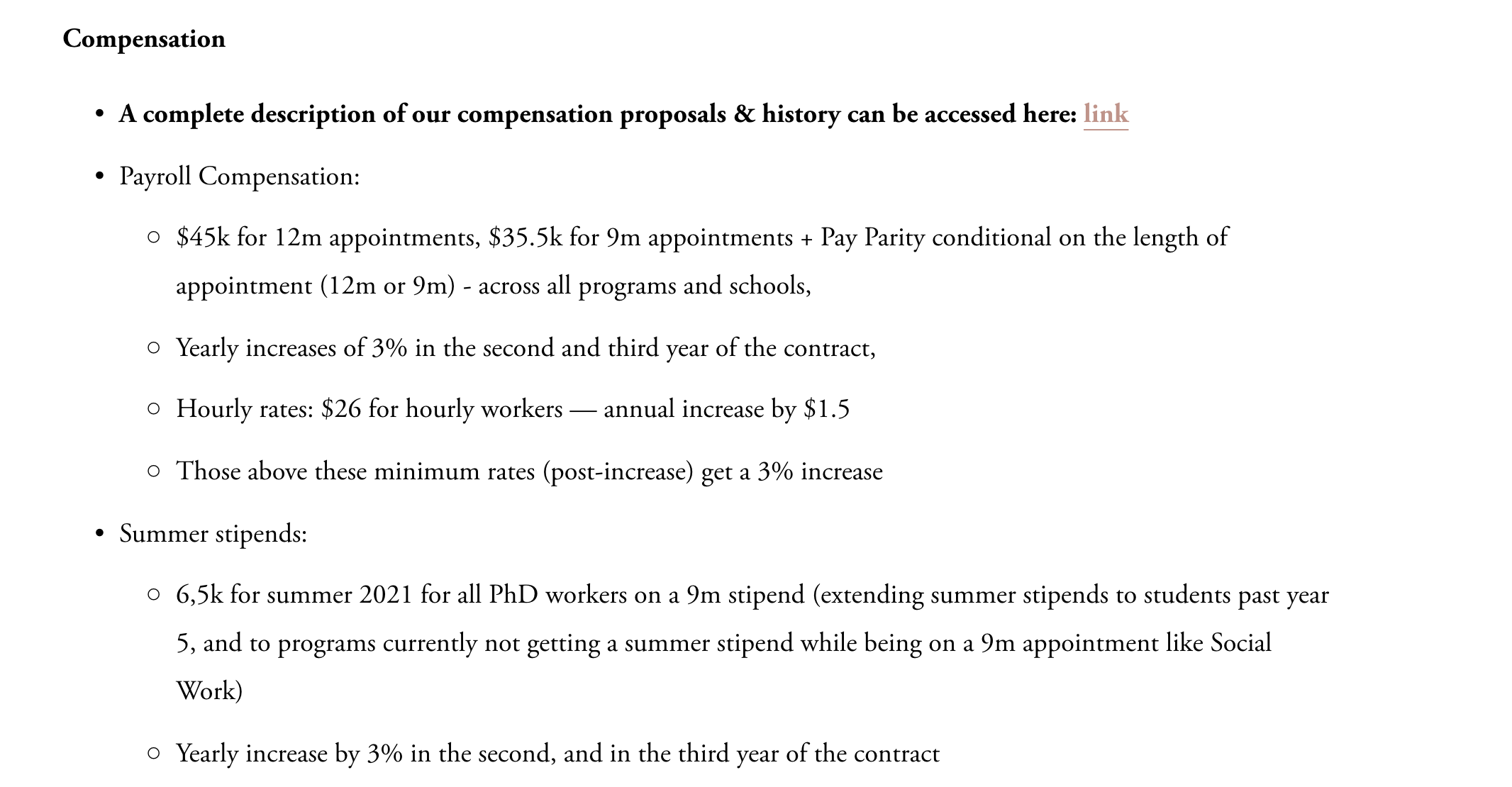 The university maintains that the strike is “unnecessary” as they have repeatedly called for mediation. According to the university’s bargaining update, the school is “committed to taking every reasonable step to end the strike.” (RELATED: Chicago Mayor Says Teachers Union Acting Like ‘Political Party’)

The union’s demands became a point of contention among the student body before the second strike was initiated. According to an email from Dennis Mitchell, the school’s vice president of university life, students bombarded a class taught by the university’s president demanding that the school capitulate to the union.

“I write to you today not because the class was taught by Lee Bollinger, University President, but because I believe it is important to clearly establish that disrupting any faculty member and any group of students in the midst of teaching and learning — literally shutting down a class in sessions, robs all in attendance of their opportunity to learn,” Mitchell said. “More importantly, disrupting a class — any class — undermines one of our core University values — freedom of expression.”

Columbia told the New York Times that it will not comment on the strike until mediation is completed.