The National Labor Relations Board (NLRB) ordered a new unionization election at an Amazon warehouse in Alabama, ruling that the company violated federal labor law during the first election.

“Today’s decision confirms what we were saying all along – that Amazon’s intimidation and interference prevented workers from having a fair say in whether they wanted a union in their workplace – and as the Regional Director has indicated, that is both unacceptable and illegal,” Retail, Wholesale and Department Store Union (RWDSU) President Stuart Appelbaum said in a statement Monday.

“Amazon workers deserve to have a voice at work, which can only come from a union,” he continued.

The RWDSU, the union that attempted to unionize workers at Amazon’s Bessemer, Alabama, facility, challenged the results of the election in April, shortly after the votes were tallied. The union alleged that Amazon harassed, intimidated and threatened warehouse workers in an effort to prevent them from voting in favor of unionization. (RELATED: Labor Board Recommends New Union Election At Amazon Facility) 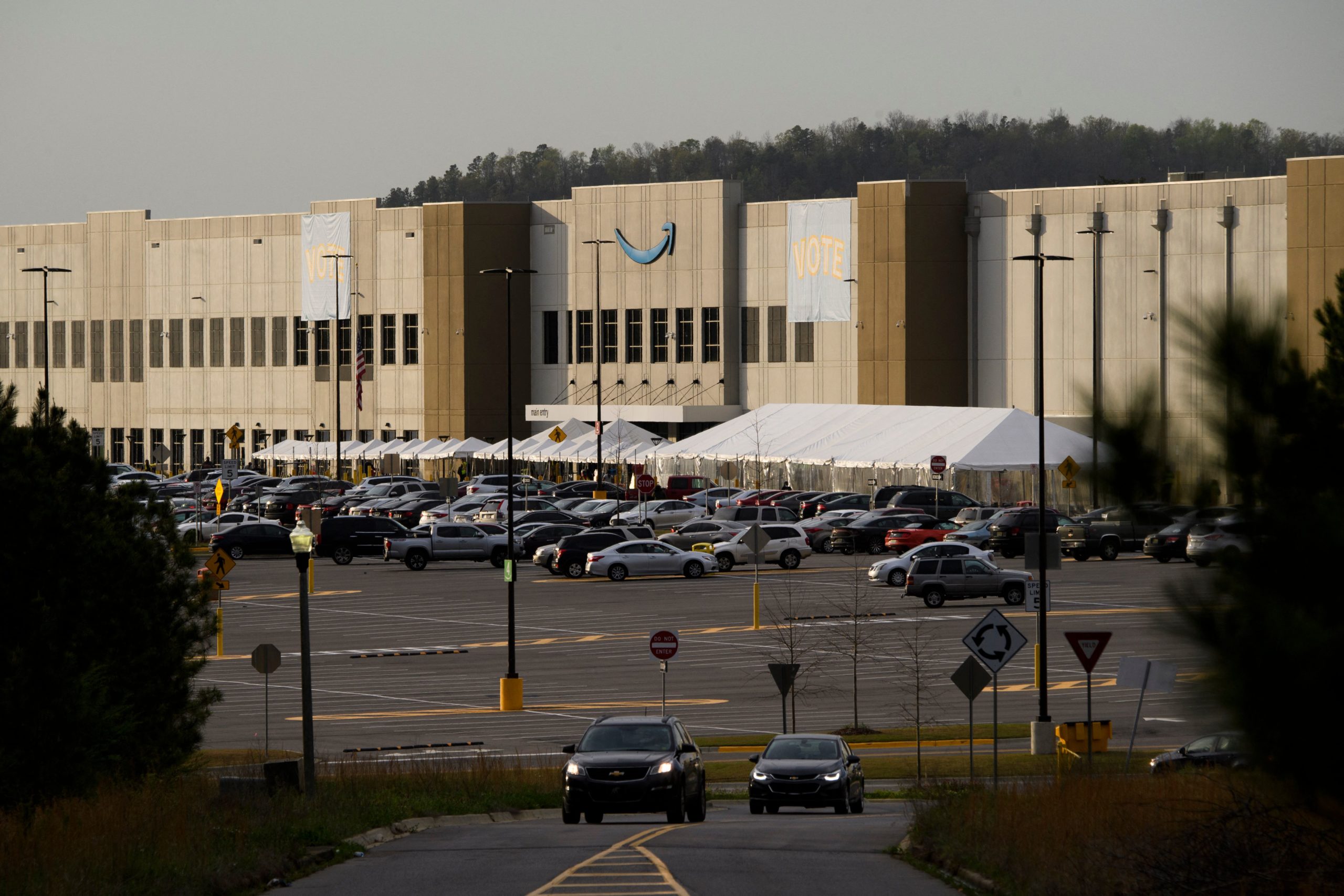 On April 9, the labor board announced that the vast majority of warehouse workers who voted in the election had rejected unionization. Amazon said at the time that it was glad workers’ “collective voices were finally heard” despite the “noise” surrounding the election.

But the RWDSU accused Amazon in a brief filed with the NLRB of warning workers of layoffs and even a possible closure of the facility if they were to support unionization. The union also alleged that Amazon created an “atmosphere of coercion and intimidation” during the election by hiring local police officers for security.

The regional NLRB office held a hearing in May where both sides were present to review claims of worker intimidation. In August, Hearing Officer Kerstin Meyers recommended that the federal board order a new election.

“Our employees have always had the choice of whether or not to join a union, and they overwhelmingly chose not to join the RWDSU earlier this year,” Amazon spokesperson Kelly Nantel said in a statement to the Daily Caller News Foundation on Monday. “It’s disappointing that the NLRB has now decided that those votes shouldn’t count.”

“As a company, we don’t think unions are the best answer for our employees,” she continued.

It is unclear when the new election will take place.