A working group within the Democratic Socialists of America (DSA) is calling for the expulsion of Democratic New York Rep. Jamaal Bowman over a series of moves that it views as too supportive of Israel.

In recent months, Bowman has voted in favor of a $1 billion aid package to fund Israel’s Iron Dome missile defense system, declared his opposition to the Boycott, Divest, and Sanction (BDS) movement, and visited Israel on a tour led by the left-wing group J Street.

These actions “show that he simply is not in solidarity with Palestinians,” the DSA BDS and Palestine Solidarity Working Group claimed in a Medium post. The working group is one of more than 20 organizations within DSA that have called for Bowman’s censure or expulsion, according to the socialist Tempest Magazine.

A spokesperson for Bowman declined the Daily Caller’s request for comment on the matter.

Following Bowman’s initial comments condemning BDS, local DSA groups met with staffers as part of an “accountability process” for the representative, according to the Medium post. The group ultimately told Bowman and his chief of staff that “Zionist propaganda events are carefully constructed to validate Zionism by advancing certain narratives that normalize Israeli apartheid and the ongoing ethnic cleansing of Palestinians from historic Palestine.” Many experts have called comments like these anti-Semitic, because they play on ancient tropes of Jews as liars and manipulators. (RELATED: Think Tank Report Takes Aim At Anti-Semitism Sprouting Up In ‘Critical Social Justice’) 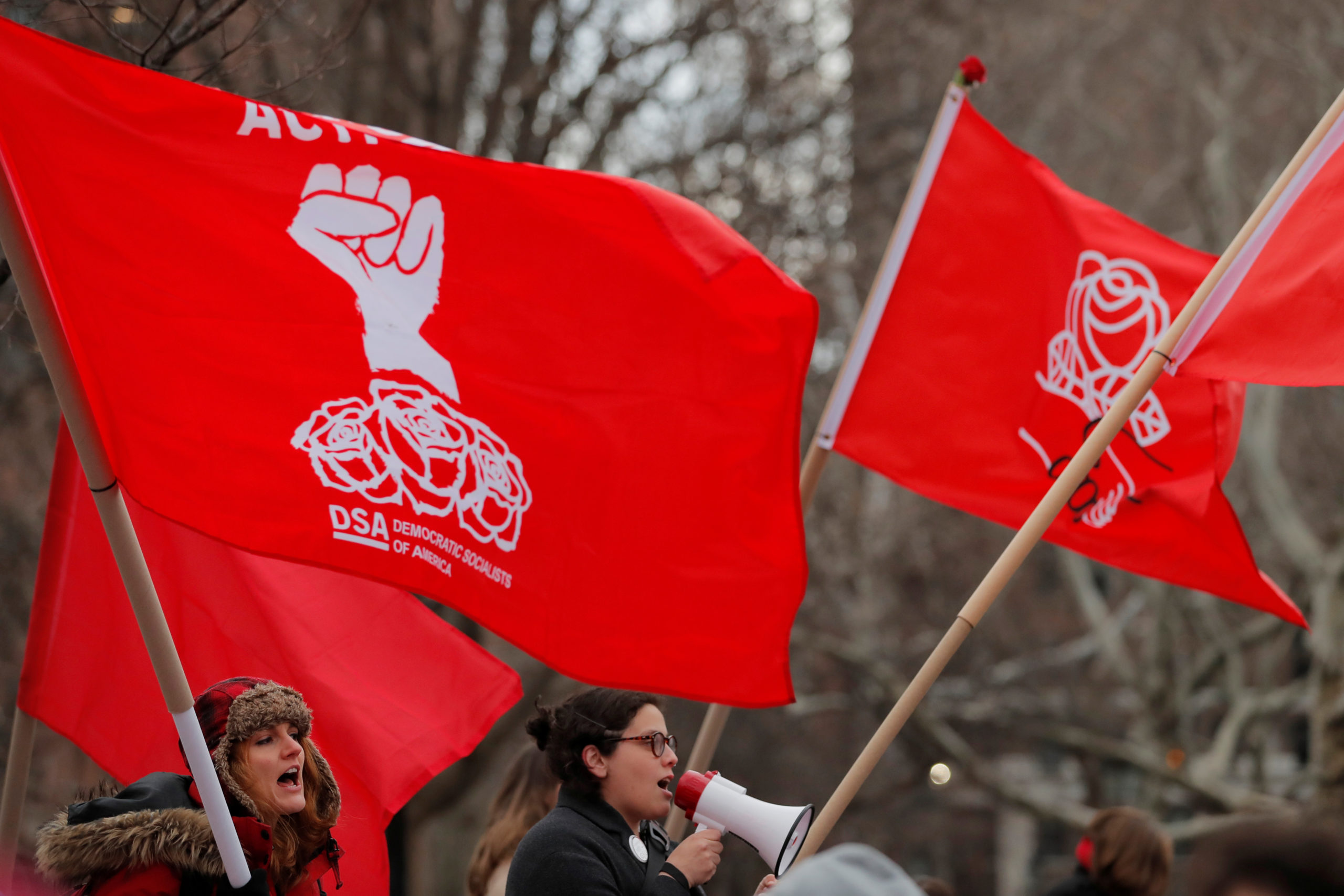 The Iron Dome funding vote, as well as the J Street tour and opposition to BDS, “were not matters of lacking education, but matters of political calculus,” according to the working group. “Although Bowman desires to be good on Palestine, he is not ready to take on the Zionist lobby yet and principally stand by his stated values.”

The DSA BDS and Palestine Solidarity Working Group also did not immediately respond to multiple requests for comment from the Daily Caller on the matter.

Bowman defeated long-time representative Eliot Engel in a brutal primary fight. Many Jewish and pro-Israel groups expressed dismay at the loss of Engel, a long-time supporter of Israel, in part due to Bowman’s DSA connections. During the primary, Bowman claimed that Palestine was in the midst of a “humanitarian crisis,” and compared then-Israeli Prime Minister Benjamin Netanyahu to “far-right authoritarian leaders” in “Saudi Arabia, Europe, [and] India.”

Shortly after winning the general election to his Bronx and Westchester-based seat, Bowman claimed that American capitalism is “slavery by another name.” He also supports defunding the police.

Due to these other positions, as well as the composition of his district, the call to censure or expel Bowman from DSA has faced push-back from within the organization and among others on the left. Following a statement from the DSA national organization calling investigating Bowman’s Israel trip its “highest priority,” one DSA official reportedly told the New York Post that the group does not have “the infrastructure or mechanism” to punish the freshman representative.

“A knee-jerk response to write off or expel political allies who don’t completely line up with us will confine us to the continued marginality of purity politics,” Hadas Thier, a staff writer at the socialist Jacobin Magazine, claimed. “It earns the Left a reputation as those who would rather engage in endless Twitter wars than practical political work.”