A federal judge in Louisiana delivered an injunction to Biden’s vaccine mandate for healthcare workers that applied to all 50 states on Tuesday.

The mandate from the Centers for Medicare and Medicaid Services (CMS) had required healthcare workers in 21 different categories to be inoculated with one dose by Dec. 6, 2021, and to receive the second dose by Jan. 4, 2022. Failure to obtain vaccination by these dates would result in punitive action that included “termination of the Medicare/Medicaid Provider Agreement.” The mandate went into effect on Nov. 5, 2021.

“The CMS Mandate requires over 10.3 million healthcare workers to be fully vaccinated with one of the COVID-19 vaccines in two months,” the document stated.

The court document discussed how the CMS Mandate went into effect immediately, disregarding the Administrative Procedures Act, which provides an opportunity for comment from the public on newly proposed rules. 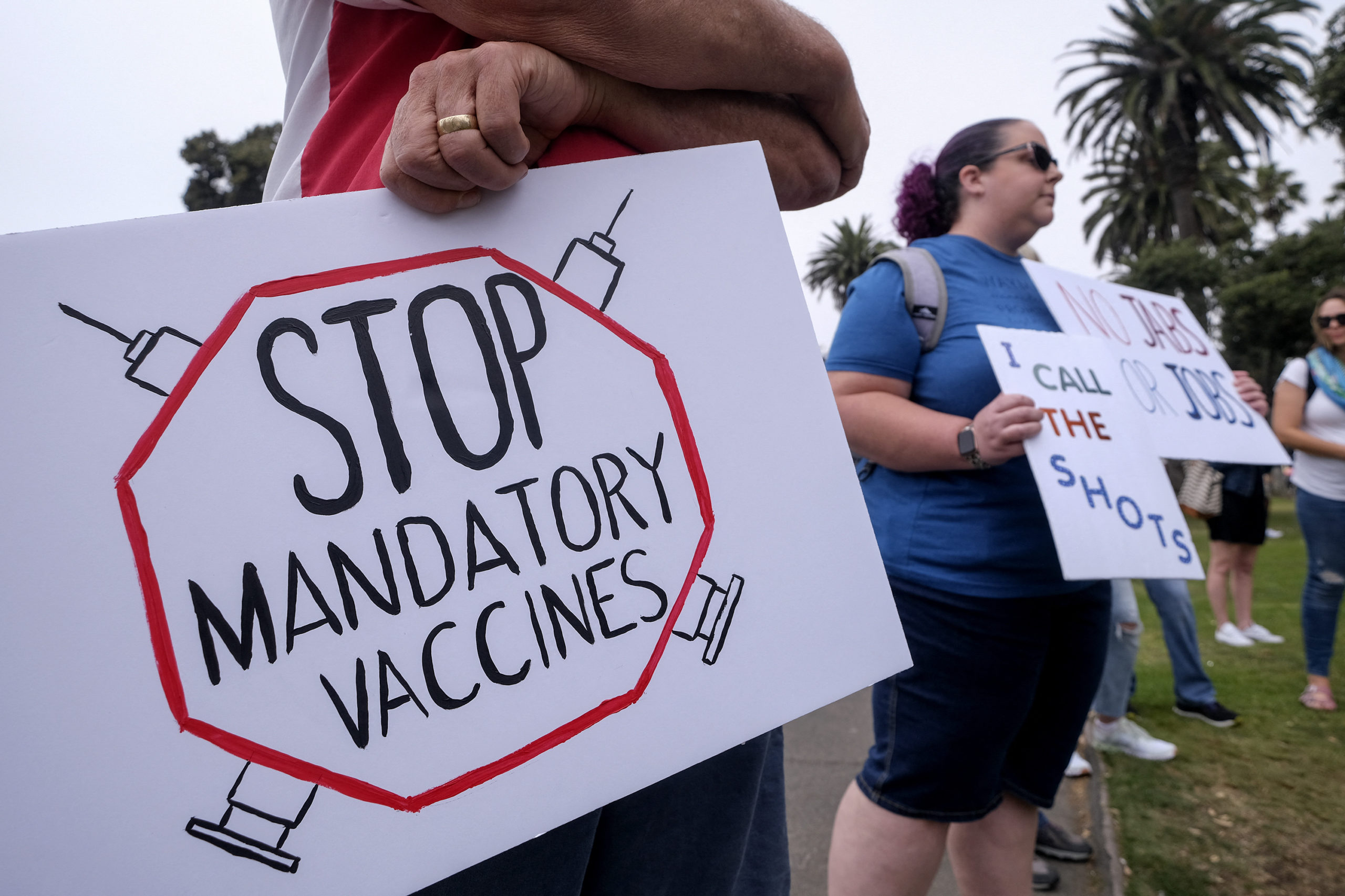 CMS stated the reason for imposing this mandate was “In light of our responsibility to protect the health and safety of individuals providing and receiving care and services from the Medicare and Medicaid certified providers and suppliers, and CMS’s broad authority to establish health and safety regulations, we are compelled to require staff vaccinations for COVID-19 in these settings.”

After discussing the effect of potential staffing losses, it was decided that there was not enough evidence to support the ramifications of this situation. Recently, a hospital emergency room in Long Beach, New York, was reportedly forced to temporarily close due to a lack of vaccinated nurses, reported CBS 2.

Apart from the mandate raising “serious constitutional concerns, ” the court found “irreparable harm” for petitioners deciding between their jobs or the vaccine. The document also said that “the loss of constitutional freedoms for even minimal periods of time constitutes irreparable injury.”

Both the OSHA and CMS mandates were deemed by the court as exceeding their power, as only Congress can legally enact new laws.

The court found that there was a public interest in halting the OSHA mandate, saying that “maintaining the country’s constitutional structure and maintaining the liberty of individuals and to make intensely personal decisions, even when those decisions frustrate government officials.”

Louisiana Attorney General Jeff Laundry applauded Judge Doughty’s decision to grant the injunction, praising him for acknowledging the likelihood of success and delivering medical freedom. “While Joe Biden villainizes our healthcare heroes with his ‘jab or job’ edicts, I will continue to stand up to the President’s bully tactics and fight for liberty,” Landry said.

The Daily Caller reached out to the Centers for Medicare and Medicaid Services (CMS) for comment but did not receive a response in time for publication.