A handful Senate Republicans could force a weeklong government shutdown if they use procedural tactics to slow the passage of a short-term funding bill over its inclusion of money for President Joe Biden’s vaccine mandate.

The Senate had hoped to quickly take up a stopgap funding bill this week and pass it on an expedited timeline before the government runs out of funding at midnight Friday, but that would require agreement among all 100 senators to yield back procedural time. If the group of conservatives, led by Utah Republican Sen. Mike Lee, object, a bill to fund the government through late January could take up to nine days to pass.

“When a [funding bill] reaches the Senate Democrats are going to support it and work to pass it as quickly as possible,” Majority Leader Chuck Schumer said Wednesday on the Senate floor. “Our Republican colleagues, meanwhile, can either work with us to move the process quickly through the chamber or they can engage in obstructive tactics that will make a government shutdown almost a certainty.”

“Sadly,” Schumer added, “this second option seems to be the path that a few on the other side are choosing.” (RELATED: Shutdown Narrowly Averted After House Passes Short-Term Funding Bill) 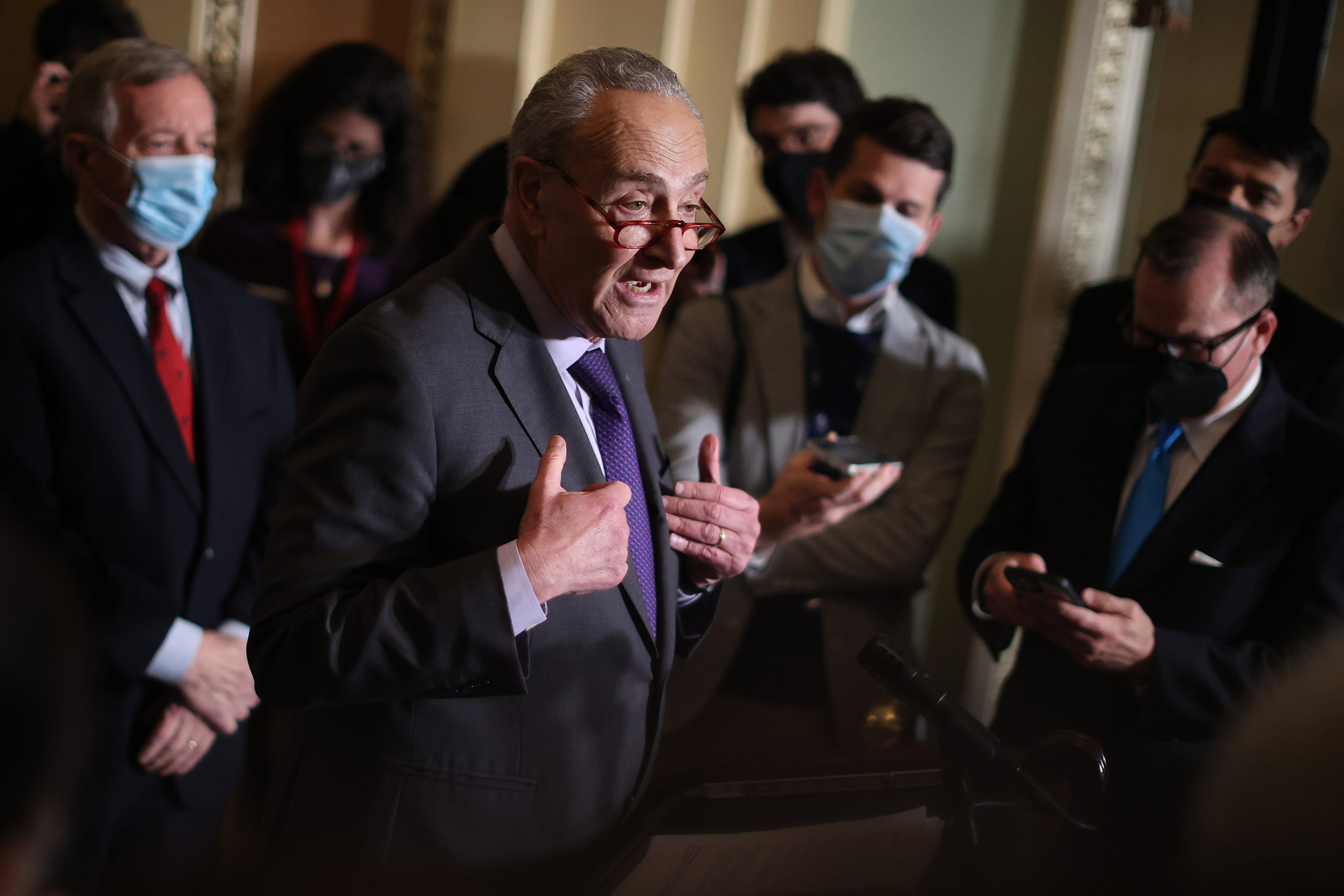 The multi day holdup would also not occur until the House passed a stopgap bill, and as of Wednesday afternoon text of one did not exist. (RELATED: Senate Republicans Block Annual Defense Bill Over Lack Of Debate, Amendment Votes)

Republicans’ plans to oppose funding for vaccine mandates was not entirely new. At least 11 senators led by Kansas Republican Sen. Roger Marshall signed a letter to Schumer in early November demanding that the provision be dropped from future spending bills, vowing to use “all means at our disposal to oppose” legislation that contained it.

“Nor will we vote for or support cloture on any continuing resolution in the absence of language protecting Americans from this action,” they added. “The American people have gone through enough.”